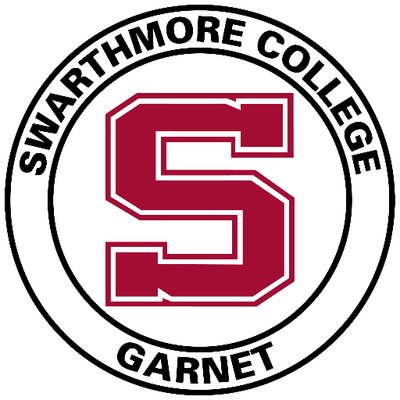 In the experience of Eric Wagner, head coach of the men’s soccer team, many players quit because of time constraints, a diminishing passion for the sport, and new, emerging interests.

“Most often I hear from players that they no longer have the passion to spend the time on the game in and out of season that is needed to keep up and be a contributor,” Wagner said. “But I’ve also had players whose injuries have shortened their careers and who want to pursue other extracurricular passions.”

For senior and former men’s lacrosse player Matt Lee ’19, who quit after two and a half years, time commitment was the biggest issue.

“Regardless of in season or out of season, playing a varsity sport is a huge time commitment,” he said. “I didn’t realize how much free time I would have to give up to keep playing.”

Because of the amount of time required to play a collegiate sport, student athletes make sacrifices to continue playing. They are limited in what other activities they can pursue and aren’t always able to take certain classes because of scheduling conflicts.

“I found that I had to make a lot of sacrifices to keep playing during junior year,” Lee said. “There were some classes I couldn’t take and some weekends where I’d have to stay in to catch up on work.”

While academics are challenging, Wagner believes athletes successfully manage the rigors of both their sport and class workload. In his experience, it is typically not a reason why many athletes quit.

“I don’t see that academics are usually a reason players decide not to play,” Wagner said. “Our players usually do better in season and when they are in the team than they do out of season or after they leave the team. Balancing the academics is just what Swatties do, and they do it well.”

Former baseball player Tommy Bothwell ’20 quit the team after his freshman year because he was losing his love for the sport.

“In order to continue playing a varsity sport for all four years, sacrifices to personal interests are inevitably going to be made because of the time commitment that comes with playing a sport,” Bothwell said.

Bothwell identified interests other than athletics during his first year. Quitting the team allowed him more freedom to follow some of these interests.

“I’m very interested in educational policy, so quitting baseball afforded me needed time and opportunity to conduct fieldwork and so forth that I otherwise wouldn’t have been able to do as effectively,” he said. “I think once I isolated what I was academically interested in/wanted to further explore, the decision to stop playing was a rather easy one to make.”

Anna Suh ’22, a first year and former field hockey player, stopped playing after her first season partly because of the time commitment, but also because the sport become less enjoyable for her.

“I only played one season because I don’t think I was ready for the transition from high school to collegiate level of play,” Suh said. “In effect I endured a lot of self-inflicted pressure which made the sport that I used to love less enjoyable. I loved the team aspect of the sport, but the field hockey part was not enjoyable. Since playing is such a big time commitment, I didn’t think playing was something I wanted to continue with.”

Although Suh isn’t completely set on what she will do in place of field hockey, she is interested in exploring the clubs the college has to offer.

Michael Thut ’19 played on the men’s soccer team through his junior year. He decided to quit because of numerous head traumas.

“I decided to stop playing due to a severe concussion sustained while playing soccer,” Thut said. “The healing process, as well as the fear of getting another concussion, drastically outweighed the benefits of returning to soccer for one-to-two more years.”

For Thut, who mentioned that he would have otherwise played all four years, his personal health was more important than playing, and encouraged him to make the change.

Thut also mentioned why many other athletes end their athletics careers before their senior year.

“College sports are an intense commitment,” he said. “I believe balancing Swarthmore academics with this commitment is extremely hard and can become overwhelming as classes get more intense. On top of this, I believe the college system is set up in a way that does not emphasize growth. It is hard to improve in a short and condensed season, particularly because most of your time is devoted to preparing/playing for games.”

Thut mentioned how off season restrictions also make it difficult to grow in a Division III sport.

“Unfortunately, it is hard to grow in the off-season as well because there is little to no oversight due to NCAA regulations,” he said. “I believe people who are uncomfortable with their roles in the team lose their drive because they feel like their role will not change, especially when underclassmen come in and take their position.”

NCAA off-season regulations restrict the number of hours teams can spend on organized trainings. Coaches cannot make contact with players about athletics out of season and can only observe team training during a short period of the off season. This makes it more difficult for athletes to develop, and when their playing time changes little between seasons, many athletes become discouraged and quit.

Quitting wasn’t a reality for Cameron Ricciardi ’19. Ricciardi has been on the men’s soccer team for all four years despite sustaining a hip injury that kept him from playing for almost a year.

“Right before my junior year, I tore something in my hip and was out for the entire season,” Ricciardi said. “I had surgery to fix it and still dealt with residual pain until August, almost a full year later.”

Although Ricciardi was on the roster every year, he commented on why many athletes don’t play all four years.

“The most common reason I’ve heard from people who leave sports teams is that it’s no longer fun for them,” he said. “Some people grow frustrated with relationships with their teammates or coaches. Some people are unsatisfied with how much time they get to spend on the field. Some people decide they would rather pursue other interests. There are also people who don’t really have a choice. Some people are cut from teams, and some people can’t play anymore due to injury.”

Ricciardi played all four years because of the enjoyment that came with being part of a team.

“I decided to play this year only because I thought it would be fun,” Ricciardi said. “I have always enjoyed playing soccer and being a part of a positive team culture. I was aware that my skills had depreciated after sitting out for a year, but I wanted to be involved in the team.”

Many athletes share Ricciardi’s reasons for playing sports at Swarthmore. Although some don’t play all four years, most appreciate the role their team played in providing a social group for themselves.

“Soccer has also given me a strong social support system that reaches across seven class years,” Ricciardi said.

Lee also mentioned the social role his team played in his experience at Swat.

“Coming to school, I was a little nervous about making new friends, but being part of a team made that process a lot easier since you get to know 40 guys very quickly,” Lee said.

Even after he left the team, the social group continued to play a role in his life.

“Leaving the team didn’t mean that I was leaving my group of friends,” Lee said. “When I did quit, I was definitely bummed out for a few weeks. But now I find myself much happier that I did as I have more free time, and I still see all my friends from the team.”

“Besides playing together, teammates would eat and have classes together, so social life, academic life and sports all revolved around the same people.”

Many Swarthmore students have quit sports teams because of the rigors of academics, the time commitment of athletics, the opportunity to explore other interests, or severe injuries. At the same time, many athletes play for all four years. But even for those who quit, the social side of athletic teams has been a meaningful presence in their experience at Swarthmore.

“I really enjoyed my time playing baseball here at school,” Bothwell said. “I truly appreciate the friendships I made from baseball and the shared camaraderie we all had when playing. It was truly a defining experience for my time here at school.”