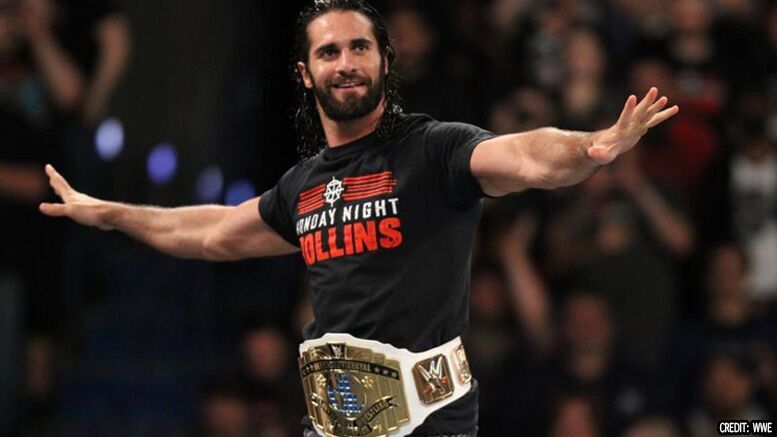 In two weeks, on December 16, World Wrestling Entertainment will hold its Tables, Ladders, and Chairs pay-per-view. Named after its signature match, where a briefcase or championship is held above the ring, and competitors have to use any combination of tables, ladders and chairs to retrieve it (and incapacitate their opponent), the event is sure to be unforgettable. Here are some of the top stories heading into the event.

First, perhaps no news rocked the world of professional wrestling as much as the sudden retirement of Joe Anoa’i. Known as Roman Reigns in the ring, Anoa’i revealed on “Monday Night RAW” in October that he had been dealing with leukemia for 11 years, and that it had returned. Stepping out of character, Anoa’i apologized and thanked the audience, and announced that he would have to take an indefinite leave of absence immediately. At the time RAW’s world champion, Reigns vacated the championship, before saying one last goodbye to his stablemates Dean Ambrose and Seth Rollins. In the wake of the sudden announcement, many predicted that the remaining members of The Shield, composed of Reigns, Ambrose, and Rollins, would be closer and more unified than ever. Even when Ambrose’s loyalties had been tested at several pay-per-views earlier in the year, The Shield had stayed together, and only become stronger. Reigns’ departure was yet another obstacle the faction had to overcome.

Later the same evening, as Anoa’i said his goodbyes to the rest of the locker room, The Shield appeared to be passing the test with flying colors. Ambrose and Rollins, facing off against longtime rivals Dolph Ziggler and Drew McIntyre, beat the latter decisively in a match for RAW’s Tag Team Championships. The Shield was doing Reigns proud — fighting harder than ever, and with the titles to prove it. But just as the duo celebrated in the ring, Ambrose finally snapped. With his best friend in the WWE possibly gone for good, he unleashed all his frustrations on Rollins, beating him to a pulp and screaming “Are you finally happy?” Over the following weeks, he vilified Rollins, claiming the latter only ever cared about his championships and personal glory, and had never cared about his brothers. Rollins, who now held both the Intercontinental and Tag Team Championship, had betrayed The Shield in 2014 to pursue the WWE World Heavyweight Championship, and Ambrose had never forgotten it, even after Rollins’ repeated apologies. With Reigns not there to hold him back or help him, Ambrose declared Rollins had taken everything from him, and now he was going to repay the favor. When The Shield was booked in a match for the RAW Tag Team Championships, Ambrose didn’t show up, leaving Rollins to defend the titles in a valiant, but losing effort. After the match was over, Ambrose ambushed Rollins again, decimating him at ringside, and reiterating his promise to take everything from Rollins. Rollins, finally having had enough, gave up on trying to help Ambrose, and challenged the latter to a TLC match, putting up the Intercontinental Championship to goad Ambrose. The latter readily accepted, and as the weeks went by, the two have gone to all-out war, attacking each other at every opportunity. At TLC, Rollins and Ambrose are bent on settling the score once and for all — even if that means destroying their former brother-in-arms.

TLC’s other main event match is for the WWE Championship, contested between two wrestlers on WWE’s “SmackDown” brand — AJ Styles and Daniel Bryan. For Bryan, it’s a story of redemption gone horribly awry. After being forced to retire from competition in 2016, he served as General Manager of SmackDown for two years, until this past March, when he triumphantly announced his return to the ring. After a few months of feuds, including an extended rivalry against his former mentor The Miz, Bryan finally achieved his goal — a WWE Championship match against then-champion AJ Styles. It had been a championship match four years prior where Bryan had been immortalized as one of the greatest ever, defeating wrestling legends Randy Orton, Batista, and Triple H all in the same night to seize the WWE World Heavyweight Championship. On the October 30 episode of SmackDown, he finally had his chance to reclaim that glory, and be the face of the WWE once again.

But it was not to be, as Styles forced Bryan to submit, and the glory slipped between his fingers once again. While it was just another successful defense in Styles’ 371-day title reign, it seemingly set something off in Bryan, who adopted a far more aggressive persona. Originally a co-captain of the SmackDown Men’s Survivor Series team alongside The Miz, Bryan was kicked off the team after attacking team member and former rival Samoa Joe. He then provoked Styles into another title match by attacking him on the SmackDown prior to Survivor Series, leading SmackDown Commissioner Shane McMahon to declare a title match between the two that night. Once the honorable, proud face of the company, Bryan showed none of that former integrity in his second title match. While the referee’s back was turned, Bryan low-blowed Styles, then hit him with his finishing move, a running knee. The referee turned around to see Bryan covering Styles, and after a three-count, Bryan had the WWE Championship — though at what cost? At Survivor Series, Bryan represented SmackDown against RAW’s world champion, Brock Lesnar, in a losing effort. Even after Lesnar defeated Bryan, though, Bryan laughed it off, seemingly in a trance. In the most damning shunning of the fans, in the weeks after Survivor Series, Bryan declared the “YES Movement,” a fan-led movement that he’d been at the center of during his climb to the top in 2014, dead once and for all.

For Styles, TLC will be his first pay-per-view match where he hasn’t held the WWE Championship since November 2017, when he defeated Jinder Mahal for the title on SmackDown. Coincidentally enough, the circumstances by which Styles lost the title are quite similar to the ones by which he gained it — both were on episodes of SmackDown building up to Survivor Series, and in the case of his first title win in 2016, he has both gained and lost titles through low-blows. Styling (pun intended) himself “The Face that Runs the Place,” the former champion will now have to knock off Bryan, and whatever underhandedness his rival may bring to the table. Styles can take solace in one fact, though — Bryan has never beaten him clean one-on-one.

Amidst finals season, it’s difficult to find time, but if you if happen to have the opportunity, tune in to WWE TLC, where these stories, amongst others, will continue to unfold. To watch how it all goes down (or to further put off studying), tune in to the WWE Network on December 16, and enjoy.