Opinion » The GOP Tax Plan is Worse Than You Think 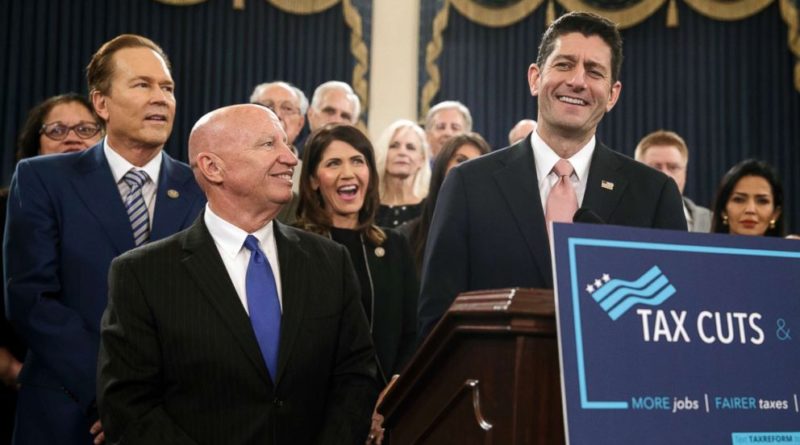 When Congress passed the Tax Cuts and Jobs Act and signed into law in December 2017, economists predicted that most of its benefits would accrue to the wealthiest taxpayers, with a negligible long-run effect on GDP. Major changes included cutting marginal income tax rates and slashing taxes on corporations. Higher income households would receive larger tax cuts as a percentage of after-tax income, firmly establishing the TCJA as a regressive tax plan. Even leaving aside the troubling distributional implications of the TCJA, the vast majority of economists agree that a massive fiscal stimulus while the economy is at or above full employment is irresponsible because of its potential to increase inflation. Given its shaky economic justifications, it is clear that the law had political motivations to provide a short-term stimulus to the economy ahead of the midterms, allowing the Republicans running for re-election to reap the electoral benefits of a strong economy.

Now that the tax cuts have been in effect for almost a year and the midterms are over, it is a good time to look back over the past year and consider what the effects the TCJA has really had on the economy so far, keeping in mind that it is probably too soon to see the TCJA’s full effects. Republicans claimed that the TCJA would expand business investment and boost economic growth. Early evidence suggests that these claims haven’t come true, despite healthy GDP growth above three percent in the second and third quarters of 2018.

Right now, the economy is strong: GDP growth is relatively robust and the unemployment rate is very low. However, these signs of strength are characteristic of an economy during a historically long expansion and are not due to the TCJA. For example, GDP growth this year has primarily been driven by consumer spending, according to the Tax Policy Center. We have not seen the large expansion in business investment Republicans claimed would result from the TCJA’s massive corporate income tax cuts. Analysis by the Tax Policy Center shows that the short-term stimulative effect of the tax cut may already be over, because whatever small effects the TCJA had have been nullified by rising interest rates. More importantly, the government should be engaging in countercyclical fiscal policy, but whatever small stimulative effect the TCJA had was procyclical because the economy is currently doing very well.

The most significant economic effect of the TCJA so far is likely its impact on government deficits, as the tax cuts have significantly lowered tax revenue, particularly revenue from corporations. The Congressional Budget Office predicts that the deficit will be over $1 trillion in fiscal year 2019, and deficits will remain above $1 trillion permanently if nothing is done to raise revenue or cut spending. Republicans claimed that tax cuts would pay for themselves, boosting economic growth by enough to bring in the same amount of revenue under a lower tax rate. The expanding government deficit proves that this isn’t happening now, and certainly won’t happen in the future because the TCJA is projected to have a negligible long-run effect on GDP. The consequences of an unsustainably large government debt may be severe. Many economists agree that government debt is a drag on economic growth. Purchasers of government bonds may lose confidence that the government will repay them without resorting to massive inflation. Additionally, higher government debt constrains our ability to aggressively respond to a future recession with fiscal expansion. Since tax revenue will decrease if the economy slows down, deficits may increase by even more than the current projections should we enter a recession.

Economists warned about the lackluster positive effects and massive effect on the deficits of the TCJA, and they have been proven right. Policymakers should have listened to them, but instead, future generations are saddled with more debt, a more unequal tax system, and no additional economic growth to speak of. One year after the TCJA became law, it’s clear that the only major legislation the Trump administration has passed so far has been a failure. Not only did the TCJA have no economic justification, but the electoral benefits of a booming economy also didn’t even prevent the Republicans from losing their majority in the House of Representatives.