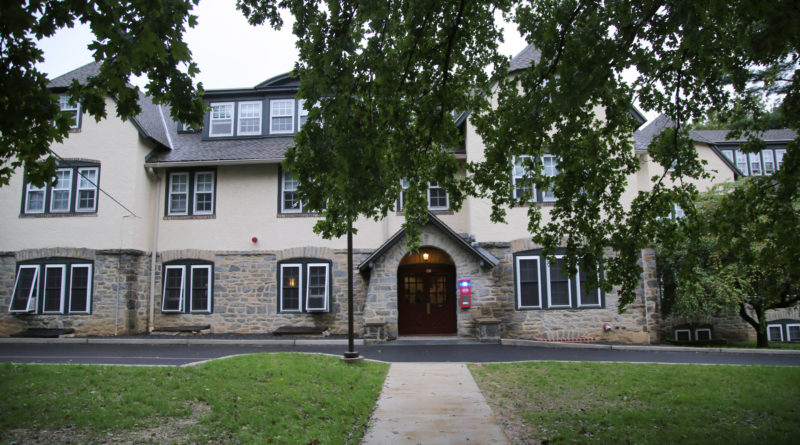 About a month after all my other friends from different colleges got their room assignments, I finally got mine (through Cygnet, of course). I didn’t know what any of the Swarthmore dorms were called, so when I saw “Mary Lyons” under my name, I instantly turned to Google to scour for pictures. At first, the building looked strangely out of place in comparison to the other dorms I saw on campus during Swatstruck: it resembled a bed & breakfast with small, slanted windows that dug into what looked like a thatched roof. While surprising at first, Mary Lyons still seemed quaint and cozy, so I could only assume the experience of living there for the next year would be just that.

But then, in the next picture I scrolled by, I saw the driveway.

Do other dorms at Swarthmore have driveways? Panicked, I couldn’t think of one off the top of my head. Why would a dorm on campus need a driveway, anyway? Setting my computer aside, I scrambled through various letters from Swarthmore (too many, really), and found a campus map. I looked through the dizzying list of names –– why are there so many buildings named after this Lang guy? –– and eventually, after some effort, found Mary Lyons… in the bottom left corner of the map. Figuring Mary Lyons was some sort of off-campus housing for seniors, I texted my mom laughing the dorm assignment off: can you believe they put me in off-campus housing?

We figured out together, though, after some more intensive Googling, that first-years are very much allowed to live in Mary Lyons. It may be considered off-campus housing, but the childish novelty of that title swiftly wore off. I realized I’d probably have to walk through the sinister, fluorescent-lit tunnel underneath the SEPTA train tracks every night just to get back to my dorm (this was before I knew there was a shuttle). At least there were single-occupancy bathrooms on my floor.

Once the much anticipated move-in day finally arrived, it became increasingly clear that ML really was off-campus housing. My dad even refused to walk from ML to campus just because Google Maps claimed it would be a 15 minute walk. Considering the 95°F weather, I admittedly understood his reluctance, and half-heartedly agreed to be driven back and forth between “Alaska” and “mainland America,” a joke a friend on my floor coined after just one day of living in ML.

Orientation week, however, kept me primarily on campus until midnight. During that week, learning about roommate contracts and alcohol, the distance to ML didn’t even seem that bad (even though it was a sluggish, 20 minute walk in the heat). In fact, I honestly didn’t mind retreating to ML after seemingly being forced to mingle for hours on end, and appreciated the lounge not only for its AC, but also the community it fostered.

That Monday after orientation was different. Setting my alarm for 7 a.m. to catch my 8:30 class (my first class at Swarthmore ever), I was surprised to be jolted awake at 6:15 a.m. instead. Quickly realizing the fire alarm was wailing, I thought I had somehow set it off with my non-existent microwave or candle, and that it was All My Fault that the alarm was going off in the first place (it wasn’t).

When I rubbed some of the grogginess from my eyes, I slipped on my sandals and reluctantly made my way downstairs along with the other equally disillusioned members of my floor. Finally making it down three flights of stairs, I saw the ML lounge out of the corner of my eye and knew that I’d soon find salvation from the blaring fire drill. In this excitement, however, I skipped the very last step of the very last flight of stairs and landed uncomfortably on my foot.

And it hurt. I had landed strangely on my foot countless times in the past, sure, and I figured the pain from this little (badly-timed) incident would end relatively quickly, even though my foot was clearly protesting underneath my sandal. But once I got up to my dorm, still bitter that I woke up just to get hurt, I saw there was a bump on my foot about the size of an avocado pit. Alarmed, I tried to call my mom, who, like me, couldn’t think of how I would manage hobbling down the stairs and crawling to campus from ML.

To my luck, I somehow did manage to hobble down the stairs and catch the morning shuttle. For some reason, I thought getting to my first ever 8:30 class on time was far more important than squirming to the health center to check on my avocado-sized foot, so I got ice from Sharples and crept LPAC instead. And now, a week later, I’ve got a blue-and-purple stripe down my foot, covering two of my toes. To be fair, it’s a badass bruise, and at least the swelling is completely gone.

While I’m sure the experience of spraining (and badly bruising) my foot during the first week of classes would probably be much more convenient if I lived in, say, Parrish, ML somehow defined and added some humor to the whole accident. Coming home at night with the shuttle, I was able to laugh about my foot in the lounge with other fellow students as we all simultaneously complained about how annoying that fire drill really was. We’d always conclude our conversations, though, by laughing it off, admitting how much we all actually loved ML, the community that the distance from “real campus” inherently created, and the fact that we’d be able to brag about having crêpes here on Sundays for ML breakfast (even though we don’t know when that’ll come into effect).

I think I actually really like this corner of our campus map.