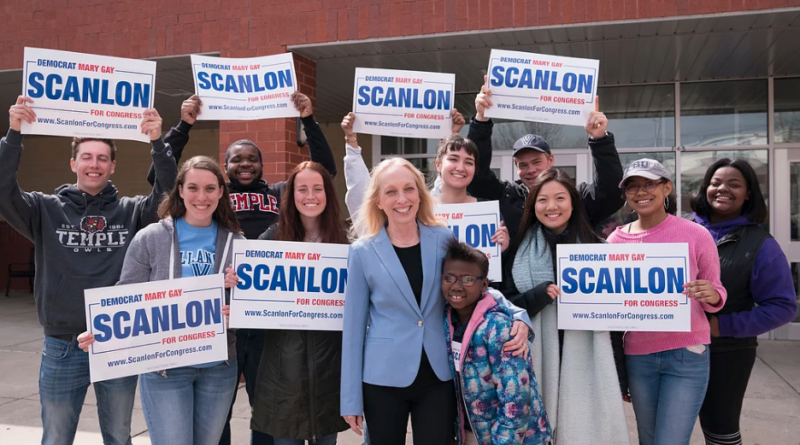 Last night, the Swarthmore College Democrats (SwatDems) Executive Board unanimously voted to endorse Mary Gay Scanlon for Congress in Pennsylvania’s newly-redrawn 5th Congressional District. Scanlon, a Swarthmore resident, has spent her career fighting for children and families, as an attorney for the Education Law Center of Philadelphia, the Pro Bono Counsel for Ballard Spahr, and co-chair of the Philadelphia Bar Association’s Commission on Children at Risk. Scanlon is a strong progressive, committed to issues including universal health care, increasing environmental protection, and advancing LGTBQ rights (a more comprehensive list of her issue stances and policy plans can be found here). Scanlon faces nine other candidates in the Democratic primary on May 15th. Secretary of Communications Calla Bush ’20 says of Scanlon, “she is progressive on all issues but at risk of losing to a lesser candidate due to the number of people running splitting votes. Our endorsement would be meaningful to her race.” Secretary of Outreach Dylan Clairmont ’21 highlighted Scanlon’s connection to the county and ability to connect with the unique needs of each of its parts. Looking ahead to the general election, Sam Wagner ’21 identified Scanlon as the “best candidate…to take on [presumptive Republican nominee] Pearl Kim in the general election.”

Note: SwatDems President Ben Stern ’20 recused himself from the vote because he is a paid staff member for Scanlon for Congress.

Photo courtesy of Scanlon for Congress.