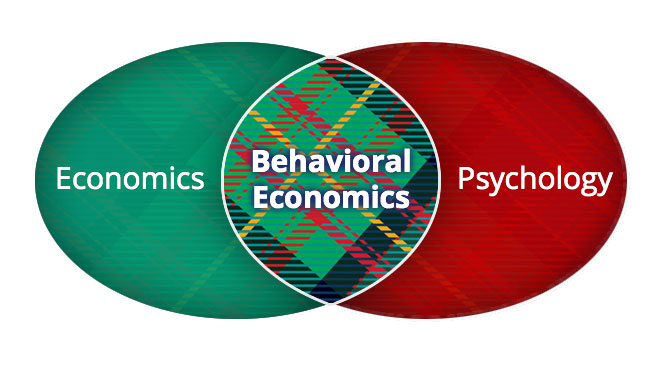 This is the second interview in the series Research Spotlight, in which I share conversations that I have with faculty regarding their research, their journey within their field, and their field in a broader context.

This article is the last part of a three part interview with Professor Bhanot. You can find Part I here, and Part II here.

AIDAN REDDY: How did you end up doing the work you do in the field of economics, and, more specifically, behavioral economics?

BHANOT: He’s not the first “behavioral economist” to win the Nobel. Danny Kahneman and Robert Shiller and others that came before could be classified in the same category. He’s had a really profound impact on the field in general. He was the president of the American Economics Association until last year I believe. It’s finally reached the point where, I think, economists at the very top levels of academia don’t scoff when they hear “behavioral economics.” Some still will, but, by and large, there are people in every subfield of economics who are integrating behavioral insights into what they do. You could go down the hallway and poke your head into basically every office and say, “Hey, can you tell me about how behavioral economics has influenced your field?” And they will have some answer, whether it’s health economics, public economics, industrial organization, etc. They may not be doing that work themselves, but they are aware of other people in their field who are thinking about how irrational behavior might influence, for example, how people think about health care, taxes, public policy, race and discrimination, things like that. Every subfield has a little bit of behavioral economics, and I think this will only make it more salient to people that being flexible in your assumptions about rationality in models can have important payouts in terms of making your work better. Even if you’re fully committed to the rational model, just thinking, “How can I think about this policy question if people are struggling with x systematic bias that we believe we have evidence of?” I think people will start paying attention to some of that evidence more. It often gets framed as behavioral vs rational, and rational economists are refusing to let the behavioral people have any influence, and now with the Thaler Nobel Prize they’ll finally have a chance. I don’t think it’s totally like that. The rational model can be super powerful; I’m not one of these people who think it’s terrible and needs to be thrown out. It’s really simple and explains behavior in a lot of contexts, but I think it’s more important that people keep an open mind when looking at behavior, at least by not necessarily assuming that people are going to be rational all of the time.

In academia, I think it will have that impact. But, outside, I think some of that impact has already been had by people like Danny Kahneman, Dan Ariely, etc. And of course Richard Thaler as well – I mean, he was in a scene with Selena Gomez in the movie “The Big Short!” So he’s obviously left a mark outside the academic walls from that alone. Richard Thaler has been recognized as one of the first modern era economists who was a true “economist” but who interacted with psychologists a lot. He spent a lot of time with psychologists early on in his career. We can learn from that model, that it’s okay to hang out with people in a totally different field and immerse yourself in what they’re thinking. If a lot of economists and psychologists and sociologists weren’t just talking trash about each other all of the time, and instead, paid attention to what they’ve found, we’d come to a lot of solutions. I’m hoping that there will be the impact of showing people that it’s okay to not just be an economist and that it’s okay to engage with other social sciences and even natural sciences. Dick Thaler had done that and been rewarded, and is deserving of it. I’m hoping it will get people across fields to appreciate that a little bit more. It did for me, reading his work. People thought, “This doesn’t sound like economics in the way I’ve always thought about it, but it sounds compelling and important.”

There’s a great series that in recommend to everyone, the Anomalies series by Richard Thaler. He wrote these short, funny, interesting articles in the Journal of Economic Perspectives, and had a big influence on the field with these 12-page pieces with funny examples. It really showed, “Here’s a behavioral concept, and here’s how it conflicts with the standard model. Think about it, you see people do X all of the time… why are we not talking about this?” I think that was one of his most influential pieces of work, in opening people in academia’s eyes to these things.

He’s been a great influence, and I hope we’ll learn the lessons from his career, which has been a very interesting one.