Several weeks ago, I received an e-mail inviting all international students to meet with Dr. Natalie Mera Ford, who currently serves as a Swarthmore’s Multilingual Writing Specialist. As an international student, I was interested in how college-level writing in the US differ from that in other countries, especially here at Swarthmore where every student must take at least three writing courses in two distinct disciplines in order to graduate. Moreover, because most of my professors had yet assigned any major essay (an indication that they soon would), I believed it would be useful to know beforehand the challenges international students often face while attuning their writing skills to the level expected at Swarthmore. Therefore, I attended the session and was surprised: some international students did not have trouble with their writing skill or their writing fluency as much as with the academic writing norms to which they have no prior exposure.

First, because the admission process at Swarthmore is extremely selective, it is highly unlikely that non-proficient English users could enter the institution. To elaborate, Swarthmore tests its applicants’ English proficiency on several instances before offering them an acceptance letter. Numerically, applicants demonstrate their English skill through their GPA and their standardized test scores (e.g. SAT, ACT, TOEFL, and so on). Pragmatically, they demonstrate how fluent they are as an English writer through their personal essays via Common Application. On top of that, some applicants may be interviewed by Swarthmore admission in English. These rigorous admission process applies to all students at Swarthmore, domestic or international.

Therefore, we could assume that international students have an English proficiency equivalent to that level of native English speakers.

Second, the learning environment at Swarthmore is conducive to the development of English skill. At the most superficial level, all classes except foreign language are conducted in English at Swarthmore. Every day, students read texts in English, listen to lectures in English, and complete the homework their professors assigned in English. At the more meaningful level, we analyze, criticize, and synthesize every claim we come across as we embrace the spirit of liberal arts education, all in English. In other words, because the amount of reading, listening, and speaking in English required in this institution is tremendous, every Swarthmore student develops their writing skill, their writing fluency, and other areas of English proficiency as a result. Thus, even if you do not buy into the argument set forth in the previous paragraph and still believe international students are somewhat less proficient than native English users, the gap between the former and the latter will eventually diminish thanks to Swarthmore education.

To begin, the first major problem is that, whereas the writing at Swarthmore emphasizes content and clarity, the writing style with which some international students are familiar focuses on the beauty of the language. My experience in Thai education system warrants this claim. In Thailand, students learn Thai as their first language. By the age of six, the age they presumably have a solid foundation in Thai language, they will start studying English. English, therefore, is not a first language for the majority of Thai students. To determine how knowledgeable each student is in English and reduce the potential gap in knowledge, Thai teachers focus upon the language usage in an essay rather than the content. Thai education, in essence, values big words over small words, indirect over direct communication, and rhetorical beauty over logical clarity. In contrast, to write well in American settings, one must be as clear and concise as possible. I, along with many international students I know, struggle tremendously while transitioning from the former writing style to the latter. In essence, such difference in writing culture between the United States and other countries cause some international students to focus more on the language and less on the content, which is contrary to what Swarthmore professors prefer.

Another major problem regarding the expected norm of writing is citation. In some countries, citation is not expected. Rarely are students in those countries penalized for failing to cite properly. The opposite applies to the United States: one could face a serious academic probation from failing to cite oneself, let alone other authors. One of my international friends once told me that she felt awkward every time she cited because citation is not “a thing” in her country. To exacerbate this issue, because there exist so many citation formats (e.g. MLA, APA, Chicago, etc.), chances are students unfamiliar to the citation culture forget to cite or fail to cite properly. Indeed, neither forgetting to cite nor failing to cite properly indicates how skillful or fluent one’s writing proficiency is. Rather, they reflect how cultural difference could potentially impact international students’ ability to write.

Lastly, the last problem pertains to the extent to which Swarthmore students use the writing resources Swarthmore offers. To answer this question, I created a survey with several questions regarding each student’s writing experience from “How confident are you in your writing skills?” to “What are your writing background prior to entering Swarthmore?” To make pertinent to our discussion, only the data gathered from surveys international students complete will be reported in this article.

One of the survey questions asks students to describe how content they feel towards the writing resources Swarthmore offers on the scale of 1 to 5 (1 = Not at all, 5 = Nothing to complain). Another asks how often they use those resources through similar scale (1 = Never use them, 5 = Use them whenever I could). Interestingly, eleven responses to the first question fall between 3 to 5, which means they believe Swarthmore, at the very least, provides sufficient resources on writing. However, when asked how often they use those resources, six responses fall either into 1 or 2, indicating that half of the surveyed students barely, if never at all, utilize those resources. Some justification include: “I procrastinate to the last minute, so I don’t have enough time to visit any WAs”; “I feel no need to use it”; “I am simply too busy.” Even more interestingly, for students who have taken or are taking a writing class, more than half believe the taking writing course does not help improve their writing skill as much as they had initially expected. Few even argue the non-writing courses they have taken improve their writing skill and fluency more than the W-accredited courses. Also, whereas two-thirds struggle with expressing ideas clearly and citing properly, virtually every student has problem with spending too much time on writing.

First, every class should make explicit what style of writing the class expects every of its students to adopt: if students worry less about how to write, they could devote more time into thinking what to write. Second, Swarthmore should provide sessions on citation, plagiarism, and basic writing processes, and so forth to all students who are interested. Indeed, because not every student who struggles with writing could take the Transition to College writing class, it is essential that these sessions be provided early so that the struggling students could fix whatever problems they may have with writing before taking more advanced, writing-heavy courses. Lastly, students and Writing Center should reach out to one another more. Perhaps, if the Writing Center has more flexible operating hours, students will be encouraged to use the center more. Writing is difficult. Addressing these issues will make writing way easier. 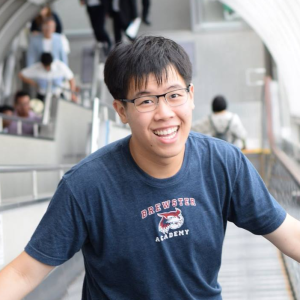