News » PubSafe Cracks Down on Theft with New Program 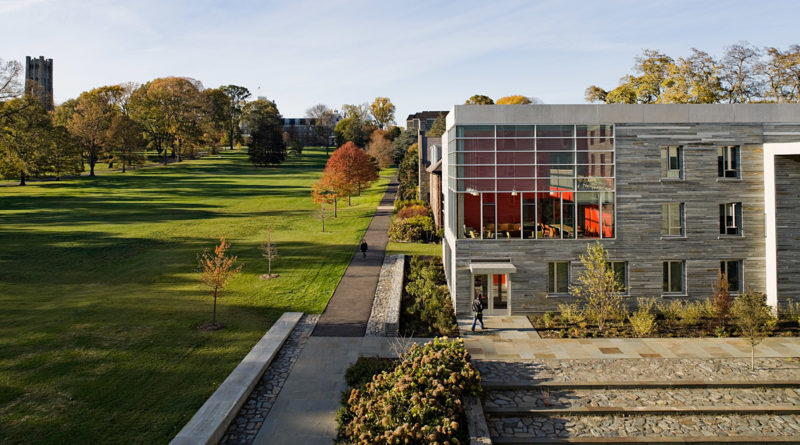 The Building Patrol Notice (BPN) program was introduced at the start of the semester. It grants Public Safety officers greater powers to respond to safety concerns they come across during patrols. Should a Public Safety officer come across the open door of an unoccupied dorm room, they have the authority to close and lock the door. Similarly, items of monetary value that are left unguarded in common spaces can be taken by officers for safekeeping. In both cases, the officer would leave a BPN, and the student would need to call Public Safety to retrieve their valuables or have their door unlocked.

Michael Hill, Director of Public Safety, wrote in an email to The Daily Gazette that the policy comes as a result of significant theft on campus, but he also hopes that the BPN program will change the mindset of Swarthmore students. “There are dozens of thefts every year and this is an effort to increase awareness and reduce that number,” Hill wrote. “It’s certainly preferable to have an officer secure an item of value instead of taking a report of stolen property.”

Hill stressed that he did not unilaterally make the decision to increase Public Safety’s powers. “Prior to starting this program, I shared the idea with many campus partners. Since implementing BPNs I have had conversations with students, staff, and faculty. The feedback I’ve gotten so far is positive,” he said.

Saadiq Garba ’19, a Resident Assistant (RA) in Willets Hall, confirmed Hill’s communicativeness and his perceptions of positive feedback. Garba said RAs were made aware of the new policy and the reasons for its introduction. He also said that he had informed his residents. So far, even those affected by the policy have not come to him with complaints. When asked about his personal thoughts on the policy, Garba said that he is “all for” the new policy.

Many students have already felt the effects of the newly-implemented program. Izzy McClean ’20, a resident of Alice Paul Hall, was one of the earliest. “When I first moved into my room,” she said, “I went to shower and left my door open. I came back and the door was locked. I called PubSafe, and they said, ‘Oh yeah, we’re locking doors now.’”

McClean understood why the action was necessary, especially during move-in, a time that Hill described as rife with opportunistic theft. However, she admitted that she initially felt irritated: she did not have her key with her, felt she was not gone for long, and was not aware of the new policy.

Garba’s support of the policy also does not come without doubts. Those that he voices are broader and more long-term. “Personally, I think the new policy might seem somewhat counter to our on-campus culture of trusting everyone,” he said. “It may make students wary of the community around us.”

Hill sympathizes with potential student concerns, and he hopes to balance them with the BPN policy. “I want to stress that protecting both people and property has and is always a priority for public safety. It is my sincere hope that our community will see this as part of our ongoing commitment to making sure that people and property are safe.”
While Izzy McClean is the Webmaster for The Daily Gazette, her views do not necessarily represent those of the editorial board.

3 thoughts on “PubSafe Cracks Down on Theft with New Program”