News » Anxious Students Listen to Lawyer and Others on Travel Ban 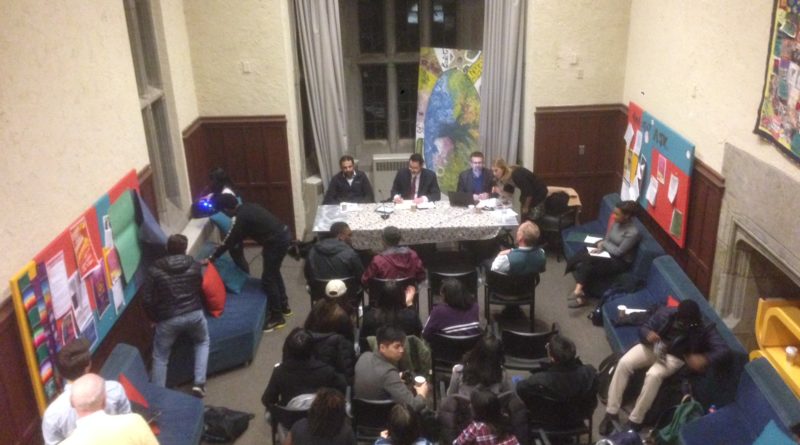 The panel began at 6:30 p.m. and drew dozens of attendees, mostly international students and recipients of DACA, the Obama administration program that gave many young undocumented people a semblance of legal status. Some students, like Nader Helmy ‘17, were there simply to show support for their friends. According to International Student Coordinator Reshma Ajayan, the new travel ban applies to one Swarthmore student.

Vandenberg, the lawyer, peppered his speech with disclaimers that he didn’t know what was going to happen.

One thing is clear, he said: Trump has immense power over immigration.

Questions mostly came from students who seemed worried about their respective situations: Would the ban one day apply to their country, too? What would happen to work visa programs? As for DACA recipients, Vandenberg advised them not to travel for extended periods: a week should be fine, he said, but spending months in a study abroad program might be too risky.

Then again, he said, “everything you do in life is risk.”

While Vandenberg talked about the future of immigration policy and Rahman addressed these policies’ past, Smithey focused on how to resist them.

“This is a mobilization and organization problem,” he said. “We can bring an authoritarian administration to heel.”