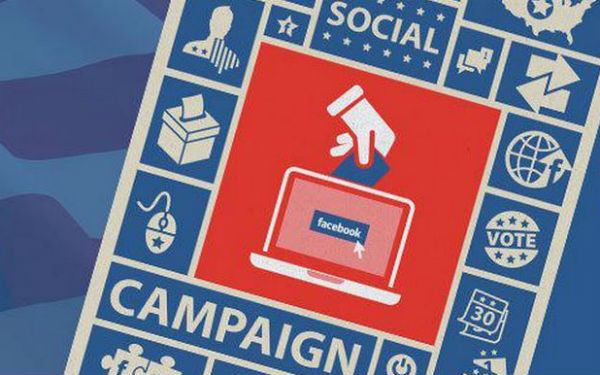 Social media presents us with a rare opportunity. It provides us with a glimpse of our past selves, so we can reflect on how things have changed and how we’ve grown. I’ve found this to be especially true in the last few days and hours of the election. I’ve expressed a broad range of emotions on social media in the past week, as have many of my peers, friends, and families. The following timeline represents my own feelings as the election happened. I understand that my story doesn’t speak for everyone, but I still think it’s important for us to remember in the future what it was like to experience this momentous event.
Nov. 2 at 11:49 p.m.
” ’Donald Trump elected president? Yeah, when the Cubs win the World Series…’ “
Nov. 3 at 12:10 a.m.
“New HRC Ohio campaign ad: ‘Don’t lose twice in November. Vote for Hillary.’ ”
Nov. 7 at 11:25 p.m.
“It’s easy to dismiss one’s vote as being unimportant in this election. With upwards of 100 million of our fellow citizens also casting their ballots tomorrow, such a position is understandable. But consider this: the United States constitutes 4.4 percent of the global population. Roughly half the total US population will vote. This means that around two percent of all people on Earth will get the opportunity to make the most important political decision in recent memory. 98 percent of people won’t get to choose who controls the world’s mightiest military. A vast minority of people won’t get the chance to pick the next leader of the free world. In this election, American citizens are a privileged few. We cannot ignore the massive responsibility we have to the world.
Please vote tomorrow. Make your voice heard not just to your friends, [neighbors, and peers], but to the planet. They’re counting on us.”
Nov. 8 at 2:25 p.m.
“A sticker and free waffles? I love voting!”
Nov. 8 at 10:05 p.m.
(An animated gif of Hillary Clinton downing a glass of wine)
Nov. 9 at 12:04 a.m.
“This is what happens when America takes democracy for granted.”
Nov. 9 at 3:45 a.m.
“For the first time I can remember, I’m sobbing uncontrollably. It just hit me like a ton of bricks. I can’t process the idea that a man so contrary to everything I hold dear will now be the representative to the world of the country I love so much.
I don’t think I’ve ever felt emotions as intense as these. Not when I came out as gay. Not when I lost dear friends. Not when I was at my lowest moments of self-doubt.
In dire times like these, I’m reminded of the climactic scene from ‘Mr. Smith Goes to Washington.’ In it, a young and idealistic senator makes a final pitch for decency in a corrupt world: ‘Love thy neighbor. And in this world today, full of hatred, a man who knows that one rule has a great trust.’
Love thy neighbor, be that neighbor man or woman, black or white, gay or straight, big or small. All of us deserve to be treated as human beings, and if our president can’t do that, then it’s our job to ensure that no one on this beautiful Earth forgets that.”
———————————————————————————————————————–
Our next step is not an easy one. It goes beyond poetic lamentations or declarations of despair on social media. After we have grieved, we must act on our anger and sorrow, and channel our emotions into a movement for the things we profess to love—democracy, freedom, and tolerance. If we are to prevent this country from becoming the place we fear it may become—one of hatred, inequality, and ignorance—then it is imperative that we stand up and fight for our beliefs.
It was encouraging on Wednesday morning to scroll through my newsfeed on Facebook and see that many of my peers here at Swat felt the same way that I did about the election results. It was encouraging because it shows that we as a community have strength in numbers. We can shape politics going forward in our community, just as long as we agree to band together and take action.