The Women’s Club Soccer team requested a total of $1450.00 for registration fees ($50.00) and services ($1400.00). The team joined a league last semester that was originally free. The league began to require “official” (rather than student) referees this semester; this requirement was unforeseen at the time of spring budgeting. Full funding was proposed, but the Student Budget Committee did not have a quorum. The Committee will make an online vote.

Salsa con Sabor offers salsa lessons taught by an outside instructor. The group did not send a representative to spring budgeting last semester, citing internal issues. The group requested $4000.00 to pay an outside instructor for twenty-six weeks of lessons at $150.00 per lesson. The request was adjusted down to $3900.00 after a proper calculation of the total cost. It is, however, Student Budget Committee policy to reduce a funding request by at least half if the group did not send a representative to spring budgeting at the end of the previous year. As a result, the Committee members made a proposal for $1950.00 in funding; the proposal passed unanimously. The Committee suggested that the representative get in touch with other potential sources of funding, such as the Dance Program, in order to have enough funds for its request of weekly salsa lessons. The Committee also suggested that the representative look into hiring another instructor who would charge less; the group’s representative cited an “affiliation” with the current instructor.

Kitao is a student-run group that organizes art-related programming and maintains a gallery space. The group requested $485.00 for an all-campus event which would serve as a showcase for student artists of any skill level through craft workshops and activities. Full funding was proposed and passed unanimously.

WSRN, Swarthmore College’s student-run radio station, requested $129.54 for services. One of the chips in the group’s output circuit board recently failed; their shows cannot air until the board is repaired. The group was quoted a fee of $70.00 for labor and $30.00 for parts by an outside technician, as well as $29.54 for travel by Zipcar. While the Student Budget Committee does not normally fund private modes of transportation such as Uber or Zipcar, the Committee voted to make an exemption due to the urgency of WSRN’s request. The Committee also proposed an adjusted amount of $140.00 in total funding in case the technician charged more than was quoted. The proposal for $140.00 in funding passed unanimously. 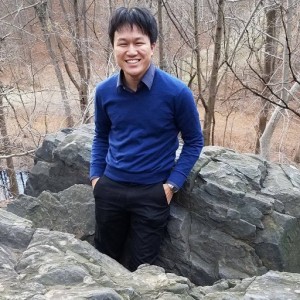 Blue Apron Is Not the Answer