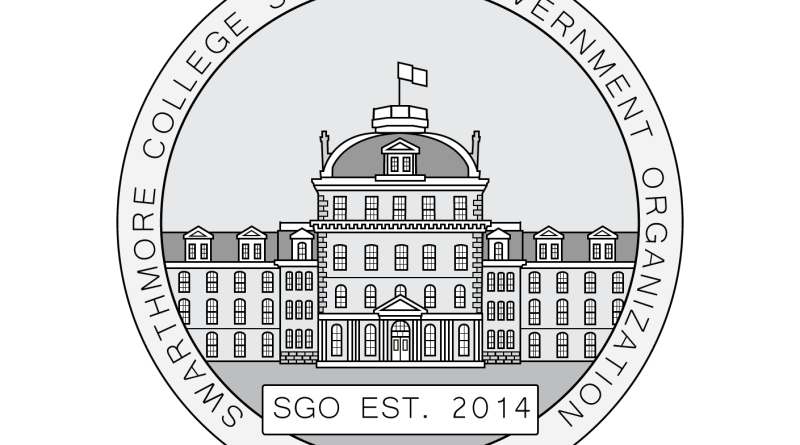 On April 3, 2016, the Swarthmore Student Government (SGO) held a joint Senate and Executive Board Meeting in SCI 105 at 7:10 P.M. At the meeting, each committee chair gave updates on their committee’s project progress.

On April 11, SGO will organize a petting zoo, as well as a campus wide conversations on advising.

On April 12, the Academic Affairs committee will lead a conversation on internships.

On April 13, SGO will host an SGO elections interest meeting for the entire campus and the Intercultural Center.

On April 15, SGO week will conclude with a community gathering, and a movie night.

Chair of Environmental Impact Bennett Parrish ’18 is leading the planning for the Swarthmore Sustainability Summit (previously titled Sustainability Charrette in 2015).

In the spirit of the sustainability topic, the Summit will provide locally-sourced lunch to registered attendees.

“The goal is to promote the usage of reusable water bottles and discourage the purchase of disposable plastic bottles on campus,” Parrish wrote.

This is a new sustainability initiative and timelines have yet to be established.

The minutes from the meeting can be found here: http://sgo.swarthmore.edu/minutes/

Min covers news regarding the Swarthmore Government Organization for The Daily Gazette. Min is interested in finance and anthropology, and any other topics that seek to understand how and why human beings make the choices they do. At Swarthmore, Min is involved in Swat Tank, and an investment club. Min only eats gala apples, shares a birthday date with John F. Kennedy, and is a Jack Kent Cooke Scholar from Arlington, VA. Min enjoys reading in her free time, and prefers savory over sweet.

On November 17 at 12 p.m., dozens of Swarthmore students gathered in front of Clothier Hall to join the Black

November 20, 2020 Trina Paul 0
Do NOT follow this link or you will be banned from the site!