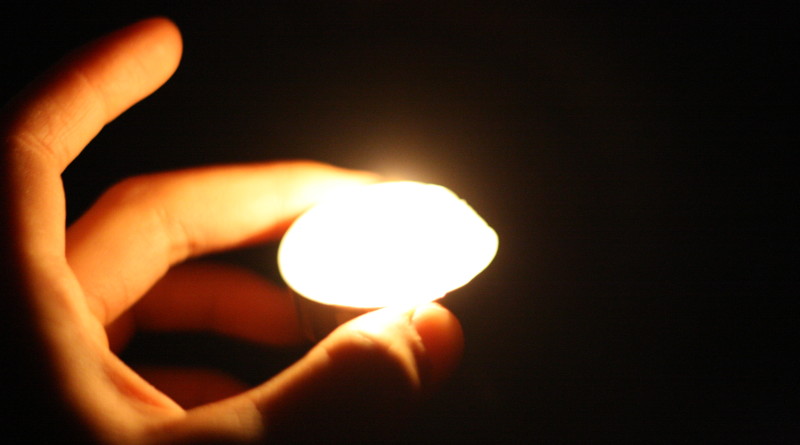 The chill night air did not dissuade people from Tuesday’s vigil for the three young men killed last week in Fort Wayne, Indiana. Gathering outside of Parrish’s steps, students and community members of different races, gender identities, and religions stood in solidarity to reflect on the deaths of Muhannad Adam Tairab, Adam Kamel Mekki, and Mohamedtaha Omar.

Tairab, age 17, and Omar, age 23, were Muslims, and Mekki, age 20, was a Christian. All three were of East African families, but also citizens of the United States. As of the publishing of this article, the police have labeled the murders as homicides, but strayed away from calling this a hate crime. The three bodies were found together, and the manner of their murders has been described as “execution-style,” each boy found with multiple bullet wounds.

Before the vigil began, the coordinators distributed candles. The leaders started a little after 9:30 p.m. by sharing personal reflections and reading from the Qur’an in Arabic and English. SGO Chair of Diversity Salman Safir ’16 led a brief prayer, and invited everyone to a moment of silence. Afterwards, the first candle was lit and the flame was transferred around the large circle of people gathered at the top of Magill Walk. When all held lit candles, participants were invited to share their thoughts, if moved, with the large group. Shortly before 10:00 p.m., the event concluded.

Safir, in a later interview, noted that a similar event had occurred almost exactly one year prior, in response to the shootings at the University of North Carolina.

Safir also thanked the Muslim Student Association board and members for putting in the work to organize the event on such short notice. Safir noted Kehilah and Swarthmore Progressive Christian’s sharing of the event on Facebook. “That means a lot when people do stuff like that [such as sharing posts on Facebook or coming to events], and I think it shows what kind of interfaith community that we’ve had this year and how grateful we are for that.”

Vice President for College and Community Relations Maurice Eldridge ’61 was present at the event. “Given the national climate, not to speak of the world, we need to stand together and respond. We don’t know everything about this shooting—how and why it happened—but gun violence is awful, the singling out of Muslim citizens, our fellow human beings—it’s a terrible thing to have happen,” Eldridge said.

“I was pleased to see such a diverse group circle together, as it were,” he continued. “We have to keep doing it as long as we are threatened by all of these things in our society: stand up, bring our voices together, demonstrate a different way by being together, with love, and kindness, and compassion.”

Safir considered the event to be a powerful reminder of the reality we live in. “I think it was a good moment for us to just step back and reflect on what had happened and the way it made us reconsider the way we view the world, or the way that we had come to view the world,” he said. He went on, “There’s a lot of silence, but there’s a lot being said in that silence, and I think that’s a special moment.”