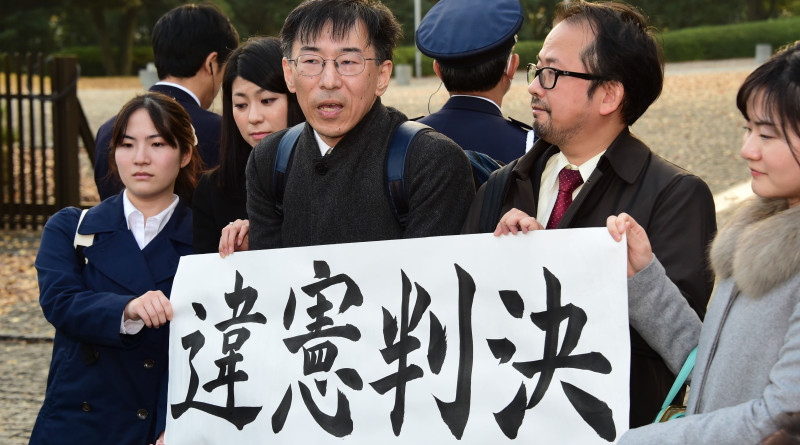 In December of 2015, the Japanese supreme court ruled that it is illegal for married couples to have different surnames. While the 19th century law does not state that a married couple must take the husband’s name (same sex marriage is still not legal in Japan), 96% of women take their husband’s name, according to the Guardian. Although we recognize the important role surnames exhibit in identifying a family unit, we believe that the government should not force married couples to have the same surname.

This law, while in writing, is not gender-biased, is implemented in a biased form proving there is still an ingrained culture of sexism in Japan. This law was first enacted when the feudal family system came into place in 1898, and the male head controlled women and children. In Japan, surnames are strongly associated with family unit. They are used to identify relationships with other family members and relatives. We commonly refer to a family as “(surname)-ke,” a practice which assumes that the family shares the same surname. This cultural norm, embedded in our perceptions and behaviors, is one that will not change easily; it underlies the societal concept of what it means to be a family in Japan, where the community is valued over the individual.

While the feudal system was abolished, the law for same surnames remained. It is difficult for a law that was created under a gender-biased situation to separate itself from its past biases, as the sexist ideologies that supported it have become institutionalized. While the government may be able to say that the law itself — which does not specify that women must take the husband’s name — is not sexist, the way in which it is implemented is gender-biased.

Some conservatives argue that by having different surnames, family unity will collapse to the point of social confusion. Progressives claim that family integrity does not depend on such external factors as names. We take the middle ground: surnames do matter, but only because the “norm” is such that family members are expected to use the same surname.

Our attitudes would change if more married couples continue to keep their surnames. As time passes, we would realize that surnames do not have a significant role in either establishing or maintaining family bond. However, it may take time for the acceptance of this brand new notion; this is why the conservatives’ argument seems legitimate in the current framework.

This law also harms the careers of working women, because they must change their names after they have begun their careers. Approximately 65% of women in Japan are currently in the workforce, one of the lowest rates among developed nations. If people do not have to change their names post-marriage, it would save time and paperwork for both women and men. The court ruling stated that due to the current informal use of maiden names, the impact of the law is mitigated. However, women still feel socially pressured to change their names or find it natural to do so, showing how the culture for women to take their husbands’ surnames has ingrained itself.

While the ruling that would have legalized different surnames of married couples may not exert a significant impact on the aforementioned issues, the legal change will set a precedent and create a stimulus for discussions on the roles of women in Japanese society.