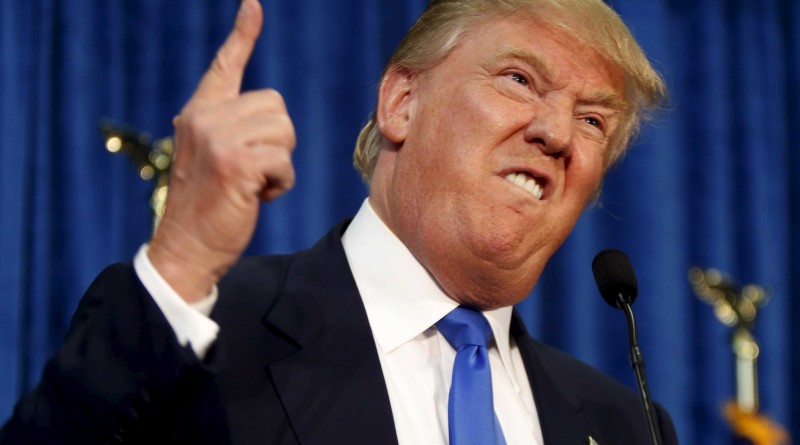 If you’re a Republican voter, and you don’t believe in banning all Muslims from entering the United States or building a giant wall along our Southern border, then you’re probably feeling better right now after than you have in months. Donald Trump didn’t win! Marco Rubio did well! So give yourself a pat on the back. You’ve earned it. It’s been a rough primary season, and you deserve a break after the Iowa Caucuses.

Once you’re done, though, it’s time to take a hard look at Monday’s caucuses. Far from a sign of weakness, Trump’s second place finish in Iowa proves that he is a candidate with a very real, and very dangerous, base of support.

On the surface, it sure looks like Trump disappointed. Nearly every recent poll showed him beating Ted Cruz, but Cruz won. Very few showed Rubio coming close, but he did. But when we look a little closer, it’s really not that surprising. Primaries — especially caucuses — are incredibly difficult to poll effectively. The poll averages have rarely been totally correct. Trump barely underperformed his poll averages, depending on which averages you use. By the RealClearPolitics average, he missed by four points; by Sam Wang’s analysis, just over two points. In both cases, Trump’s final results were well within expected error and totally unsurprising from a historical perspective. Closest of all, Fivethirtyeight.com’s “polls-plus” model, which takes ground game and endorsements into account in a way that most poll averages do not, made a last-day calculation that Trump would receive just 25.6% of the vote in Iowa. He received 24.3%. The lesson of Iowa was that Cruz (and Rubio) overperformed, not that Trump did badly.

It’s also important to note that Iowa was tailor-made to defeat Trump. Its primary electorate largely consists of evangelicals — indeed, on Monday they comprised an even higher percentage of voters than usual — who are, shall we say, not Trump’s natural base of support. Cruz has the endorsements of most conservative evangelical leaders in Iowa, and his campaign message has been crafted to appeal specifically to them. Trump, meanwhile, told audiences that he never prays for forgiveness, described 2 Corinthians as, literally “two Corinthians,” and put money in the communion plate at church. His record of relative moderation on issues of abortion and same-sex marriage—which he has now largely disavowed—was also unlikely to appeal to these voters.

Furthermore, Trump’s base of relatively moderate, uneducated, white working class voters was always likely to underperform in a state like Iowa. The caucus system is a bizarre, complicated mess. Voters have to go to a specific location at 7 PM, rather than polls that are open all day. At each location, each candidate must be spoken for; one of their supporters gets the chance to give a speech to attempt to sway undecided caucus-goers to their side.

All these things weakened Trump’s support; anecdotal evidence from Monday suggests that in many locations Trump supporters were unaware that they had to give a speech, and that some of their speeches actually made other caucus-goers less likely to vote for Trump. None of these things are true in New Hampshire, or indeed in any state with a primary instead of a caucus.

Reporters and analysts have been aware of these structural barriers to a Trump victory for months. But over time, the narrative became that Trump supporters weren’t real voters at all. They might tell a pollster they liked Trump, the story goes, but they wouldn’t pull the lever for him. Trump’s underperformance in Iowa, albeit not by huge margins, is being seen as confirmation that his support was a mirage. But even if we ignore the unique characteristics of the Iowa caucuses, Monday’s results prove that Trump is a real threat to win the nomination. 24.3% of the vote only sounds mediocre because we’ve grown used to Trump winning everything.

If Trump had won Iowa on Monday, this primary would be all but over. He would be all but guaranteed to win New Hampshire, at which point South Carolina would be a cakewalk. The GOP would face the very real possibility of Trump steamrolling through every primary in the nation. All Monday did was foreclose this terrifying possibility; it didn’t eliminate the threat altogether.

Think about this for a moment. Donald Trump, a candidate dismissed as a joke for months, polled second in the Iowa caucuses, winning seven delegates—just one below the winner. Donald Trump, a man who has repeatedly gone out of his way to insult every woman and person of color in the country—generally, though he’s been working on insulting them individually as well—won nearly a quarter of all votes in the highest turnout GOP caucus of all time. Donald Trump, the antithesis of everything the Republican Party concluded that it needs to do in order to win an election, won the votes of 45,427 Iowans on Monday. That’s 16,000 more people than voted for Rick Santorum or Mitt Romney in 2012, when they fought to a virtual tie in the state. And that’s 5,000 more people than voted for Mike Huckabee in 2008, when he won with a resounding 34% of the vote. Donald Trump received more votes, in Iowa, than any other GOP primary candidate in history not named Ted Cruz. In short, it’s time to be very, very afraid.

I am not saying that Donald Trump will win the Republican nomination. He might, and he might not. Both Ted Cruz and Marco Rubio also have good chances; I would not dare to try to divide the odds among those three men. But to assume that Trump’s loss on Monday will doom his campaign is to make the same errors that we have made for the past eight months. Time and time again, we have seen Trump say or do outrageous things that were certain to ruin him, and seen him only grow instead. The few tracking polls released in the last two days, for example, suggest that Trump remains nearly 25 points ahead of Cruz, who in turns leads Rubio by a few points.

As I write this, Trump has emerged from his radio silence to start accusing Ted Cruz of stealing the election, based on anecdotal reports that Cruz supporters won over Ben Carson supporters by falsely claiming that Carson was dropping out. The assumption among party and media elites is, once again, that this will look petty, show Trump’s pathetic sore-loser nature, and lead his supporters to abandon him. Maybe. But they’ve been wrong before; indeed, they’ve been wrong about Trump for eight months. It’s also possible that Trump’s antics this week highlight Cruz at the expense of Rubio, give Trump a plausible excuse for losing, inspire Trump supporters to turn out to vote in New Hampshire in order to avoid another “fraud,” and, most importantly, keep the media spotlight on Trump for another week at the expense of his rivals.

I can’t tell you for certain what’s going to happen to Trump, but anyone who tells you that he is guaranteed to collapse is lying. Iowa was about proving that there are real people in this country who want Donald Trump to be president. On Monday night, to our everlasting shame, he delivered.