Opinion » Columns » In policy, much back-patting with no impact 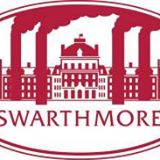 On August 31, President Obama began a historic trip to the Alaskan Arctic in order to highlight the effects of climate change on the region. Obama’s call to curb the CO2 emissions that are already melting glaciers in the Arctic and leading to drastically rising sea levels in the Pacific Islands was marred by his recent initiative permitting expanded offshore drilling in the Alaskan Arctic. Many saw this move as hypocritical given the negative environmental impacts of offshore drilling, in particular in at-risk regions such as the Arctic. Obama’s seemingly discordant stance on climate change and the economy is not unique. Debates on climate policy are increasingly focused less on the science of the issue than on the economic effects of regulatory policies. While the vast majority of the globe agrees that something needs to be done to combat climate change, no one can agree on how to curb emissions, or who to target specifically. This is because regulations require sacrifice, and sacrifice, especially monetary, is difficult.

This conflict played out on a much more local level last semester at Swarthmore, with the Board of Managers clashing with Swarthmore Mountain Justice over whether or not the school should divest from fossil fuels. The Board did not make its decision against divestment for any environmental reasons. In fact, the board declared its commitment to environmental initiatives on campus in an email to the student body. Instead, the decision not to divest was made out of a fear of losing money. Though investment analysts on both sides of the argument disagree on the figures, the Board claimed that divesting would reduce gains on the school’s endowment by upwards of $10 million a year, which would in turn negatively impact services provided to Swarthmore itself. The Board found it more prudent to instead spend its money on green standards for the new biology building. Even though I’m a Mountain Justice member and strong supporter of divestment, I’m going to temporarily ignore the merits and faults of the Board’s decision, to instead focus on its perceived environmental and economic justifications. The decision to not divest follows a trend set over the past twenty years within the environmental movement of forgoing significant policies in the name of economics. To instead focus on individualized green policies leads to lots of back patting but minimal impact. I laud the school’s decision to use green technology in new construction projects, and its support of the Green Advisors program just as I support families who recycle and put solar panels on their homes. But these decisions fundamentally miss the mark when it comes to effective climate policy. With carbon emissions from individuals totaling less than 40% of total emissions, such measures are important, yet ultimately not effective enough when it comes to having any kind of significant effect on the urgent crisis that is the Earth’s climate. They are a vital component and a complement to effective policies. But a false dichotomy exists between individual and institutional environmentalism.

Bringing a particular urgency to modern environmentalism is the upcoming UNFCCC Conference of the Parties taking place in Paris this December. The UN-hosted international conference is meant to address issues of the environment and climate change. COP is considered by many to be a last chance to create powerful, binding, and long lasting international laws regarding pollution, fossil fuel extraction, and climate change as a whole. At the conference, representatives of regions most affected by climate change, such as South America and Oceania, will face off against United States representatives unwilling to sacrifice corporate profits and “sovereignty” — representatives of the same President Obama that is currently in Alaska calling for drastic action on climate change. From UN representatives to the Board of Managers to the President of the United States, combating climate change is treated as an economic issue, one that is best ignored and left for small-scale projects. It is true that the economic impacts of climate policies do exist, and cannot be ignored. But the impacts of climate change, both on economics and on human life as a whole, cannot be ignored either. It is time for a reevaluation of what risks should be taken, and what sacrifices should be made, for the sake of the planet. As the saying goes, “there is no such thing as a free lunch.” But, from Swarthmore to the UN, this lunch is one that ought to be paid for. Institutional changes must be made across the board and cop-out environmentalism is not enough. Sacrifices are by nature difficult, and marginalized groups that might be affected by regulation must be taken into account. There must be an end to the treatment of environmental concerns as ultimately secondary to economic sacrifice, for everyone’s sake.