Opinion » Divestment: It’s not a gesture – it’s an imperative 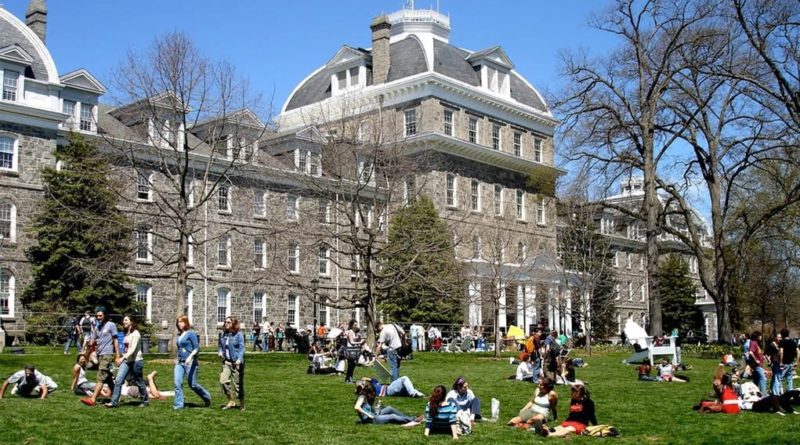 The fossil fuel divestment movement began at Swarthmore four years ago and has since spread to campuses and institutions around the world.  On perhaps the most significant issue of our age, the need to slow climate change, Swarthmore students have established themselves as global leaders.

On March 19, after years of well-researched calls for divesting the college’s endowment from fossil fuels, students raised the ante with a peaceful sit-in to press their case to the Board of Managers.  As alumni, we are proud to support the arduous efforts of these students, who force us to confront the consequences of continuing to burn fossil fuels.

Over 1000 Swarthmore alumni have signed a divestment petition and over 350 of us have pledged to withhold our donations to the college until the Board commits to a plan to divest from fossil fuels.  Those of us who are withholding our donations have not done so lightly.  We act out of a love for the College and a belief that student action for divestment is acting out of the college’s highest values and ideals.

This Thursday, a group of alumni led by John Braxton ‘70, recipient of an honorary degree from Swarthmore in 2010, will deliver petitions to the Alumni Office urging the Board to divest and pledging to withhold donations.  While we are heartened to see that our actions are forcing the Board to shift, the recent suggestion by Investments Committee Chair Chris Niemczewski that the Board create a separate fund for donors who do not wish to contribute to investments in fossil fuels is an insufficient effort to attract our donations. We are concerned with the investment of the much larger pool of funds already in the endowment, not just this year’s donations.

The vital steps that the College is taking to reduce its carbon footprint through conservation, efficiency, and renewable energy are not sufficient.  Swarthmore also needs to use its considerable influence by publicly divesting from fossil fuels.

It is evident that divestment by itself will not halt global warming.  However, the Board’s characterization of divestment as a mere “gesture” shows a profound misunderstanding of the role that divestment campaigns have played in withdrawing the social license that target organizations need to retain their influence.  Such actions by prominent institutions can, and already have had global impacts. NRG, the largest publicly traded energy company in the US, recently committed to derive 90% of its electricity from renewables by 2050, and cited the fossil fuel divestment movement’s political pressure as a major factor in the decision.

Already, more than 300 institutions worldwide have committed to divestment from fossil fuels, including the Rockefeller Brothers Fund, Guardian Media group, Stanford and Syracuse Universities, and Sweden’s $37 billion AP2 pension fund.  Since Swarthmore’s sit-in began, students elsewhere have staged sit-ins on their campuses—including Harvard, Yale, Tulane, Bowdoin, and UC Berkeley.  The divestment movement is the leading edge of a large, burgeoning movement for action on climate policy, and investments in fossil fuels are carrying increasingly large risks.  Insurance companies were, in fact, warned about those risks by their regulators in the Bank of England this past March 3.

Recent studies by investment firms including MSCI, Bloomberg, and Standard and Poors have found that portfolios without fossil fuels have begun to outperform those that contain fossil fuels over the last decade.  The repeated claim that divestment would immediately cost the endowment $10 to 20 million per year is not plausible even if we consider historic yields for fossil fuels vs. the broader market.  If 8% of a $1.9 Billion endowment is in fossil fuels, that is a $150 million investment. For those funds to produce an extra $10 million above average market returns annually, fossil fuels investments would need to have outperformed the rest of market by 6.5%. In fact, the opposite is true — fossil free funds have outperformed the market average over 1.2% annually over the last five years. Moreover, the claim that we could not find adequate fund managers is unfounded. Our largest investments consultant, Cambridge Associates has offered to assist us in identifying fossil free investment opportunities and Investments Committee Chair Chris Niemczewski has admitted that even his own firm does not invest in fossil fuels.

Climate scientists are in agreement that 80% of the fossil fuels now in the ground need to remain there if we are to avoid an environmental disaster.  Several large international institutions, including HSBC, have issued warnings on the investment risk posed by a “carbon bubble,” in which stock valuations are based on reserves that can never be burned.  Peabody Coal, for example, was dropped from the S&P 500 last September 19, reflecting its poor stock performance which was apparently based on investors realizing that its coal assets would be stranded and unsellable.

There are immediate divestment steps the Board could take easily.  While the specifics of how the college’s endowment is invested are tightly held, we understand that perhaps one fifth is held in separately managed funds.  The Board could commit to an extended process for divestment, instruct the managers of those funds to divest from fossil fuels as fast as they can,  while the investment committee works with other financial managers on a longer-term plan for the more involved task of divesting from commingled funds.

Would a commitment by Swarthmore to divest make any difference?  Swarthmore could be the first top-tier college or university in country to commit to full divestment.  Doing so would solidify the reputation that Swarthmore Mountain Justice has established for the college as a global leader, making the college an even greater magnet for talented students.  If Swarthmore divests loudly and boldly, many other colleges and universities will take notice.

The argument that the endowment should not be subject to the pressures of myriad ‘social causes’ is grounded in the recognition that the social cause most important to donors over the years has been the wellbeing of the college and its students.  However, climate change is not just another social issue.  Absent action to restrain the burning of fossil fuels, the wellbeing of current students and even the long-term existence of the institution will be put at risk.  Thus, fossil fuel divestment is a course of action that serves the dominant concern of the thousands who have contributed to building the endowment over the past century and a half.

Student disenchantment with the college’s intransigence over Apartheid divestment reportedly led to lower giving by classes who were on campus prior to the college’s decision to divest in 1986.  That is not surprising, given the tendency to be more generous with institutions whose values you can wholeheartedly embrace. The college risks a similar impact on its endowment this time.

Swarthmore’s reputation for encouraging social responsibility in our students is likewise at risk in the absence of Board action.  How can we pretend that we are educating students to work for justice if we turn our backs on divestment.  We already know that the most marginalized people of the world are already suffering the most from climate change, and they are the ones who have contributed least to the problem.  Simple fairness requires that those of us in positions of privilege take every step we can to bring about climate justice. We urge the Board to reaffirm the college’s highest purposes and ideals, and in the light of the humanitarian disasters that climate change will cause, that surely requires divestment.

Swarthmore publicity often highlights the college’s Quaker heritage.  Quakers believe in the testimony of living simply on the Earth and recognizing the importance of all living things. Contributing to climate change is not compatible with historical or current Quaker beliefs. Quakers all over the world are working hard building the divestment movement and pressing for responsible action on climate.

We call on the Board of Managers to recognize and support the actions of the students who are sitting in and encourage them in their activism.  While we are pleased that the Board agreed to put divestment on the agenda at their May meeting, we know this is not enough. We call on the entire Swarthmore community, especially the faculty, to show their support for divestment in a tangible way.  Your support will convince the Board of Managers that divestment is a necessary next step for Swarthmore and that the Swarthmore community expects a divestment commitment from the Board in May.

When we look back on this period in history, we will all be proud if we can say we, as members of the Swarthmore, took part in a significant movement to take back our climate, one step at a time, for our own sakes and for the sake of the many lives to come that will depend upon a livable planet.

2 thoughts on “Divestment: It’s not a gesture – it’s an imperative”