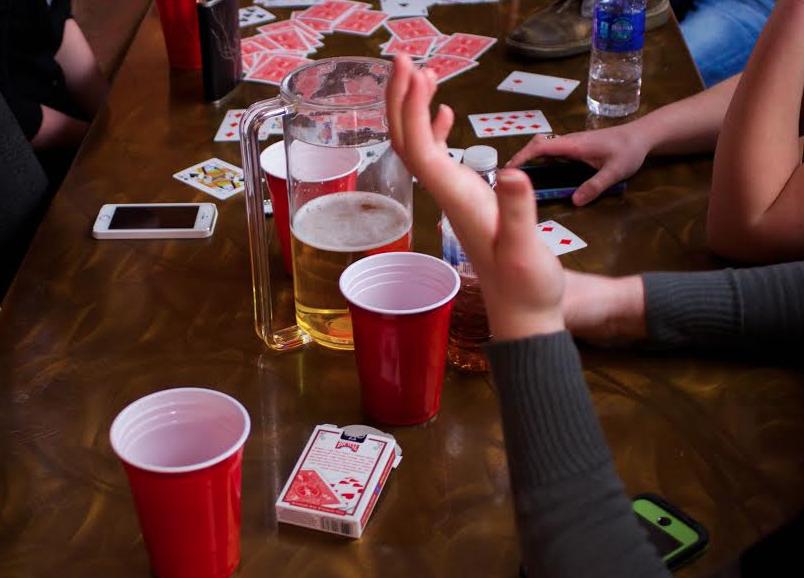 Today, the Title IX office will be holding its last bystander intervention workshop for the year at the Women’s Resource Center from 1 p.m. to 2 p.m. The Daily Gazette had a conversation with Nina Harris, the Violence Prevention Educator and Advocate, and Abigail Henderson ’15, the Title IX Intern to preview the workshop.

What exactly does bystander intervention entail? Intervention is not, as some frequently assume, confined to stopping an uncomfortable encounter you witness at a frat party. It can encompass a broad range of things, from speaking up in class when a classmate makes a sexist comment, to talking to a friend who you think might be in an unhealthy relationship, romantic or otherwise. According to Harris, “It can be anything that disrupts our safety and our humanity.”

Bystander intervention is, very generally, taking advantage of the opportunities we have in our day-to-day interactions where we may have an opportunity to step in and possibly prevent an action if someone is being violated in some way. Harris and Henderson said that their goal is to promote a new notion of community responsibility on Swarthmore’s campus that has been lacking in the past by melding group accountability with personal accountability.

Tonight’s workshop will examine barriers to intervention and practice intervention skills. For example, Harris talked about the Bystander Effect, a psychological phenomenon in which a bystander will be less likely to intervene when there are other people present. The logic is that the responsibility for responding has been diffused among a large group so that everyone thinks that someone else will intervene.

“When I went to my first training, I had the idea in my mind that intervention was a direct confrontation, either physical or verbal, but there are lots of different alternatives depending on your level of comfort and your surroundings and resources. You can do something as little as accidentally bump into someone just to distract. That’s the sort of thing where I felt, ‘Oh I can do that.’ in a situation where I didn’t feel like I could necessarily say something directly,” said Henderson.

Participants will explore their personal biases and limitations and discuss how to expand our menu of options when faced with an intervention situation. This means recognizing when those situations occur, by talking about what the indicators of a bad situation look like and then realizing how to take the initiative, even if it means getting help from someone else.

“For me the workshop is about what prevents us from engaging, because nobody takes the pro-rape stance on campus. So then what steps are we taking to actively prevent it?” said Harris. “We have to reflect on what our personal responsibility is when those opportunities arise. Violence doesn’t happen in a vacuum. It happens with witnesses on a day to day basis.”

Harris emphasized that intervention is mainly about being self-aware and re-aligning our values rather than shaming or castigating. “Another misperception about bystander intervention is that it’s a punitive response as opposed to an opportunity to hold someone accountable to higher values and standards. It doesn’t have to be saying ‘OK you did something bad, therefore you are this horrible person.’ It can be ‘I’m assuming that that’s not the person you want to be and maybe you didn’t recognize that.’ If we never say anything when those things happen, we’re reinforcing that it’s OK.”

Staff members will also be in attendance, and the workshop will also talk about how bystander intervention can look when there is a difference in authority between two parties or some other kind of unequal power dynamic involved. Henderson emphasized the importance of having different campus constituents present at these workshops and at campus events in general: “It’s really easy to take people like the administrators for granted, but there’s another side of their lives where you realize how human they are and how much they care and are invested in this community and that’s really powerful. I have a personal goal to get more people in mixed-group rooms talking to each other.”

For questions about the workshop, bystander intervention, or to schedule your own workshop individually or with a group of friends, contact Nina Harris at nharris1@swarthmore.edu or Abigail Henderson at ahender1@swarthmore.edu.