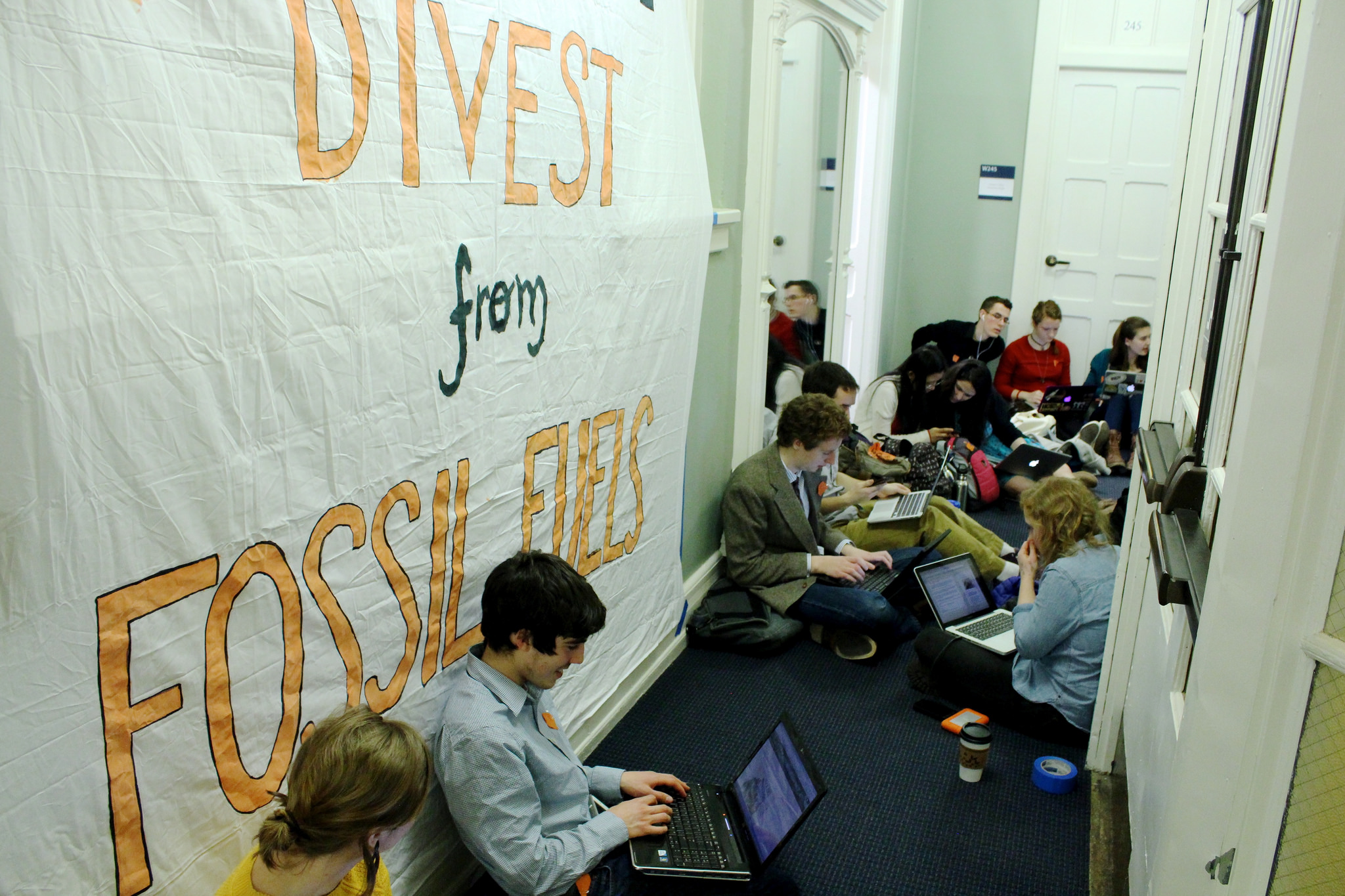 Swarthmore, we need to talk about divestment. We’re not very good at talking about it, either. When I say that, I don’t mean we just never mention it—we have, in fact, seen whole volumes about divestment–it’s just largely been from one side. But a lot of students who oppose divestment won’t even talk about it, while Mountain Justice doesn’t really discuss divestment so much as it preaches it. It sometimes feels that most students have shut off and are ignoring the entire thing–and proponents of divestment often seem so set in their ways that discussing the issue with them seems, at times, futile. That needs to stop. We need to actually debate this thing—to weigh the pros and cons—because the fact of the matter is that divestment would have some downsides, and Mountain Justice doesn’t like admitting it. Divestment would likely cost the school quite a bit of money. It’s hard to get choked up about a slip in cash flow, but the truth is that this could mean putting valuable parts of Swarthmore—like low income students on financial aid—at risk.

For those of you unaware of what’s actually being proposed by Mountain Justice, Swarthmore has a $1.3 billion endowment that we have invested with a whole slew of reasonably safe financial firms. We get interest from these investments, some $59 million, which go into the operating costs of Swarthmore–professors, EVS, financial aid, Sharples cooks, you name it. For context on that number, financial aid at Swarthmore is about $30 million, faculty salaries total about $25 million, and our total operating budget amounts to $128 million.

Now, Mountain Justice wants to pull our money out of anything that’s invested in fossil fuels, with the reasoning that it’s immoral to be invested in companies that hurt the environment. This ignores the reality of how our endowment is invested: we don’t invest in those companies directly, but rather are invested in hedge funds, which, in turn, have invested some of our money into Ye Olde Evil Oil Corporation, and the rest in other companies. And Mountain Justice does have a point that this helps them: by putting our money out there to invest, we do lower the cost for that oil company to borrow. But the money actually invested in them is just a little bit of our money out of our larger pot. And to comply with MJ would essentially mean to yank all of our money out of places where it gets a good rate of return and go to investment firms that don’t give as good a rate. Divestment will cost us.

How much money would it cost us? Two years ago, the Board reported that the cost of divesting would be about $200 million across 10 years, or some 20 million dollars a year. This number has seem some doubt, and it is now often agreed that the cost would be lower than this. But divestment advocates repeatedly use the claim that divestment would incur “little or no” costs. They do this in articles, brochures, and when attempting to win over other students. I recently overheard some MJ activists recently claiming that it might make the school money.

Simple logic refutes this. We can reason out the costs of divestment pretty easily without knowing anything about our endowment: frankly, the college likes money. If divesting would turn the school a profit, the school would have done it already and enjoyed both increased profits and good environmentalist PR. But Swarthmore hasn’t—and indeed, this is not a point of laziness—the Board of Managers has actively fought MJ since divestment was proposed. Hence, we can reason that divestment would lose the school money.

Of course, MJ concerns aren’t over cost. They call it wrong to profit from the destruction of our ecosystem, and they say we could hurt fossil fuel companies by divesting. They are making a moral argument–that divesting is the right thing to do. This spirit is venerable: it’s an embodiment of the ideal that Swarthmore is supposed to stand for: that individuals can make a difference.

(An aside: it seems unlikely to me that Swarthmore’s divestment could really do meaningful harm to Big Oil. ExxonMobil had about $400 billion in revenue last year, which makes me unsure that us denying it a couple of millions in investment is even a noticeable act. But this is a question for minds greater than mine to answer.)

Here’s the thing: That moral argument that Mountain Justice is making is ignoring moral considerations right here at Swarthmore, and values activism over our fellow students. Here’s a moral question for all of us: if we divest, and the school does have less money on hand, what of financial aid and the students who depend on it?

Right now about half of us are on financial aid, totaling about $30 million a year. (There are another couple of million in scholarships, but let’s give MJ the benefit of the doubt and assume those won’t get hurt by divestment.) The school doesn’t give out aid trivially either—you have to need aid to get it, and even then a lot of people must turn to outside sources of funding—a lot of people, to loans.

Full disclosure: I’m one of these students. I receive a rather large amount of financial aid. I need every last dime. And it already isn’t quite enough. I apply for outside scholarships each year and take out loans. Sometimes that still isn’t quite enough: I myself was almost forced to leave school this semester due to my general state of impoverishment. This might be my life, but it’s the life of a huge number of Swatties, too—if you aren’t one of them, you’re friends with a bunch, whether you know it or not.

Divesting means putting these already at-risk individuals further in the red. And while it’s easy to say that we should absorb the cost elsewhere, aid to low-income students is a considerable chunk of the pie. In many other places where it seems like we might cut costs, we can’t: for instance, the school has frozen faculty salaries before, in a time of emergency, but only as a temporary stopgap during the worst period of the recession. Divestment isn’t a one-time crisis: it would be a permanent reduction in revenue. We can’t stop hiring new staff, either: the course burden on our professors is at a record high for the school, and we are in desperate need of more tenure slots. At least some of the cost will have to come from aid.

Even if the overall financial aid budget only gets cut by a couple percent, that will still mean huge consequences for those of us most vulnerable. I speak from personal experience when I say that if I had to take more than a 7% cut to aid right now, there’s a decent chance I might have to leave school for a while, and I’m not even close to being the worst off person that I know of. This is the position that many Swatties get put in–the trade off between debt and an education.

Should we really be making that already absurd choice harder?

I’m not saying that Mountain Justice does not care about these concerns. But they have failed to address them. And those of us who don’t agree with divestment often fail to raise these concerns to them, so it’s a failing on our part, too. But it’s obvious to anyone who asks around that a significant section of Swatties don’t support divestment, or at least haven’t considered it. Many of us are often silent. We all have our reasons—some don’t want the drama of the debate that will ensue, and some are frustrated with being called anti-environment. I, for one, just suck at disagreeing to people’s faces. But we have to do a better job of weighing pros and cons and speaking up when something we value is at risk. It can be scary to disagree with our friends, but we have to do it.

22 thoughts on “The True Cost of Divestment”