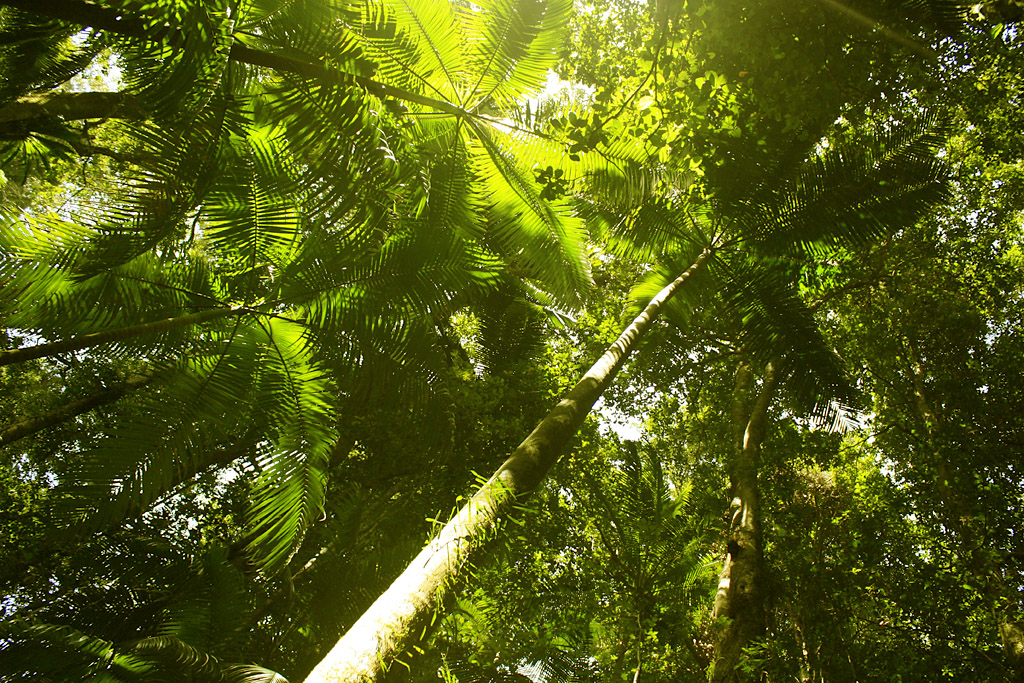 Professor Nalini Nadkarni spoke on Friday, March 20, in an event called “Confluences: Weaving Science, the Arts and Society to Care for the Tapestry of Nature.” Nadkarni, a Professor of Biology at the University of Utah, focuses on the ecology of tropical and temperate forest canopies, focusing on the role that canopy-dwelling plants have in the ecosystem of the forest. She has published two books and over fifty five scientific articles and has given two TED Talks.

Nadkarni centered her talk around tapestries. She spoke about the forest canopy as a tapestry—it is fragile, it can be broken and it can be rewoven. She then discussed how she has used her work as a scientist to weave together different values to integrate them in this tapestry of life.

Nadkarni was one of the first scientific researchers to focus on the forest canopy. She invented new ways to access the canopy, and made groundbreaking discoveries about the nature of the canopy ecosystem. She noted that the microenvironment of the canopy is starkly different than the environment on the forest floor as the canopy experiences greater extremes of temperature and a different variety of creatures. Nadkarni also noted that 60% of the nitrogen in a forest is intercepted and retained by the canopy.

After spending years exploring the forest canopy, Nadkarni began to think about the increasing dissociation of humans with nature and the increasing urbanization of the world. After asking herself, “As a scientist what can I do?” Nadkarni founded The International Canopy Network (ICAN). ICAN seeks to link environmentalism to other human values, such as aesthetic, spiritual, ethical, economic and cultural values. Through this forum, Nadkarni began working to share her love of nature on the forest canopy with others.

The first initiative that ICAN undertook was to create Treetop Barbie and Ground Support Ken. Nadkarni hoped that with these two dolls, young women and men may become interested in climbing trees, exploring science and being adventurous and active.

Nadkarni then spoke about her efforts to weave environmental and aesthetic values. She began the Canopy Confluence series, designed to bring together a number of people from different walks of life to develop new insights and questions about nature. This series integrated artists and ecologists, and out of it a number of artistic works were produced, including Bruce Chao’s “Aether”, in addition to other works of visual art, music and dance.

Nadkarni also spoke about her efforts to weave together environmental values with spirituality and religion. She researched how trees and forests are represented in world religions, researching directly from religious texts. Nadkarni then traveled and gave a sermon in nearly  forty different places of worship, speaking to a variety of different faiths.

The final value Nadkarni focused on was weaving together environmentalism and social justice. For this integration of values, Nadkarni spoke about her work bringing nature projects into prisons. Nadkarni began working with incarcerated prisoners on moss horticulture. Eventually this project grew, as the prisoners completed various scientific projects, and Nadkarni also instituted a monthly science lecture series. Now Nadkarni’s Sustainable Prison Project has spread to twenty prisons in nine states.

Nadkarni stressed in her lecture that it is important to think about how each individual can apply the things they are passionate about to helping the world around them. Nadkarni advised, “Often that something leads to something else.”