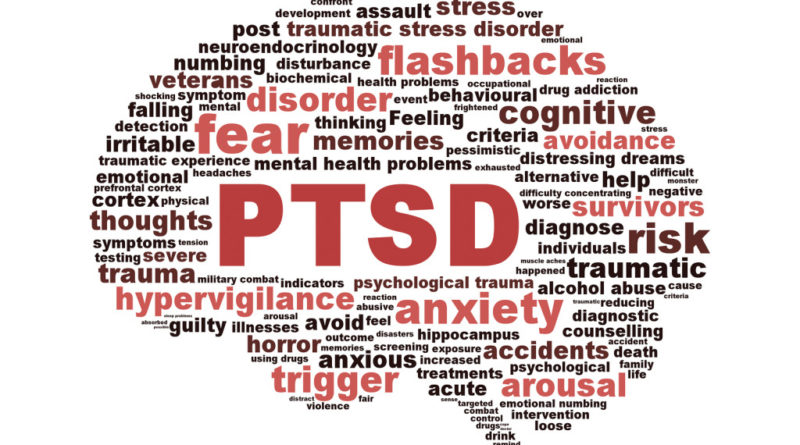 I’ve honestly lost track of the number of times I have seen the idea of trigger warnings misconstrued as attempts to let people avoid anything that could ever make them upset. More often than not, their advocates are painted as sheltered, immature individuals who are unable to deal with any idea that is unfamiliar or unpleasant. Many professors at Swarthmore oppose trigger warnings on the grounds that it is crucial to engage with “uncomfortable” material in the name of academic integrity.

These articles and conversations have made it clear to me that most people have an incomplete or entirely misguided understanding of the purpose of trigger warnings.

Being sad or uncomfortable or any of those feelings when tackling serious topics is not fun, but sometimes it is necessary as we work together to bear witness to the past. Professors who teach classes on topics like genocide and colonialism are prepared to work with most students to process those feelings in or outside of the classroom. Emotional vulnerability is sometimes frightening, but it is not always something to avoid. Having negative emotional reactions, even strong ones, is not the same as being triggered.

Triggers are images, ideas, comments, or experiences that can trigger post-traumatic stress reactions related to the experience of trauma. They are a symptom of a mental health issue that many survivors of trauma experience. Obviously, not every potential trigger can be flagged on syllabi — especially in cases where they are sensations or emotions associated with trauma, rather than exposure to the trauma itself. Controlling for those factors would be an impossible obligation, and no one expects that to happen. Right now, my appeal is for professors to demarcate at least some common causes of PTSD — sexual violence, self-harm/suicidal thoughts, and domestic violence, for example. Students will hopefully also be able to express their specific needs to their professors.

In practice, a trigger warning is a line of text near a book on a syllabus that notes something like “TW: sexual assault, pages 81-85” next to a book. For most people on campus, that will be the extent of their interactions with trigger warnings. If you’re not a survivor of trauma, I advise you to ignore it like you’d ignore the voice that says “viewer discretion advised” before an episode of “House” or the label “may contain nuts” if you don’t have an allergy.

For survivors, trigger warnings are an issue of health and safety in classes. Simply put, triggers are topics that can cause an increase in symptoms in a survivor of trauma. While these symptoms can manifest differently in different individuals, they most frequently cause panic attacks, flashbacks, or dissociation, or a return to behaviors such as self-harm or disordered eating. In almost every case, being triggered with no warning is an experience that makes it nearly impossible to learn material or engage in the class. A student cannot take notes if their hand is shaking because of a panic attack. Being triggered could leave a student too depressed to get out of bed, let alone attend class. It’s baffling to me that so many people refuse to take a small preventative measure to avoid these massive harms. On top of that, if your goal is to have a productive conversation in class about trauma, it would probably be best that students with personal experience with that trauma have the ability to safely contribute to that conversation.

Ultimately, trigger warnings are meant to ensure that survivors of trauma can still participate in classes, to the greatest extent medically possible. A book being marked with a trigger warning does not mean that all survivors of that trauma will entirely opt out of that reading. It could be that they simply want to know which week they should not volunteer to give a presentation, if they cannot discuss the topic in front of a crowd. It could help them manage their time leading up to the reading, so that they can designate more time for self-care while they engage with the material. They might want to let their professor know that they would rather listen than participate that day, or that they might need to leave unexpectedly if their symptoms become unmanageable.

Many people have argued that because trigger warnings do not exist in the “real world”, we should not incorporate them into the classroom. First of all, this ignores the fact that many things in the “real world” serve as de facto trigger warnings- like content warnings on every movie and TV show.  Also it would be good if societal norms about how we approach triggering topics continue to improve. Saying that because the world is not accommodating to survivors, Swarthmore should not be accommodating to them is akin to saying that Swarthmore should never seek to surpass status quo societal conditions. As a preeminent progressive institution, changing norms in our community can help change norms on a wider scale.

I do believe that professors at Swarthmore want the best for their students, so I hope they understand survivors when we say that the classroom is not the primary place to process trauma.

Professors are not professionally equipped to make their classrooms sites for exposure therapy where students can face their triggers and overcome them. Even if we accept the premise that overcoming triggers is the path to healing for all survivors, real exposure therapy can only be conducted by a medical professional, and only then with informed consent from the patient. Proclaiming that you oppose trigger warnings because students need to expose themselves to discomfort in the classroom is like dumping a bucket of spiders on your friend unannounced and hoping that solves their lifelong arachnophobia.

When it comes to trauma, it’s one thing to lean into discomfort, and another thing entirely to be pushed over in a public setting.

Going forward, know that if you are not a survivor of trauma, it is nearly impossible to internalize the reality of the day to day struggle of life after trauma. What you can do is listen to the voices of survivors on campus when they request small accommodations that make it possible for them to continue pursuing their education in the midst of coping with trauma or post-traumatic stress symptoms.

2 thoughts on “Understanding the purpose of trigger warnings”