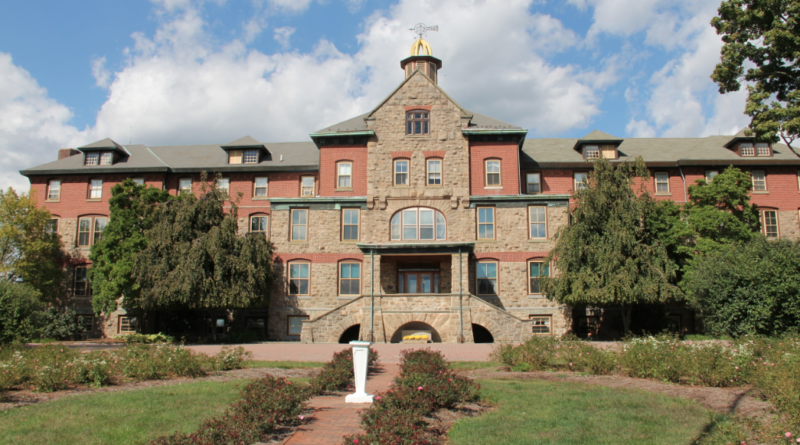 The Wednesday before fall break, The Daily Gazette took a field trip to the Williamson Free School of Mechanical Trades, one of the top vocational schools in America, often described as the “Harvard of trade schools.”  We wanted to see what going to a vocational school would be like, and how a Williamson student’s experience might differ from that of a Swarthmore student.

Tucked away on a street off Baltimore Pike, Williamson would be easy to miss if you weren’t looking for it; there are no obvious signs. As we approached the school, we were met with with rolling lawns and bright fall foliage. The scenery looked much like Swarthmore, which is unsurprising given that Williamson is only a 10 minute drive away.

With approximately 270 students and 24 full-time faculty members , Williamson is only about a sixth the size of Swarthmore. Each student applies for training in one of six technical trades: carpentry, masonry, machine tool technology, painting and coating, horticulture, and power plant technology. When a student chooses which of these they would like to pursue, they usually get their first or second choice. Students are divided by trade in classes and activities throughout their time at Williamson. All students also complete the necessary number of traditional academic classes like English, Math, and Economics, to receive an associate degree, which would be the equivalent of 2 years of attending a community college.

Candidates for admission must pass a number of requirements: according to a Williamson catalog, they must be an unmarried male legal US resident of 19 years or younger with a high school diploma or a GED. They need to have good health, pass a drug screen, and be “of good moral character.” Lastly, they must demonstrate financial need, defined by Williamson as 250% of the Federal Poverty Level based on taxable income.

One of the most notable things about Williamson is the “Free” in the school’s name is no exaggeration: it is literally free. Students pay no tuition whatsoever, and the cost of every student’s full scholarship is an estimated $100,000. Students only pay for personal items like tools, calculators, etc. Furthermore, the school receives no funding from the government. The school is completely financially dependent upon alumni donations to continue to run. This is a truly impressive claim compared to students who must pay full tuition at Swarthmore.

We first heard about the school through Weemie Kingham, who works part-time at the Swarthmore Admissions Office. She is the Placement Director at Williamson, matching Williamson students with future employers. She also teaches classes at Williamson on writing resumes, and let us come in to talk with her senior carpenter class. 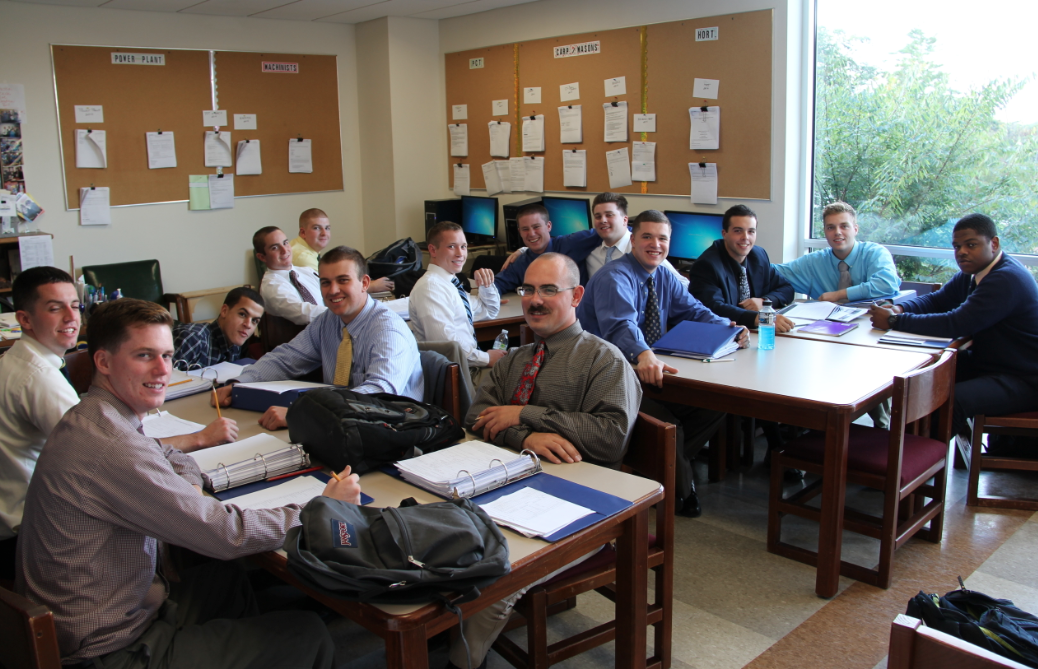 The carpenters told us about the typical day in the life of a Williamson student: they lead a militaristically structured life. Every weekday, students rise promptly at 6:00 am. They dress, prepare for the day, and gather in front of the main building in even lines for the flag-raising and inspection. To pass inspection, each student must wear a clean, pressed suit and tie with shoes tied and shined. They eat breakfast until 7:30, when the chapel service begins. At 8:00, they go to classes for the entire morning, followed by a one-hour lunch break at 12:00, one of their only free periods during the day. At 1:00, they have shop, where they each learn their respective trade. Seniors act as foremen in the shop, and are in charge of the underclassmen. In the evening, they have study sessions and play sports together. Everyone is in bed by 10:00 pm.

One of the first things you notice when entering the Williamson campus is how clean and well-manicured everything is; it is not readily apparent, however, that this is the direct result of hours of student labor.

Discipline is taken very seriously at Williamson. Even minor infractions, such as being late for a class or having a wrinkled shirt or untied shoes can garner a 4-hour mandatory work duty on a Saturday, simply referred to as “hours,” in which students must perform any maintenance, grounds work, or janitorial work required by the school. A more serious offense such as class disruption can result in 8 hours or more. The school has a zero-tolerance policy for drugs and alcohol, an important policy given that students regularly operate heavy machinery.

If a student reaches a certain number of hours, they are dismissed from the school. For freshmen, this threshold is 80 hours, and then each subsequent year the threshold lowers—for seniors, the threshold is 48 hours. If a student reaches 32 hours, their hours automatically double. If a student has remaining hours to fulfill at the end of the school year, they must stay to work over the summer. Student who feel they have received hours wrongly may appeal the decision by approaching the Code of Conduct Review Committee for a reevaluation.

It is rare that students ever go three years without getting any hours. Upon graduation, students who never received any hours whatsoever in all three years at Williamson get a Good Citizenship Award; last year was an all-time high, with four recipients.

Discipline is a main factor behind why employers recruit from Williamson. “What we’re trying to do is inculcate a business mindset. These guys are all destined to go out into the business world. They need to be professional,” said Kingham. Williamson’s disciplinary policy also minimizes staff costs for the school, as they have no need for the Swarthmore equivalent of facilities or environmental services; the students do it.

This kind of life may seem unimaginable to Swatties used to the freedom of Swarthmore. But Williamson life also fosters a strong sense of community. We felt a genuine sense of satisfaction from seniors, likely fostered by this sense of community built into the school. In a close-knit environment like Williamson, students do things collectively. They attend the flag-raising ceremony, take classes together, study in group sessions, and play football and other sports in the evening. There are black squares in front of the main building commemorating students who passed away while attending Williamson, and benches made out of fine carpentry in memory of distinguished alumni. This sense of community shows when it comes to giving back.

The norm of philanthropy and giving back at Williamson is self-evident due to the fact that the school is entirely financed through donations. But this philanthropic mentality is paralleled in other aspects of the school as well. Each graduating class donates a structure to the school that they make together. Shown below is a bell donated by last year’s graduating class, which each graduate rang after receiving their diploma. 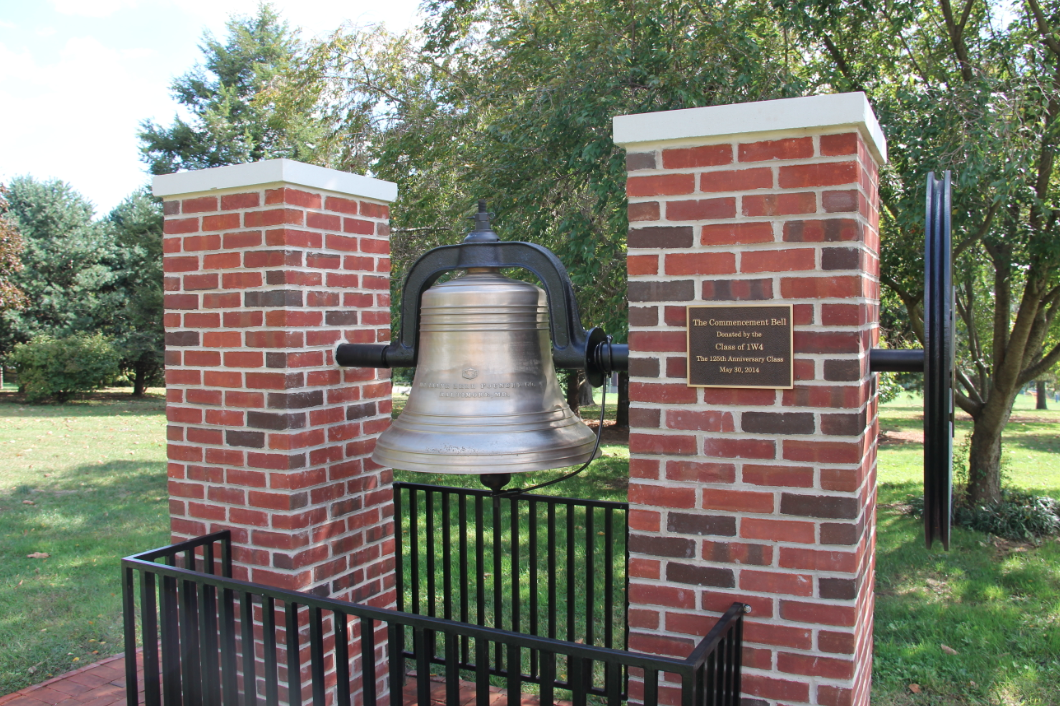 Additionally, all students must wear formal business attire. As such an expensive uniform might put a heavy burden on students, the school provides a Clothes Closet where previous students can donate their old dress clothes, such as jackets, ties, etc. The announcement of the opening of the Clothes Closet always causes cheers, and freshmen rush in when it opens to try on suitable clothes to take.

When asked about what going to Williamson is like, students had a number of responses. One senior, Sean Loftis, said, “It’s a complete change from what we were doing in high school. And to be honest, I didn’t know it was going to be like this. The switch just flips and you start making your bed every day and being on time for everything.”

Another student added: “It’s little things like making your bed. When I go home on the weekends, I sometimes catch myself making my bed.”

Students go through a profound transformation in three years. At the beginning of this year, more than 106 students were recruited, but only 75 stayed, an all-time record of dropouts. Many students said that they were overwhelmed by the stringent discipline, the tight schedule, and other sudden changes they went through.

“If I went to a regular college, I wouldn’t be achieving the things I’m doing here. If I paid to go to some regular school in Delaware County, I’d just sleep in and not go to class. This keeps you on the right track,” said Chris Clements, a senior. Another student agreed: “That’s true for all of us.”

Clements said, “Your first year is a little rough, but you get used to it, you start making friends, you get into a routine.”

Williamson students did seem genuinely grateful for the opportunity at a vocational education. With guaranteed employment after graduation and three free years of learning in a strong community, Williamson educates students to become the best professionals in America, and only a quarter of applicants ever make it in.

Every semester a job fair is held on campus, where 60 to 80 companies come to recruit prospective employees, some of which exclusively recruit from Williamson. Students sometimes go to work in fields different from the six specialties taught in school, because many employers believe that training a man to work in any field is easy if he knows the skills and qualities that work entails. 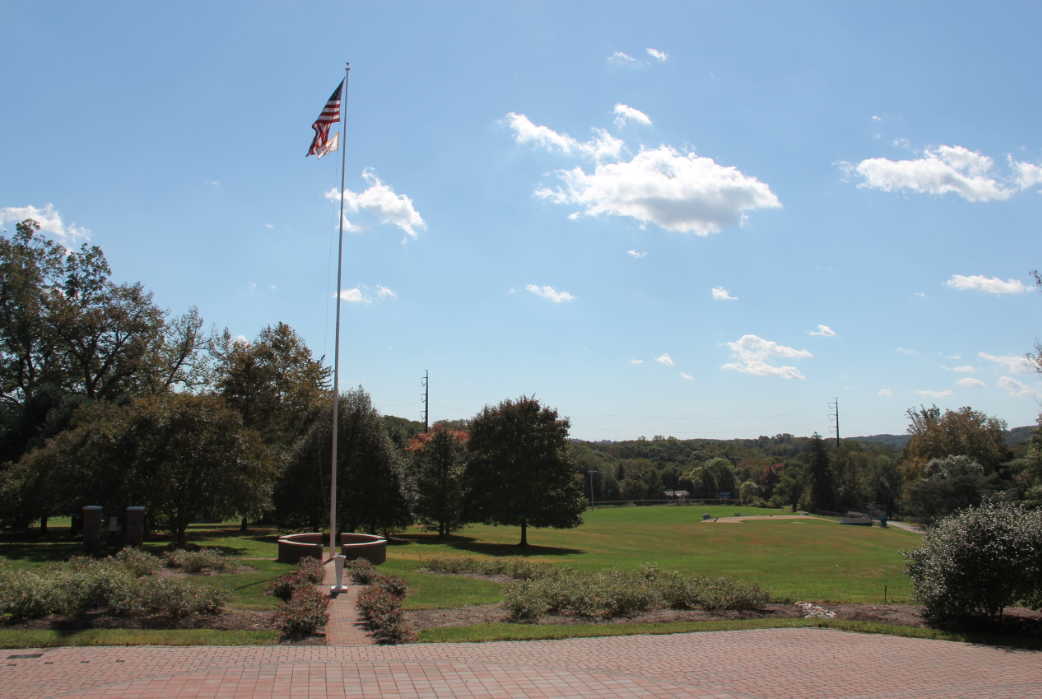 Despite Williamson’s success at massively increasing its students’ opportunities for gainful employment, vocational education is floundering in the United States. In a September 2014 Boston Globe article, an executive at Massachusetts Communities Action Network, a nonprofit advocacy group, Don Walsh, said “The biggest problem manufacturers have is running out of workers. The feeder system is not there in the capacity they need.”

A study conducted by the Northeastern University School of Law found that in the past two years, more than 3,500 students were unable to get into public vocational schools, especially in communities with high unemployment and large minority populations.

Even in 2011, the government was reallocating funds away from vocational schools, slashing federal funding by as much as 20%, and diverting them towards college education. Obama openly expressed his desire for America to graduate the highest proportion of college graduates of any country by the year 2020.

As we were reflecting on what Williamson means, Kingham posed a question to her class: “How do you see yourself making the world a better place?” One student answered, “Doing the things that other people find taboo.”

Williamson provides a first-class education, a strong and giving community, and furthermore purposefully focuses on shaping men into disciplined, hardworking people of strong character, all completely free of charge.

If there is one thing this trip to Williamson has demonstrated to us is that if America considers vocational education a taboo, this notion needs to be seriously reconsidered.

To know more about the student experience at Williamson, watch the Official Williamson Documentary here. 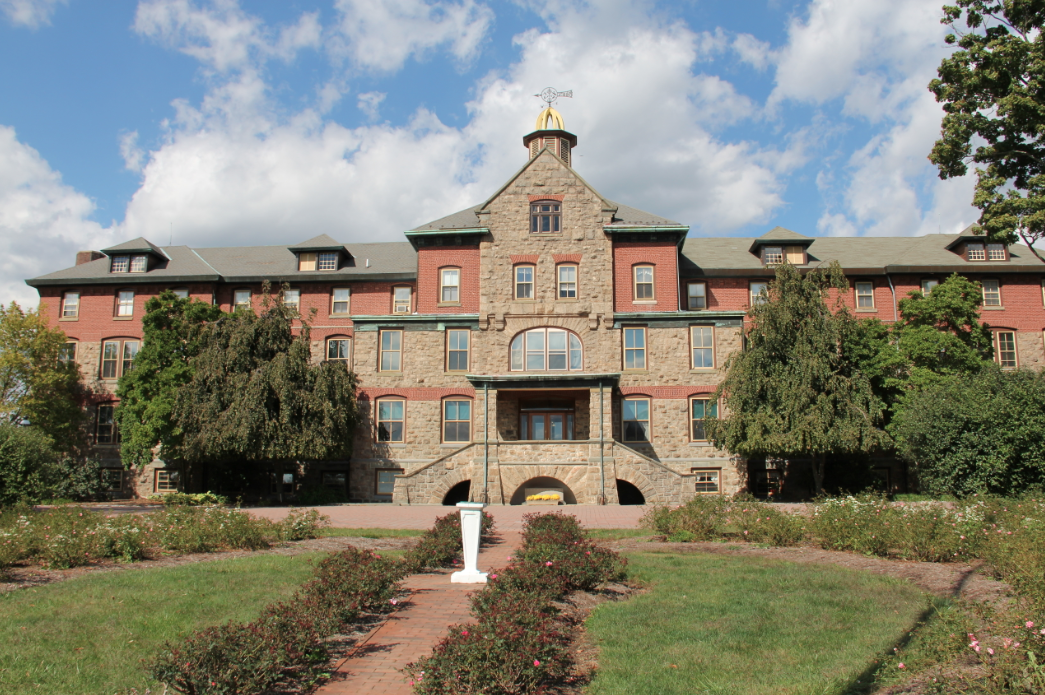 6 thoughts on “10 Minutes Away From Swarthmore, America’s Finest Vocational School”