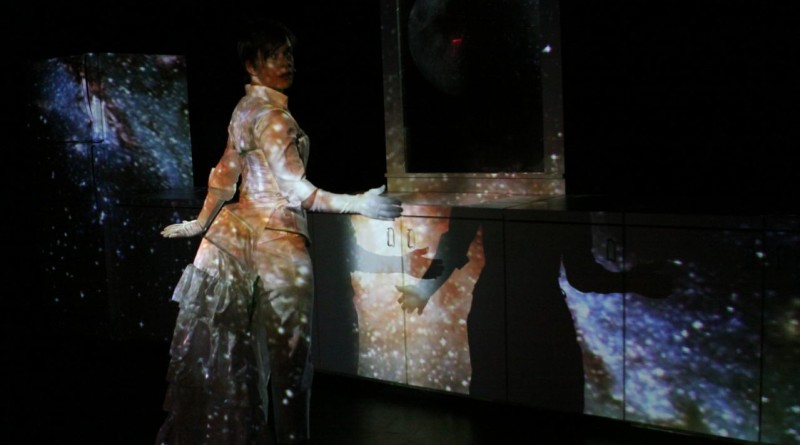 Despite sustainability efforts presently underway on campus, the college still produced over 8,000 metric tons of carbon dioxide in 2013 and the primary source of heat throughout campus is a century-old centralized steam system.

However, new renovations to Willets Hall have demonstrated how infrastructure changes can alter even an older building’s carbon output. This summer, the residence hall was taken off central steam heating, and now uses natural gas as its heating source, which greatly reduces the building’s carbon footprint. According to Stu Hain, the vice president for facilities and capital projects, this decision was both economic and environmental.

“The cost of replacing the line was calculated to be about two thirds of the cost of installing a stand alone heating system,” explained Hain.

Using the centralized steam heating system is less than ideal from an energy standpoint. Before the renovations, an 85 percent efficient boiler produced steam that was then piped over 2,000 feet underground to Willets, with the resulting water sent back to the site.

“On the face of it, it’s a considerable amount of waste to boil water remotely if the intent is to provide hot water and heat locally,” said Hain.

Exploring other options was a part of the process.

“We then looked at advances in condensing boiler technology and discovered boiler efficiencies of up to 96 percent could be achieved with some models. The bonus is the heat can be produced when needed rather than having hot, pressurized pipe full of steam on standby,” he said.

Construction on the Matchbox, the college’s new fitness and theater building, is currently in the final stages and it is set to open after fall break. No serious spike in emissions is expected with its opening, and green technologies are incorporated in its design, including an air monitoring system and a storm water recharge system. The air monitoring system will economize airflow by delivering fresh air based upon occupancy, while the storm recharge system will prevent erosion into the Crum Woods.

Even as the Matchbox is being completed, administrators are looking to future construction projects that will meet the demands of an ever-growing student body. Among these projects are a new biology, engineering, and psychology building, the Town Center West project to build an inn and restaurant, and a 120-bed dorm near Palmer, Pittenger, and Roberts dorms.

New construction, which increases energy demands for lighting and heating, presents a substantial challenge to sustainability efforts. With a stated goal of carbon neutrality by 2035, the college has reiterated its continued commitment to decrease emissions while adding floor space.

Director of the Scott arboretum Claire Sawyers expressed that these new construction projects give the arboretum an opportunity to address environmental issues.

“We want to use horticulture as a way to mitigate some of the challenges that these projects represent, such as storm water and increased energy demands, and we are ready and anxious,” she said. “Horticulture can now contribute to these larger issues, these greater causes that the college has said we want to pursue.”

The college presently has no specific policy governing environmental requirements for new additions or for older buildings, but a “sustainability framework” is in its developmental stages. Although details remain unclear, Laura Cacho, the college’s sustainability director, explains that “the sustainability framework is tied to our master plan, looking at the next 15 years and saying, ‘What else could we be doing?’”

Of the new construction projects, the BEP building presents the greatest obstacle to sustainability efforts on campus according to Greg Brown, vice president for finance and administration.

“By the nature of those departments, that will be the largest building on campus when it is built, and our responsibility is to build something that is as energy efficient as possible,” said Brown. “Science buildings are the least efficient, so the real challenge is to contain the use of energy.”

Although how this will be done remains undecided, the college plans to explore numerous options for energy production, including natural gas, geothermal power and hydropower.

Sawyers remarked that the BEP building could incorporate a green roof as an environmental consideration.

“To have a green roof that people could actually enjoy as a garden — it’s a terrace, it’s a study area, it’s got tables and chairs, it’s got a gazebo — you’re actually invited into it. And there are a lot of green roofs like that,” she remarked.

Sawyers went on to explain that although the arboretum currently does participate in sustainability efforts, its mission may shift to focus even more on sustainability as these building projects continue.

“A lot of what we do in the next few years will be driven by the projects that are underway,” she said.

Plans for the BEP building are far from finalized, and there will be a large community conversation about the new building plans this coming November.

To serve the spatial needs that a growing student population demands, the college also plans to build a new residence hall, most likely near the current PPR dorms. Although concrete plans have not yet been made, this building will have at least 120 beds. The dorm could also, said Greg Brown, serve as an important part of student observation of sustainability.

“I think it would be great if we had a student residence hall that was particularly well-designed from an energy perspective, so students could actually study it, and see how changes in behavior can affect energy consumption,” he said.

“That’s all something that’s part of our mission as a college so that’s not going to change. Those are things we are going to have to offset,” said Cacho.

Cacho expressed some concern as to whether the college will be able to reach its 2035 carbon neutrality commitment.

“Often there is a gap [between carbon neutrality and actual emissions], and that’s when you look more deeply at renewable energy offsets … that’s very feasible,” she said.

Currently, the college purchases Renewable Energy Credits to completely offset its electricity-related emissions, and may have to do so with other energy uses, such as those deemed part of the college’s mission. Both Brown and Cacho made it clear that purchasing RECs is a last resort, and that the college will pursue all other avenues to reduce carbon emissions first.

Brown additionally emphasized that when it comes to sustainability, one overhaul cannot accomplish this goal. “If we are consciously thinking about that every time we do a renovation or project, that’s how we get there,” he said.