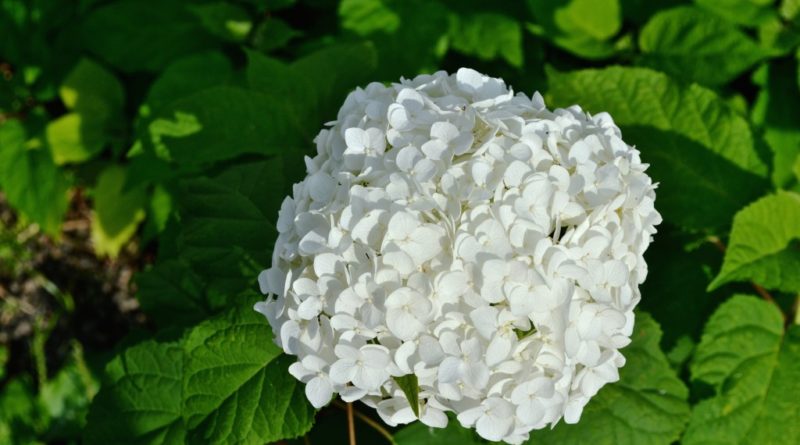 The Scott Arboretum is as much a source of beauty as allergic reactions: a collection of taxonomically classified plants. It is accessible to individuals for free at any time, and to organized tour groups according to a regular schedule.

On Sunday, September 21, for example, the Arboretum held a guided tour that focused on the campus’ collection of viburnums. The word “viburnum” refers to a genus of shrub that differs from other shrubs in ways that are genetic and invisible. They are a diverse bunch of plants, ranging from very trimmable hedges to less trimmable hedges. The walking tour offers a variety of information on the shrubs, including their colors, odors and the history behind their bemusing common names (take, for instance, the “Viburnum rufifulum”, or “Royal Guard”). While ostensibly an absurd use of time, it is a valuable experience that can easily go overlooked.

On paper, this is a pretty hard sell — a slow trip through some knee-high plants in the company of several local retirees passionately discussing gardening advice may not be most college students’ idea of a good time. Really, though, a tour of the Arboretum is an eye-opening walk in the park, a relaxing change of pace and a way to see the campus in a new light. People on the tour are not required to walk through it for the duration and there is no pressure to pay close attention. Although the focus of the tour is viburnums, the Arboretum guides lead participants all over campus and explore all different kinds of wildlife. The tour also went through the Rose Garden, detailing the surprising amount of difficulty involved in keeping roses that are prone to pestilence and disease.

The slight push that the tour provides is helpful in considering the natural beauty of the campus, which can be easy to ignore. Each viburnum, when examined for more than a few seconds, shows unique beauty. By standing by each specimen long enough to properly take it in, viewers can get a real sense of the different aromatic and visual qualities of each one. And despite easily-made assumptions to the contrary, shrubs are fascinating things, each with a different capacity for brightness of color and scent.

The tour introduces elements not normally considered to be of plant aesthetic. Features like plant texture seem confusing and almost ridiculous to take into account, but in reality add to the experience without too much thought. Whether or not a shrub is more waxy or dry may not mean much to the observer, but it is an amusing consideration for anyone looking at a plant for a reasonably extended period of time. Fortunately, texture is visibly apparent, as it is unclear whether or not you are allowed to touch the plants.

One of the most interesting things to be learned from an Arboretum tour is the role that the biology of the exhibited plants plays in determining which ones are fit to be on display. Take for instance the Prairie Dropseed near Kohlberg, which is burned every spring break to regrow as it would in nature and the trees around campus that develop beautiful color early as a sign of their poor health. This kind of information may raise internal monologues about death and rebirth and the accelerating pace of youth as it both peaks and leaves our grasp. Or not, of course. But regardless of how pretentious you choose to be on your tour of the Scott Arboretum, you will find it hard to ignore how much more interesting the science behind the plants makes their observation. The facts behind their presence turns simple upkeep into almost artistic craftsmanship.

The venerable effort involved in making something that is so unfortunately ignored should be taken seriously, for at least a paragraph. The state of the plants is in constant, easily ignored flux. The Arboretum staff will often be required to cut stems to allow the plants to regrow properly. Students on campus should keep in mind as they walk around outside that the Arboretum is a work in progress and upkeep at any given time. Different plants bloom in different seasons, keeping the campus colorful year round as a result of technical deliberation on the part of the Arboretum staff. The staff works exclusively with biological controls and does not embark on projects that are not ecologically sound.

Tours shine light on the relationship between the campus and the Arboretum. On the one at hand, the guide brought up the trees on the planned construction site for the upcoming science building. Information like this puts the Arboretum in new perspective as something that is both part of the campus and separate from it.

The Scott Arboretum is not the kind of nature that should be stepped on and walked by, but rather the kind that should be observed carefully, appreciated and overly intellectualized in writing. All of this can be accomplished by going on a tour. There is no cost or even formal registration required. The shrubs won’t care whether or not you go, but imagine that they do.