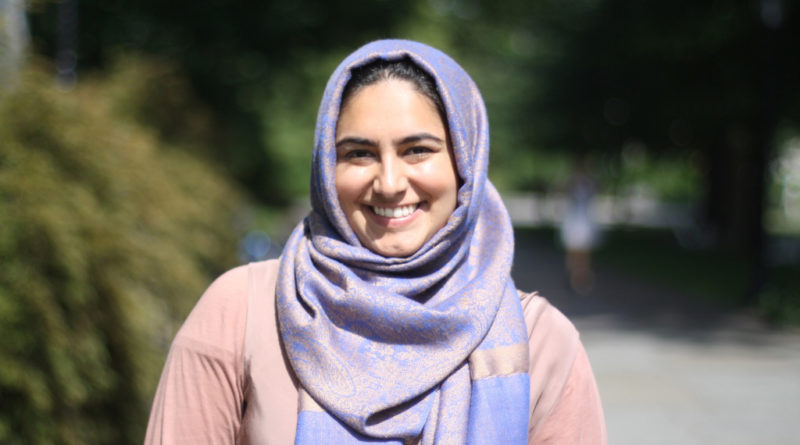 Ailya Vajid is only a few months into her job as religious advisor for Muslims on campus. But the tenuous status of this brand-new position may force her to leave when this semester ends. The job is an interim one, approved for just one year and fulfilled with one-semester contracts.

The college’s religious advisers are not paid faculty members and never have been, in part because of the school’s Quaker heritage. This creates a difficult disconnect for advisers, who are not employees in the same way that faculty and staff are. Many students and faculty alike within the school’s faith life community feel that advisers should be paid by the school, and that not doing so shows an administrative underappreciation for faith on campus.

The system in place has religious advisers serve in part-time, affiliate positions, funded by outside, non-school-affiliated groups: the Archdiocese of Philadelphia, Hillel International, the Intervarsity Christian Fellowship and Partners in Ministry. An equivalent organization does not currently exist for Muslim life, so proponents of the Muslim adviser position have been designing alternatives for funding after this semester.

The current proposal seeks to create an endowment of at least $1 million, enough to pay for a half-time employee. Joyce Tompkins, the religious and spiritual life adviser and the de facto head of campus faith life, says the goal is to raise the target amount within the next two academic years, from both the school endowment and outside groups.

Last semester, college officials agreed to begin the process of establishing a Muslim advisor position. Then-President Rebecca Chopp chose to fund an interim job on a temporary basis, through the 2014-15 academic year, using presidential discretionary funds. The administration may eventually choose to continue funding the position past 2015. However, contracts for the job — officially labeled as a “consultant” position — last only one semester, affording little security for Vajid and any future prospective workers.

Vajid’s current role as consultant for Muslim student life is to “work on developing a model for a religious adviser for Muslim students that will be similar to the other [advisors],” according to Tompkins. But there are concerns that because the position is not guaranteed after the spring semester, there may be too little time to prove that a Muslim advisor on campus would be valuable and worthwhile. Vajid also worries that her interim capacity makes it difficult to have an impact on student life.

“In order to provide support for students, you have to understand what’s going on on campus,” she said. “I can’t really provide that support if I’m not a part of campus.”

Vajid became involved on campus in January of this year, hired by the Muslim Student Association to support the organization and help establish a school-supported advisory position. According to Vajid, who graduated from Swarthmore in 2009, student support for a Muslim faith advisor became nascent in the mid-2000s.

Although one significant push was made by the student body later in the decade, it wasn’t until last semester that a campaign succeeded. A petition to the college administration garnered over 300 signatures from students, alumni and faculty.

Faith leaders found that what was most impressive was not merely the size of the campaign, but also the amount of support and involvement it received from people who are not active in faith organizations.

“Students who aren’t of faith background seem to really enjoy the types of conversations they have with students of faith,” Vajid said. “Meaning-making, philosophy, these are the kinds of questions that we can think about in this space.”

The diversity of petition signers played a key role in convincing college officials to create the position.

School support for religious life is “better than it was,” noted Tompkins, who has been at Swarthmore for ten years. She listed several signs of increased support, such as a recently-created stipend to an external organization to fund interfaith activities on campus. A key addition has been better integration of religious advisors with campus events, including Orientation, diversity workshops, faculty search committees and staff meetings — all of which previously lacked a religious presence. The number of religious advisors has increased over the last decade as well.

“The college supports our presence on the campus,” Tompkins said.

Those involved in campus faith life believe there are still many improvements that can be made. A crucial goal is to develop more connections to other diversity-based organizations. Tompkins and Vajid believe second-year Dean of Diversity and Inclusion and Community Development Lili Rodriguez has been instrumental in adding religion to the umbrella of students’ diversity.

Tompkins said one difficulty of expanding the reach of faith life has been encouraging members of certain religious groups to actually attend Swarthmore. For example, there are few conservative Jewish students because Sharples does not have a kosher kitchen. The religious advisers have collectively been trying to work with Admissions to find better methods to attract applicants of broader religious backgrounds.

Other objectives include a separate building for an official Interfaith Center, rather than the upper floors of Bond Hall, where advisers’ offices are currently stationed, and more representation and activities for students who follow non-Western religions.

Arestad, Vajid and Tompkins all agree that religious advisers should be school-funded and treated as faculty employees,. Those involved said that their primary reason was to ensure that religious life is respected and appreciated by the administration, and to continue promoting faith ideas to the school.

“Religious advisors are not here just to serve students who identify as religious,” Tompkins said. “We help the entire campus come to terms with the role that religion plays in the world.”

*Arestad is a columnist for the Phoenix. He had no role in the production of this article.