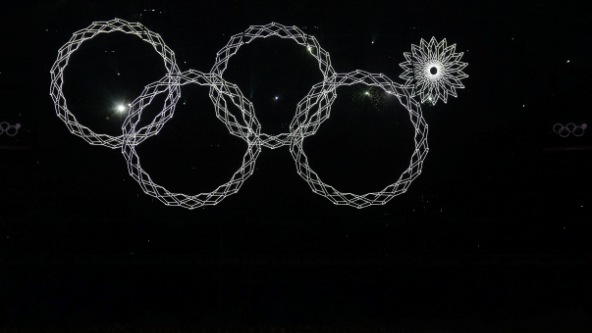 Let’s face it: the Sochi Olympics were never going to be anything but amazing. That isn’t because of the level of competition. It’s not because of the record beating scores or the new team figure skating event. They were going to be the best Olympics ever because they are held in Russia and Russia is the craziest place ever. President Vladimir Putin is showing the world that Russia is the place to be if you want to live an exciting, dangerous and illegal life.

I know that last year there was a meteor impact in Siberia and that almost one hundred years ago Vladimir Putin rigged the results of Russia’s Got Karl Marx Fever, but none of this compares to Putin’s attempts to show the world that Russia is back and better than ever. The Sochi Olympics are meant to be Russia’s gift to the world: Russia is meant to win the whole thing (thus showing how great Russia is) while putting on a lavish performance that makes Russia seem like it has a vibrant economy and friendly people. But that isn’t what the Sochi Olympics are; they are so much more than that.

Sochi just shows how ridiculous the Russian government is with spending. The average calculated cost estimate for the Sochi Olympics currently stands at $50 billion, which is $10 billion more than the Beijing Olympics of 2008. These are the most expensive Olympic games ever (Winter or Summer) partly because the Olympics are being hosted in the middle of nowhere, in a region that isn’t supposed to be heavily snow-covered in February. Sochi was originally a beach resort where Russian families who didn’t want to go to Georgia (damn defectors!) could spend their summer holidays swimming in the worryingly polluted Black Sea. The main highway to Sochi from the north of the country had to be updated for modern needs, costing an estimated $9.4 billion. For a road. It’s just a long stretch of asphalt for cars and buses to go on. The entire Vancouver Olympic games cost $1.5 billion total. The Canadians, if they had wanted to, could have probably hosted the Winter and Summer Olympics with the World Series to finish the year off and still have been within the budget for Putin’s road to Sochi. It turns out that the Russian editor of Esquire magazine did some simple calculations and presented his findings: it would have been cheaper to pave the entire 30km road in caviar, or gold, or pretty much any desirable commodity than to let Putin’s friends build it. The financial results of this Olympics are ridiculous but explainable: Putin is keeping a lot of people loyal by giving generous government contracts to his oligarchic pals in order to keep their support. These Olympics are only partly for athletic competitions; they’re mostly for kickbacks.

The Putin inspired social policies that Russia has been battling with in the past years, particularly their repression of homosexuals, have led to most of the amusing quotes and incidences at Sochi. Germany turned out in rainbow tracksuits, the Sochi volunteers did so too (Russia really has no idea what’s going on) and Putin showed off some leopard cubs with a shirt on so that, for once, he couldn’t be made into a pinup. The international community’s worries about Russian policy have caused some sort of miscommunication among Russian officials who keep giving very strange answers. The Mayor of Sochi said about homosexuals: “We just say that it is your business, it’s your life. But it’s not accepted here in the Caucasus where we live. We do not have them in our city.” This is despite the existence of a number of gay bars in Sochi that manage to stay in business even during the tourist off-season. Putin announced on January 17th that he was fine with gay people attending the Olympics on one condition: “Just leave kids alone, please.” While two weeks ago Russian Deputy Prime Minister, Dmitri Kozak, claimed, “[Gays] can make propaganda about their sexual orientation among adults. But there is no need to involve children. I have already said this many times.” Russia is clearly still in the fifth century BCE and believes pederasty is the norm. There is a lot wrong with persecuting an entire community, but it’s even more confusing now with Putin and Kozak’s statements.

The state of Sochi as the athletes arrived also led to a number of questions being raised about Russian policy and whether the Olympics should have been awarded to Putin. The state of some of the rooms, hotels, streets, facilities, bathrooms and pretty much everything else has led to numerous complaints from those at the event, though one Sochi official claims there have only been 103 complaints. The best accusations have come from Mr. Kozak, who took it upon himself to announce that he had caught Western saboteurs: “We have surveillance video from the hotels that shows people turn on the shower, direct the nozzle at the wall and then leave the room for the whole day.” Firstly, if someone really wanted to discredit the hotels then they probably don’t need to work that hard. Secondly, why are there cameras in the showers? Why? Who does that? Also, whose job is it to go through all the footage of people showering to check if anyone is pointing their shower at the wall? It’s all just a bit weird.