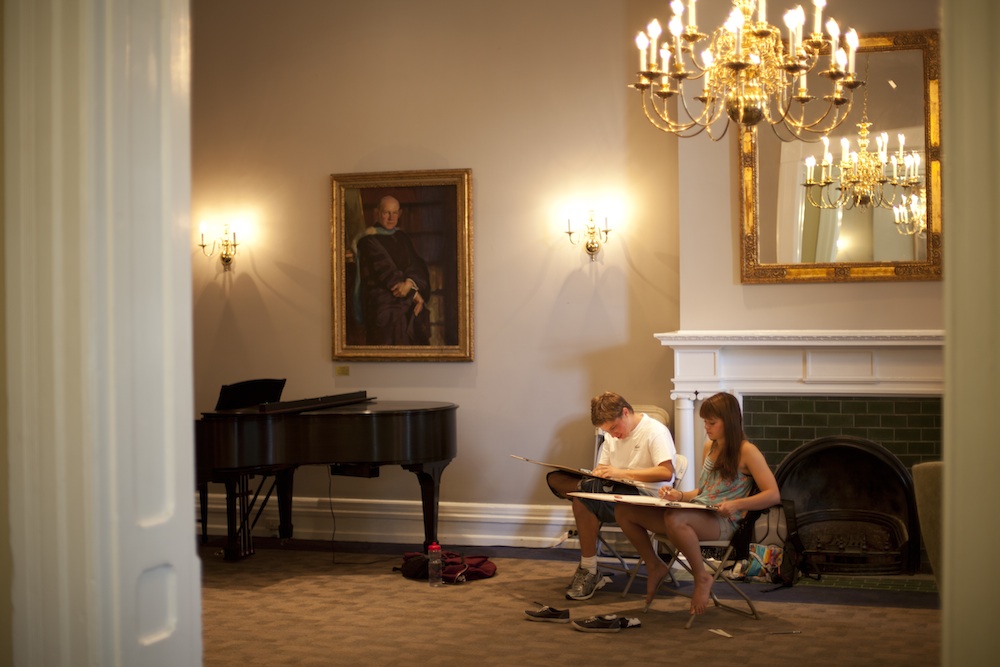 “It’s important that we get our projects done,” Schlessinger said, expressing the need to achieve tangible results. In the face of skepticism from students, Schlessinger said that CamCo should shy away from abstract, overarching projects.

Schlessinger went on to propose a bi-weekly, off-the-record meeting to discuss Campus Council matters not suited to public meetings, such as the way student government is perceived by community members.

Schlessinger then shifted the meeting to bigger projects.

CamCo discussed dividing up the Margolis Healey report on College policies to simplify it and make it more accessible to students. Financial Policy Representative Razi Shaban ’16 said the Phoenix is already working on this. CamCo then decided to wait for more information on the Phoenix‘s activities.

Next, Schlessinger moved to the proposed academic guide. In dealing with professors, she said, students are often clumsy and awkward.

“Students are less than professional in these kinds of situations,” Schlessinger said.

The proposed guide will try to explain to students the subtleties of interacting with professors.

Moving forward in their agenda, CamCo unanimously agreed that Essie Mae’s offerings are unsatisfactory. The council will try to find cheap replacements for the current products on offer.

“[We need to] replace some of the less favorable things with equally cheap, more favorable things,” Schlessinger said. Shaban suggested “crowdsourcing” the process. Other council members thought this was a good idea.

Shaban spoke about an initiative to create an internal Swarthmore version of the popular website RateMyProfessors.com. In speaking about the costs of this project, CamCo concluded that someone would need to receive reimbursement for their efforts. Co-President Jason Heo ’15 turned to the Student Budget Committee President Jacob Adenbaum ’14, present at the meeting, to discuss possible future funding.

Heo went on to discuss the idea of creating a website with information about student groups and activities, as well as academic resources, called the Student Resource Guide (SRG). When told that Mike Elias’s office is working on a similar project, Heo made it clear that his idea was a separate project.

Other conversations included Chastity Hopkins ’15 suggesting that CamCo cooperate with Swat Seventh Fan’s Aaron Jackson ’16 and Yohan Sumathipala ’16 to help raise money for a social action project in Sri Lanka. Swat Seventh Fan raises money for every person that pledges to go to a Swarthmore athletics game in a dual effort to get more people to attend games and also support a meaningful cause.