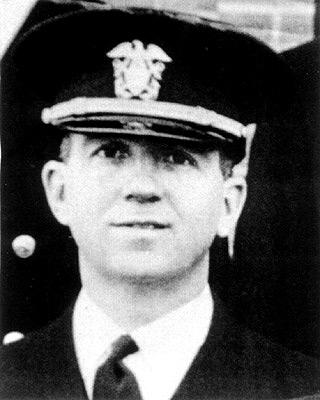 This Valentine’s weekend, a cast of Swarthmore musicians will perform music from one of Broadway’s greatest love stories. “South Pacific” is the story of a young nurse and an older French plantation owner who meet on an obscure island during World War II. As their romance develops, nurses, navymen, sailors and spies make mischief on the island.

But the show is more than just a rom com—it touches on some very heavy content. Members of the Swarthmore production’s cast point to the theme of fighting racial prejudice as one of the most important issues addressed in the show. Written in 1949, “South Pacific” ran on Broadway as the Civil Rights Movement picked up speed.

“The show has some really enduring value,” says conductor Audrey Edelstein ’15. “It puts into words the anger and frustration that the authors had to be feeling at the time.”

This idea is expressed in the number “You’ve Got to be Carefully Taught.” The song, which is performed by a white male lieutenant, addresses interracial romance. The lieutenant sings, “You’ve got to be taught to be afraid of people whose skin is a different shade.”

Kimaya Diggs ’15, who plays Bloody Mary, points to some concerning representations of interracial relationships and people of color, such as the bizarre island dialect in which her character speaks. “I’ve struggled a lot with how to play this role responsibly,” she says. “It is, after all, a period piece.”

“This was definitely very progressive in its time,” says Diggs. “The way the show deals with this problem is very dated, but the issue is timeless.”

At its debut in 1947, the show caused controversy for its progressive values. When it went on tour in 1953, two Georgia legislators called the interracial love portrayed in the show “un-American.” In retaliation, Rodgers and Hammerstein threatened to cancel all performances unless audiences were integrated.

“Tales” was published just two years after the end of the war, and went on to win a Pulitzer Prize. The Rodgers and Hammerstein musical adaptation hit Broadway just two years later. The show seems to hold appeal for modern audiences—the most recent revival ran for almost a thousand shows.

According to Diggs, Michener’s book is far more complex and progressive than the musical adaptation. Rodgers and Hammerstein seem to have simplified the message of the story, perhaps to make it more palatable to audiences at the time.

The social statements of the show aside, Edelstein believes that one of the most timeless elements of the show is the music. Rodgers and Hammerstein, who also wrote “Oklahoma,” “The Sound of Music,” “Cinderella” and many other Broadway hits, are considered among the most influential musical teams since the Gershwins.

One of Edelstein’s favorite songs in the show is “Twin Soliloquies.” This song addresses the love between the young nurse and the French planter. It is introduced in the first act and reprised in the second.

While both the message and the music have shown their power to endure over generations, there is another important legacy the show has left Swarthmore: $1.7 million and counting in royalties. Michener also left the college $10 million in his will.

“It’s been really exciting to converse with Swarthmore’s history through the show,” said Edelstein. “We’ve also been very lucky to work with such talented musicians.”

Swarthmore’s performance of the show will be semi-staged. The orchestra will play on stage with the singers. At the front of the stage, several microphones are set up for soloists. The singers will wear light costume and act out a few of the best-loved moments in the show. This staging will highlight the show’s progressive message and its profound romance in a student-friendly timeframe.

The leads of the show are Laura Katz (Nellie), Aaron Krober (Emile), Paolo Debuque (Lt. Cable), Kimaya Diggs (Bloody Mary) and Daniel Cho (Billis). Edelstein and Jeremy Rapaport-Stein will conduct. There will also be a substantial orchestra and chorus performing in the show.