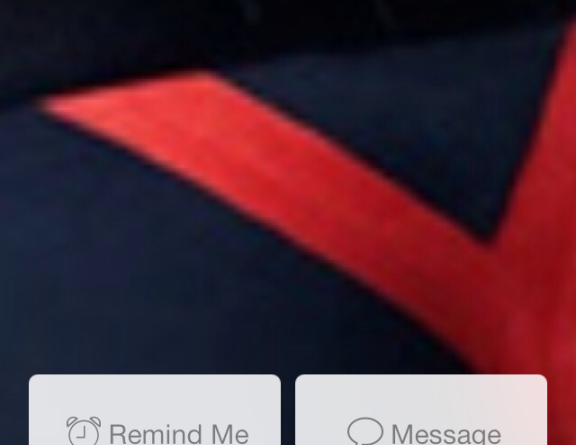 Welcome back, Swatties! A new semester is upon us, whatever that may mean to you. I look upon the upcoming months revived and refreshed, despite the inevitable stresses to come. This is in large part thanks to a relaxing break, where high school catch-ups and home cooked meals interlocked throughout a month that went by all too quickly. For some though, the aforementioned elements alone can’t form a cohesive whole. Something’s missing, something to fill an aching hole that’s opened up over the course of a long semester on a small and intimate campus. Something to let off a bit of built up steam. In these situations, the only solution is to open your contact list, scroll down to that familiar number and text a regular booty call.

Said booty call (or, as they call it in French, “ass plan”), has been around for a while. It could be the ex with whom you’ve preserved a very amicable relationship, the closeted jock you first encountered in a scandalous locker room scenario or the girl you met at some party with whom you can’t stop “grabbing coffee”. Called upon in times of need (or boredom), they can serve as a reminder of older times, some nostalgic golden age when we had free time and our sex lives felt ephemeral due to the looming prospect of college ahead. Even so, can we attach such a nostalgic reading to them, or are they just satisfying a purely physical itch?

It’s probably important to remember that a booty call is there for when your booty is calling. If you get the urge to do splits on dicks for a quick half hour, or spend a night spooning against any body of warmth you can find, the fuck buddy can fulfill this purpose without any emotional attachment whatsoever. But it’s hard to avoid a bit of small chitchat between the front door and the bedroom (or train station and park bush, for all it matters), which would probably put an end to the meet-ups if it went too awry. Following this narrative, one orgasm leads to the next and over a few months you string together information and updates — to the point where what was originally a regular shag turns into a friend. Already, from this perspective nature’s calling has turned into a bi-annual catch-up.

Quite often though, this regular hookup would start as more than a stranger. Take the ex that you broke up with because neither of you were ready for whatever high-school commitment entailed. Things never got particularly salty between you (except for… you know) and there’s still a very palpable tenderness in the way they take your jacket, guide you upstairs or peer at you after the act. Apart from a regrettable string of “what if” sentences, like “what if I hadn’t gotten cross when she accidentally confused my birthday with her ex’s?”, which all belie the suppressed loneliness of being single on a campus like Swat, this recaptured physical intimacy can catalyze stronger melancholy than your high school bestie. As an example, the moment he awkwardly tugs on your left nipple as he goes down on you unexpectedly transports you to that first time you fucked and he did that same thing, your surprise at the time, your amused fondness, the physical intimacy of the moment. I struggle to think of a connection quite like having a dick/finger deep within you. The visceral sensations associated with someone’s touch can be triggered at any moment, a faint echo of discordant moans that underscore those of her imminent orgasm.

On the same note, just as much as you remember the raw sensation of one’s touch, they can remember yours. Few people know you in quite the same way as your fuck buddy. And what a way to be taken back to another epoch than to be reminded of your once obsession with giving embarrassing hickeys, or that one time you were a bit ill and needed to end the fun early due to an unfortunate occurrence. These memories are to be cherished, the only archives of your first steps as a sexual beast, to be cherished and celebrated.

In spite of this, this sense memory can only go so far. One needs to associate it with a wider context. Here, interpersonal relationships and daily worries web together to provide a visual of where we were in our lives. However, this can be achieved through other means. Sometimes, it only takes an individual (and not a lengthy fuck) to recall the dull, numbing ease of complete plenitude. Sex is great, don’t get me wrong, but it lacks the wholesome satisfaction of true, unconditional fondness. I know it sounds somewhat soppy, but as much as the visceral sensations of sex can be sharp reminders of the way we once lived, the comfort of friendship can let us slip into an forgotten mindset. Sometimes, all it takes is to be sitting in an unfamiliar place with an all too familiar friend, sipping beers and silently reading a book, with haphazard glances to fully experience the memory of the past.

One thought on “Hometown hotties: nostalgia or purely physical?”