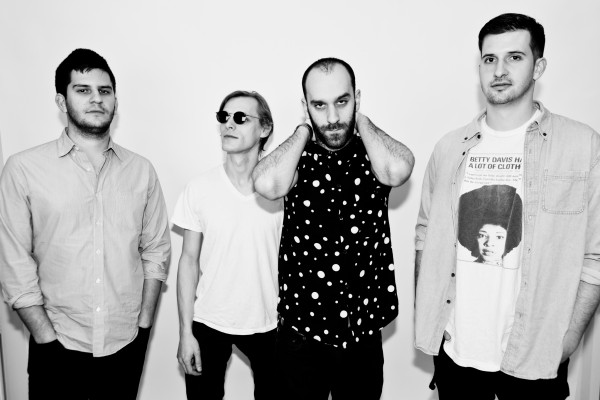 For many Swatties staggering deliriously towards the hazy end of this semester’s classes, laden with work and seared by the indelible imprint of Sharple’s coffee, there is a singular light at the end of tunnel, a solitary specter of summer bliss gorged with kielbasa, an unwavering, eternal flame powered by solar energy and margaritas: Worthstock.

Sure, there are “finals,” but even if this particular beacon of hope — maybe the indisputable monarch of Swarthmore traditions — is more like a momentary oasis, evaporating too soon in the unforgiving desert sun, Worthstock, like water, oxygen and caffeine, is in its own way an essential nutrient, demanding to be consumed, digested, and processed after the fact with two tablets of alka seltzer and a ginger ale. Per FDA regulations, here’s a breakdown of this year’s lineup, in order of appearance. Festivities begin at noon on Sunday.  Below is the lineup in reverse order.

What: A 22 year old semi-recent Maybach Music Group signee from Chicago riding a certain amount of hype, who just released his sixth mixtape, The Birthday Tape, and apparently intends to release his debut album sometime in 2014. Known in the past for his association with rock artists like Fall Out Boy and Good Charlotte, more recent songs are all unfurling synth bass and braggadocio.  Rockie is commandeering the headlining slot, closing Worthstock with a high-energy set.

Best Tracks: “Nobody,” “Into the Future,” “Panera Bread”

What: A quartet of four Ithacans-via-Brooklyn who recently signed to an Interscope imprint and make moody, “genre-bending” music with boring chord progressions. Which means ultimately that their songs range from folk-rock to alt-rock shrouded in something approximating artsy introspection, all delivered from a bearded dude in a tank top with a soulful voice, his eyes no doubt swirling with emotional complexity. Previews of their upcoming album suggest the same basic idea with higher production value. This might be a good time to hop over to Margaritaville and refuel.

What: Worthstock in particular and summer festivals in general always seem to work out best when there are a lot of people to share the stage — witness last year’s Phony Ppl — and Dangerous Ponies is a Philadelphia seven-piece band making high-energy power-pop, songs which almost invariably begin with a fade-in of amp feedback, a concession to unoriginality. Their music is carefree and poppy and upbeat and unpretentious and even occasionally rhythmically playful.

Tracks: “You Are Dangerous,” “Tenderheart”

What: After a half hour performance from the winner of this Friday’s Battle of the Bands, Worthstock 2013 will open with a DJ set from Philadelphian DJ NiiLO, who describes her sets as a mix of “latin, hip hop, house, reaggeton, reggae and Top 40.”