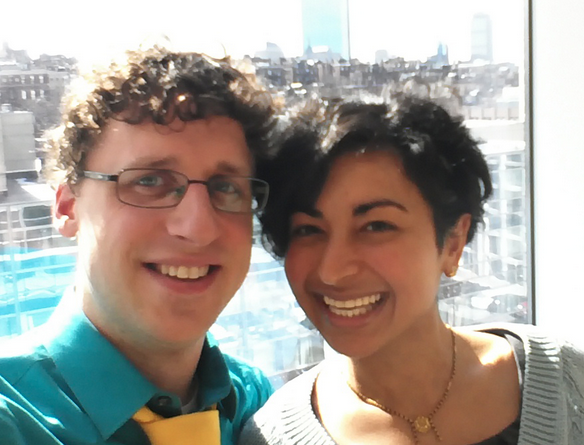 For Sonia Vallabh ‘06, it was hard enough to losing her mother last year to a rare but uncurable disease. But she soon discovered that the disease, Fatal Familial Insomnia, is genetic. Tests revealed Vallabh carries the same gene that killed her mother.

The disease tends to have few effects before middle age, but Vallabh has made it her life goal not to take Fatal Familial Insomnia sitting down. About a year ago she quit her job as a lawyer and founding the non-profit Prion Alliance with her husband in order to find a cure to Fatal Familial Insomnia. The information at these links details the Alliance’s history and projects.

The Prion Alliance will support open-access research into the disease, but first it needs funding. That’s why the non-profit is competing in a Rare Disease Challenge to win $10,000 to support their research goals. The contest, which awards the money based on a Facebook poll, is open until March 24. Users can vote once every 24 hours. After just four days of voting, Prion was in third place.

“Over the last year, Sonia and her husband have begun working in labs studying neurodegenerative diseases, have founded a non-profit to support open-access research into Fatal Familial Insomnia, and have come with a solid list of research priorities to move the field as quickly as possible,” said Kathy Berry ’05, one the scientists who has been helping Vallabh in her personal quest.

Berry and Vallabh met each other when Berry was a sophomore at Swarthmore because they lived in the same hall. They were also in the Women’s Tennis Team. Berry described Vallabh as determined, outgoing, and inspirational.

Vallabh and a team of scientists that she has assembled from all over the world are finalists for a $10,000 prize that is critical for their research goals. They would use this money to develop pluripotent stem cells from Sonia herself as an invaluable tool for FFI research and to hopefully find a treatment.