Campus Journal » Columns » Giving Thanks or Why Can’t I Write? 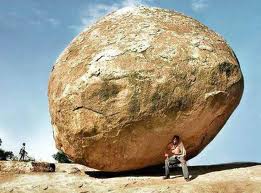 No, not Thanksgiving — I’m referring to the yawning abyss whose arrival I fear with the very quarks of my being: a lack of ideas, an inability to write. Read along as I try to figure out why that could have happened.

I applied for and took this job (as a Phoenix columnist) as a means of erecting structures to enable and support my writing — deadlines, editors, print -— and somehow I dodged the swinging hammer and put off my column for another week, which turned into two thanks to Turkey Day. As anyone who has written anything can attest to, there’s something about staring at a blank page, literally or imaginatively, that knocks you down to your lowest peg, where no foothold is visible and the summit seems unreachable. Many words have been written on the subject — many, I suspect, as a wild grasping for any words to stand upon — and so I will not go into any further redundant detail. Suffice it to say that writing is hard, and maybe I fell victim to that difficulty yet again.

Alternatively, the banality of Swarthmore daily life could have swallowed me up. Just yesterday, I completed a project minutes before the deadline. As a lifelong procrastinator, I am certainly no stranger to the screeching approach of a deadline, the adrenaline rush of rushing a paper in under a professor’s radar. But yesterday, unlike many due dates in my past, I did not feel the bodily anxiety nor did I hear any sort of ticking clock. Instead, I parked myself in McCabe basement and wrote a decent paper in a few hours, put my name on it and emailed it in. Though this was far removed from my first paper written or my first successful making of a deadline, something about this paper was different. Maybe it was the fact that it was the first day back after Thanksgiving and I was still fat with cranberries and turkey, or that I simply had an open evening to spend writing a single paper. Either way, I cruised through the paper and walked out of McCabe like a marathoner finishing lengths ahead of anyone else.

A heavy sleep and a leisurely morning and here I am, back on the computer, typing again. This time it is an article for the Phoenix, an optional assignment of sorts, but tonight may be long and full of thesis research and writing. It is this quality of interminability in Swarthmore that sends me to a state of anguish. Could I have been slowly crushed by the weight of Swarthmore’s workload, the very thing I am trying to combat with my column? Maybe. But I don’t think so.

At Thanksgiving, I got to see an uncle with whom my family had a schism years ago and whom I don’t know so well. He’s the youngest of my dad’s brothers, the father of five children, and owns his own landscaping business. Recently, he and his wife filed for divorce, and the proceedings are in a holding pattern as far as I can tell. From my early memories of he and his wife, I can make out more animosity towards her from my parents than him, and I am subconsciously aligned with him without really knowing why.

After a few games of ping pong as a digestive stratagem, I rode back with him to the house where we were both staying. This was the first time I could remember ever being alone with him, I noted as I stepped up into his giant SUV. He’s got a funny kind of wit, one that works best playing off somebody else, and therefore I started the talking. I asked him about his two eldest daughters, the two of his children I’m closest to, and he told me about one’s first semester of college and the other’s semester abroad in Italy. That out of the way, I asked him about his college experience, about which I knew next to nothing.

He told me that he studied finance and got his master’s degree in tax. He could have been an accountant, really wanted to be one, in fact, but had two kids by the time he finished school, and they needed to be fed. So he went into landscaping, and made a nice life out of it. He told me he makes more money through that business than he would have being a CPA, but he still has the desire to make use of his education.

Here I chimed in, putting two and two together, and pointed out the possibility that now might be a perfect time to make a life change, what with the divorce and two kids already in college. I didn’t mean to ignore the risks and moxie necessary for that kind of change, but it seemed like his life had reached as neat a turning point as lives do. I said as much, and he agreed without the slightest hesitation or quaver, with the resolve of a man with decades of hard years behind him and vibrant, novel ones ahead. He did not look like a man decelerating through his fifties in that moment, but rather like a man reborn, his eyes wet again with purpose and drive.

Though I’m still thirty years behind him in life like everybody else around me, I saw something of myself in him. Think of graduation like a divorce, full of financial difficulty, life choices that will determine our course for the next batch of years, and general sadness with the world and its cruel ways. Come May, I will be tapping my reserves of fortitude to find my way in the world, just as my uncle does ahead of me.

This could easily be my excuse for not writing last time, namely that I was anguishing under the building weight of my impending graduation and release into the real world and thus had little time to think of, let alone write about, the beauty of daily life at Swarthmore.

There you have it. Blame it on a faltering in the face of the blank page, on the increasing pressure of Swarthmore’s difficulty, or the looming guillotine that will cut off my time here at the neck. I did not write last week, and do not write most days, but now I feel much better and give thanks for the opportunity to write.