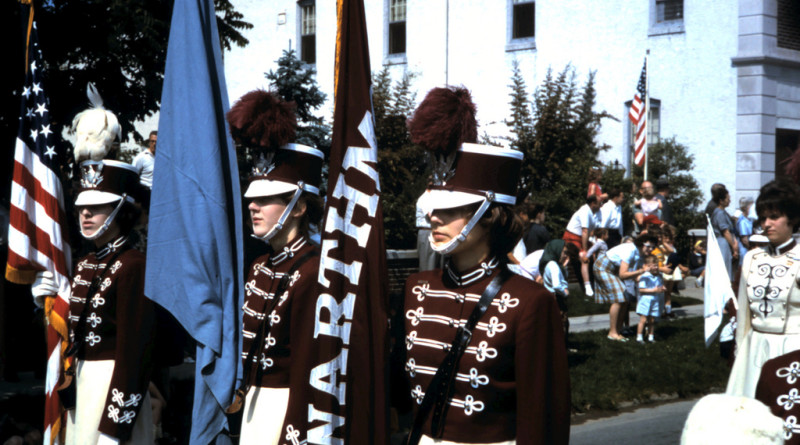 Jamal Dillman-Hasso ’15 is trying to prove that you don’t need a football team to have a marching band.

He is in the preliminary planning stages of a rebirth of Swarthmore’s marching band, which was last active during the 1960s. Rather than play at sporting events, Dillman-Hasso hopes to play at parade blocks for special events on campus.

“Jamal wants to recreate his [high school] marching band experience, but with a very Swarthmore twist,” explained Andrew Hauze, director of the Swarthmore orchestra and wind ensemble, and unofficial advisor for the marching band.

“I want to make a marching band that looks and sounds really sharp,” Dillman-Hasso said, but he doesn’t expect to raise an army. “30 to 40 members maximum.”

The time commitment wouldn’t be nearly as extensive as most high school bands. He plans to rehearse for a maximum of four hours per week on Saturdays and Sundays.

As far as the band’s repertoire, he has Kurpinski’s Warszawianka, some Sousa marches, and a few German marches lined up for when rehearsal kicks off. He’s particularly excited about Warszawianka and had sheet music shipped from Poland.

“If a band existed when I entered Swarthmore, I don’t think I would have joined,” Dillman-Hasso said. However, “about halfway through freshman year, I noticed I was stepping off my left foot when I left classes,” he said. That was the moment he realized that he had to bring back his high school glory days.

“It’s not largely about sports, it’s about the memories,” said Hauze.

Although Dillman-Hasso doesn’t plan on appearing at sports games, a marching band might breathe new life into sometimes stagnant events. Students like Olivia Edwards ’16 think a marching show could be an effective draw. “I enjoy music more than sports, so I would go,” she said. “It gives more spirit to the games.”

Dillman-Hasso is even considering marching around the Ville – “if we get police approval,” he added. While it seems slightly far-fetched, the proposal is quickly gaining popularity. Hauze was extremely enthusiastic about the idea.

A four-year trumpet player in his high school marching band – and having marched for high-caliber events, including the Salzburg police band parade in Austria in the summer of 2010 – he brings both valuable experience and a passion for music to the movement.

“Jamal has a wonderful, positive approach to music,” praised Hauze. who has been providing him with the school’s old records of its previous marching bands, as well as sheet music for the band’s growing repertoire.

There will be an interest meeting on December 7 at 4:30 p.m. in Presser in Lang Concert Hall. Dillman-Hasso encourages anyone and everyone interested to attend – especially percussionists.

– photo of Swarthmore’s marching band in 1963. Courtesy of The Ferrous Archive

0 thoughts on “Student Hopes to Bring Back Marching Band”