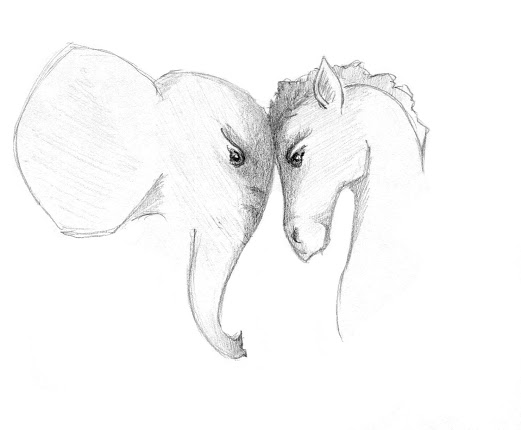 With Election Day 2012 now less than a week away and countless bitterly fought campaigns hurtling toward their currently unknown conclusions next Tuesday, many Swarthmore groups remain fiercely engaged in the process, even as they reflect on a busy campaign season nearly passed and look into the future of political activism and engagement at Swarthmore and beyond.

Many members of the Swarthmore College Democrats have remained busy throughout the semester, participating in everything from voter registration drives to phone banks to local canvassing efforts. This year the group is focusing primarily on only three campaigns: George Badey for Pennsylvania’s 7th congressional district, Larry Demarco for the Pennsylvania State House’s 161st district, and President Obama’s reelection campaign.

Heading into the final stretch, the group is redoubling its efforts, with events planned for nearly every day between now and Tuesday, including a paid canvass in Upper Darby, multiple canvassing trips to Ridley, and continual van runs on Election Day that will take students to and from the polls. Swarthmore Democrats President Allegra Pocinki ’14 and several others will also be working as poll watchers on election day. Additionally, over the next couple of days, the Obama campaign and Larry Demarco’s campaign manager will be opening a staging location in either Upper Tarble or Parrish Parlors, where they will coordinate those interested in volunteering for get out the vote efforts.

Despite these and other events throughout the semester, Pocinki expresses a certain disappointment in the way many intellectually passionate students seem to approach the election: “I thought we would have twice as many members this year as we do. People here generally care about what’s going on, but not enough to do anything. And that really surprised me and disappointed me. It’s not like we live in a heavy blue state or a heavy red state here. There’s a lot that could be done here and people don’t really care.” And though she acknowledges that hers and many of her fellow Swat Dems members’ personal political views often fall left of the official Democratic platform and the expressed views of many of the candidates they campaign for, she considers the group’s central aim to be working towards real, pragmatic political change, something largely symbolic efforts to support minor third party candidates can’t provide: “They just won’t get anywhere.”

Susana Medeiros ’14, another member of Swat Dems, has been working this semester as a liason between the club and Larry Demarco’s campaign. In this capacity she has helped the campaign to fundraise and coordinate phone banks and canvasses, where students can participate in his campaign. She was also featured in a campaign ad with fellow Swarthmore students which questioned the Republican candidate’s stances on several women’s reproductive issues.

In DeMarco’s campaign, Medeiros sees “an opportunity to overturn a categorically red local district. While Pennsylvania will usually go blue in Presidential elections, especially in the Philly area, down-ticket races are typically dominated by Republicans.” Because local races are “almost entirely about how many doors each campaign can knock on,” Medeiros has spent much of her time going from door to door and discussing the candidates positions and ideas. Though she often sees evidence of widespread disillusionment in the political process, she nevertheless finds many “who remain impassioned and curious, who demand and respond.” It’s in these encouraging signs and exchanges that she seems a path to “rebuilding a political consciousness that has … been lost.”

On the other side of the political spectrum, members of Swarthmore College Conservatives, which, according to co-president Tyler Becker ’14, now number around 20, have also participated in phone banks for Mitt Romney and other local candidates at the field office in Springfield. Many of the club’s long-term aims, however, focus more on creating a sizable and ideologically formidable conservative presence on campus than on any specific campaigns. “We will be having our own election night event to watch the results together,” Becker acknowledged, “but in reality Swarthmore Conservatives is still building.” Next semester, the group plans to start a reading group “to read classical texts, and explore conservative and libertarian philosophy,” and hopes to bring more conservative speakers to campus in the future. At least for now, the club continues to prioritize intellectual exploration of the underlying principles of American conservatism and conservative policies and concepts: “While campaigns have very tailored messages understanding these messages when you see them and being able to interpret what they mean is really important in our society.”

Other politically oriented groups on campus, though not directly linked with one of the two dominant American political parties, remain, in their own way, aware of and engaged in the process. This Friday, Earthlust, the umbrella group for environment clubs on campus, will be hosting a parlor party focused, according to group member Benjamin Goloff ’15 “on our presidential, senatorial and congressional candidates and their positions or non-positions on some critical environmental issues.” For his part, Goloff expresses extreme disappointment in the limited role environmental issues have played in the election thus far. “When you look at Obama and Romney, they both take the same tactic in avoiding the environment as a real campaign issue: de-emphasizing substantive policy changes and framing ‘energy’ as a purely market-focused imperative,” wrote Goloff in an e-mail. “Politics aside, anyone seriously engaged with environmental problem-solving knows that addressing environmental problems is impossible without honest, directional decision-making and solid legislation to back it up.”