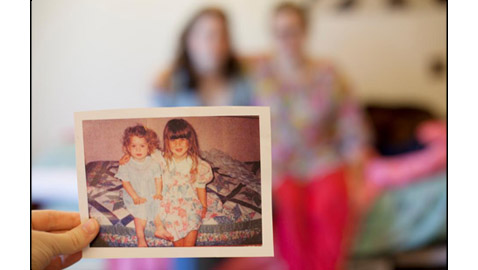 The 2011 Pulitzer Prize for Fiction decision was met with widespread concern regarding the committee’s criteria, opening up the question: do readers value bizarre literary innovation over genuine value in literature? Do we have to play on the page and make unorthodox stylistic choices to be great? Do we have to reinvent literature to keep it alive? Is the basic form of the novel no longer enough? These are questions that plague modern authors and critics alike, and they are only exacerbated by the rapid growth of modern technology. Incorporating electronics, which become increasingly present in everyday life, into literature seems to be an endless challenge. This all leaves us wondering: must we reinvent, modify and improve literature as rapidly as we do technology, or can elegant prose stand on its own?

What brings these questions to mind is “A Visit from the Goon Squad” by Jennifer Egan, the Pulitzer board’s choice for the 2011 prize. The critical reception of Egan’s novel was overwhelmingly positive, and few claim that it is unworthy of its praise. Yet, these few unimpressed readers multiplied into thousands when the Pulitzer board chose “Goon Squad”. Though “Goon Squad” is undoubtedly beautifully written and captivatingly interesting, the astoundingly many objections its Pulitzer raised are based upon a sturdy platform: why did the prize go to a choppy, unorthodox novel? Egan’s novel is so winding that, with thirteen different chapters darting back and forth between past, present, and future, it is often considered a collection of short stories, though Egan objects to that classification. This unusual narrative structure makes for a fascinating read, but there is much consternation over whether it should be awarded such an esteemed prize. Especially pressing are concerns that it is only because of this unusual structure that the Pulitzer board adorned the novel with its stamp of approval. But before delving into the merits and shortcomings of “A Visit from the Goon Squad”, we might look at the novel’s competition.

The other two finalists for the 2011 Pulitzer Prize for Fiction were “The Privileges” by Jonathan Dee and “The Surrendered” by Chang-rae Lee. I so enjoyed reading “The Privileges” that it’s hard for me to imagine anyone claiming that it is not the most pleasant read of the three finalists. It revolves around a morally bankrupt couple, Adam and Cynthia, as they ungracefully navigate the challenges of adulthood. Adam works on Wall Street where he faces career stagnancy. He is more likable and kinder than Cynthia, but his lack of ethical integrity clearly shines through when he resorts to an elaborate system of theft to build the fantasy lifestyle Cynthia desires. Cynthia is a loathsome figure. She is cruel to the point that Dee risks snapping the reader back into reality wondering whether anyone would ever say what Cynthia did. She mocks men’s bodies in public, talks to her rapidly disappearing friends as if they are beneath her, and most chillingly, scoffs at her own mother when she tries to be tender.

The further removed from the middle class Adam and Cynthia become, the less morally they behave. Eventually, we meet their daughter, who is hopelessly spoiled and addicted to drugs. In this way, “The Privileges” becomes a heavy-handed metaphor for the evils of wealth. Dee does not hesitate to show readers how greatly he values family, nor how he associates healthy family life with the middle class. For this reason exactly, I am not surprised that the board did not choose “The Privileges”. In the heat of the Occupy Wall Street movement, Dee’s novel took on a far too political valence, though it does meet the sole guideline the Pulitzer board suggests: the winning novel should somehow deal with American life. The novel is achingly American.

The other finalist was “The Surrendered” by Chang-rae Lee. Here we see something spectacular emerge: a novel that accomplishes a task done many times better than I have ever seen it done before. The Surrendered is a lengthy, depressing novel, but it is somehow genuinely uplifting without being campy, and intriguing without being forced. It is a beautiful tale in which the main character, June, orphaned by the Korean War, is near death in her battle against cancer. The novel moves around in time throughout its near 500 pages, all the while illustrating June’s strength above all else. As June sets out to find her long-lost son, Nicholas, she repeatedly demonstrates her ability to overcome. I found myself falling deeper and deeper in love with June and even caught myself trying to behave more like her, thinking, “June would not be crying over this paper that is due tomorrow,” or “June would not whine about the weather. She would put on a coat and be silent.”

The novel also tells the story of Nicholas’s father, Hector, for whom growing older is equivalent to growing worse. He is an alcoholic, but that ranks low among his many challenges in life. By dealing with time and its effect on the characters in the novel, we see an important similarity emerge between “The Surrendered” and “Goon Squad”. In fact, “The Privileges” deals with this theme as well. All three novels wash over wide spans of time — more time than is represented in an ordinary novel — but which does it best?

It is here that we once again meet “A Visit from the Goon Squad”. Perhaps this helps to illustrate why the board selected Egan’s novel to be the winner. Held up against “The Privileges” and “The Surrendered”, the narrative structure in “Goon Squad” becomes a novel way to tell a tired story. Though the other two finalists do not read as tired stories, they do follow a natural form that readers have seen before. “Goon Squad” reinvents this form in an obvious, aggressive, but not cheap way. The board did not choose this finalist because Egan’s modern structure drew them in; they chose this finalist because it is this narrative structure that best tells the story of time wearing on its passing residents. Egan’s novel is a literary experiment, but it is a successful one. It deserves the reputation for genius that both critics and lay-readers grant it.