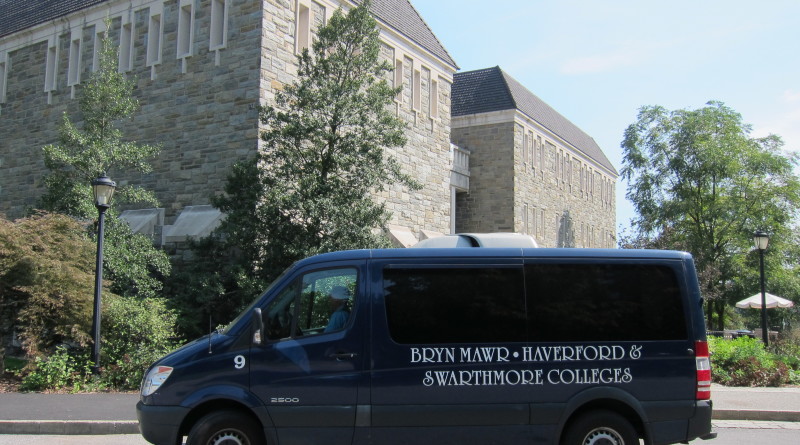 Many students recognize the roomy, brightly painted blue buses on campus as the TriCo vans, which shuttle students to and from Swarthmore on their way to Bryn Mawr or Haverford. But as students who use the service have noticed, its schedule is less than ideal for students who take morning classes at Swarthmore before catching a ride.

That is about to change, if only slightly. In response to an email sent by the Daily Gazette to Steve Green, director of Bryn Mawr Transportation, the 10:20 a.m. and 11:20 a.m. shuttle departure times on Mondays, Wednesdays, and Fridays, which lined up exactly with class dismissal times, have been pushed back five minutes to 10:25 a.m. and 11:25 a.m., respectively.

Before this change, students would have to walk out of class early or risk missing the van on any day of the week. However, Tuesdays and Thursday shuttles will maintain their previous schedule, which includes a 11:10 a.m. departure—right when 9:55 a.m. classes let out.

Green explains that the schedule adjustment, which is in a trial run this week, may or may not be adopted in the future.