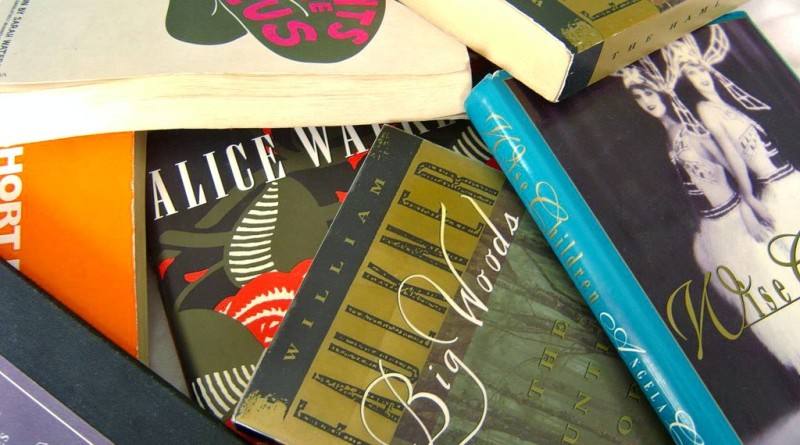 Ah, picking classes, possibly the most fun stress you’ll have at Swat. This and next semester are your only chances to take advantage of the twelve-or-less student per class First Year Seminars. We reached out to the professors of some of our favorite seminars and are giving you the inside scoop on what to expect from their classes.

Taboo Terms and Slang with Professor Donna Jo Napoli
A largely understudied subject from the lingustic perspective, the class will explore how people create taboo terms and develop slang, include and exclude groups of people using language (i.e. trying to explain to your parents words like “creeper” or “awkward”), and how these terms use structures not otherwise seen in the given language. The class will mostly focus on English, but will also visit American Sign Language and Dutch. Students will do original research on other languages. In Professor Napoli’s own words:

“Why should they be excited to take it? Well, for one, you won’t find a course like this anywhere else. For another, this is language they use, so why not try to understand the structure of it?”

“Why am I excited to teach it? This is one of my areas of publication. So I’m searching, changing my ideas, opening new lines of thought along with the students,” said Napoli.

Emerging Markets Economies with Professor Stephen O’Connell
The FYS has no prerequisites and, according to O’Connell, builds “on the basic theory of economic growth which is accessible to our students even with out any economics” and “a wonderful book by the economist Mancur Olson, who studies how societies manage (or don’t) to create the institutional conditions for widespread prosperity.” O’Connell created the syllabus with input from colleagues in the Political Science and History departments.

“The Seminar is more interdisciplinary than most of our [Economics] courses,” O’Connell said. “It we had an International Relations major, there would be strong links [to it], because the BRICS are interesting precisely because they are big enough to ‘matter’ economically on the global stage.”

Women and Popular Culture with Professor Patti White
One of Professor White’s favorite topics to teach is how women create and star in popular culture. This class will analyze Uncle Tom’s Cabin, Oprah and teen dramas, and that’s just the start to the far-ranging syllabus that awaits you. You’ll learn about the gothic, the romantic and the melodramatic portrayals of women’s lives in the limelight.

“One of the main ideas of the course is to track pejorative understandings of certain genres,” says White. “[For example] chick lit and chick flicks–and the messages about power that hide behind judgements of taste.”

Cultures of American Humor with Professor Keat Murray
What does it take to be funny in America? This seminar explores the importance and essence of being funny, using material ranging from Benjamin Franklin to Tina Fey. What social, historical and culture contexts have shaped our sense of humor?

“I was inspired to create the course after I saw how my American literature students loved humorous writers like […] Mark Twain when they could appreciate and delve into the substance of the authors’ stinging satire,” said Murray. “Equipped with humor theory and recent research, students in ENGL 009V will be challenged to rethink the cultural work that humor does in American life.”

Honors Linear Algebra with Professor Steve Maurer
Most students taking math classes aim to get background for other departments, but Maurer’s FYS helps students “know sooner whether they would like being a math major,” he says. Past students have been apprehensive at first about presenting problems in front of the class, but Maurer formats the class to ensure that students interact and help each other. “It becomes a group effort,” Maurer said. The linear algebra seminar is one of only two First Year Seminars offered in the Natural Sciences division. Maurer suggested that introductory courses in the Natural Sciences tended to have “set curriculum” and a “standard message,” leaving less room for student discussion.

“It’s no fun to have seminar unless students get to do most of the talking,” says Maurer.

Monika Zaleska ’13 is Co-Editor in Chief at The DG alongside Max Nesterak ’13. You can contact her at mzalesk1@swarthmore.edu.