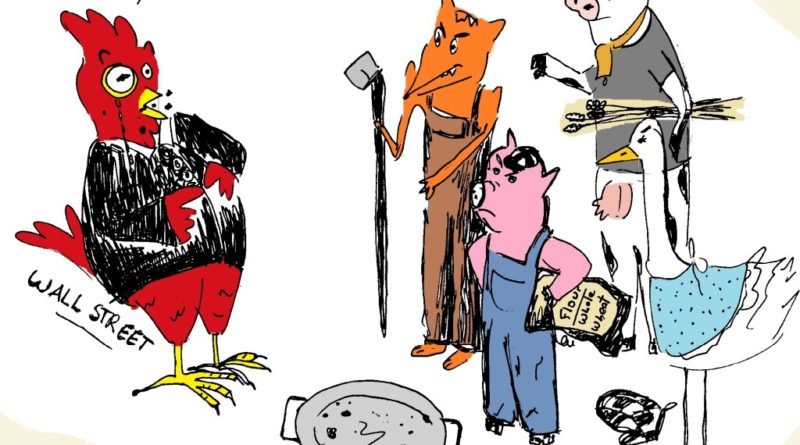 On Tuesday, several labor unions joined the Occupy Wall Street protest, adding force and credibility to the two-week-old movement. But while it is easy to keep up with the protest’s participants, timeline and even its location — young protesters have camped out in Lower Manhattan’s financial district and spilled onto the Brooklyn Bridge — it is harder to pin down the movement’s vision.

We know that those demonstrating are against something — their chants of economic dissatisfaction are a symptom of broad opposition to greedy bankers, perverse corporations and a market system that they believe has already failed. Drawing inspiration from the Arab Spring, those occupying are essentially revolting in the spirit of what they believe should be a mandatory, yet often non-existent, line between money and politics. Like young protesters in Egypt, Syria and Tunisia, Americans have chosen to rise up against what they feel is an oppressive regime of capitalism — their Tahrir Square is our Zuccotti Park.

But nestled in the compelling narrative of foreclosed homes, low wages and tax inequality is a gaping hole where a well-organized objective should be. The ambiguous, and ever amorphous, mass of protesters have found themselves The Voice of every sort of financial grievance possible. This poses problems for making good on a commitment to direct democracy — how can a continually evolving organization simultaneously represent all issues and missions, no matter how divergent? Unity under the common goal of “holding Wall Street accountable” isn’t enough to address each individual’s concern, and further, it doesn’t really make room for consequential reform.

The fragmentation within a movement as diffuse and diverse as this one can potentially render any sort of tangible change impossible. And while it’s incredibly important to expose injustice, it’s even more critical to present the terms with which to combat that injustice in a consensually-coordinated manner. Moreover, all involved in that consensus must be cognizant of the grounds for those terms. In this particular movement, participants of Occupy Wall Street need be economically literate. To stage a widespread boycott against the fundamental framework of our financial system is to reveal a rather naive and temperamental understanding of the way the economy works — while we might need to fix it, that fix isn’t going to be quick.

The democratic tableau — young and old, impoverished and middle-class, Swat alum and celebrity — is an appealing one. We are inspired by general assemblies, roused by picket signs and moved by the rhetoric of disenfranchisement and demoralization. But can those things actually inspire change? Can we truly rouse politicians and compel bankers? Can we really restructure the basic economic principles that have guided our nation for centuries? Can we actually make a meaningful difference, besides inciting a democratic dialogue tainted by police brutality and ineffectually vague intentions?

Perhaps. But maybe Occupy Wall Street needs to reflexively seek reorganization within itself before it can turn to the bankers and corporate systems that have unquestionably damaged our economy. Our generation has often been criticized for its apathy, for not protesting our nation’s wars the way that students in the 70s demonstrated against Vietnam. But what made those anti-war and peace movements so memorable, so entrenched in our legacy of citizen activism, was that they were asking for something specific: the end of the war.

This could be our chance. What — exactly — are we asking for?