Opinion » Staff Editorials » We are all the 100%: why the populist movement failed 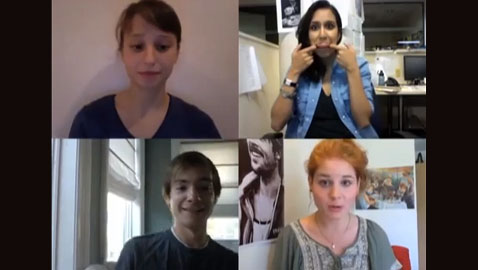 A few tents may remain in Zucotti Park. “We are the 99 percent” may still be a popular soundbyte. But Occupy Wall Street — the movement born of dissatisfaction with the American economic system that grew into a global call for change — has largely disappeared from public view, and its demands have gone unheeded in Congress. In short, what could have been an important element in the path to much-needed fiscal reform has failed.

August 2012 does not mark the first anniversary of the movement — that comes in mid-September — but of the birth of its signature slogan, “We Are the 99 Percent.” The 99% refers to the vast majority of Americans who earn less than $506,000 per year, but what’s important about the statistic is not what it includes, but what it doesn’t: the wealthiest one percent of the country whom Occupy vilified as the root of our economic problems. New York Times columnist and Occupy sympathizer Paul Krugman, in a November 2011 piece, goes so far as to dub the concern at the movement’s heart “an issue of the middle class versus the elite.” This essentially amounts to a declaration of class warfare. But the real question to be asked is, how will a class war resolve our economic problems?
Both liberals and conservatives can agree that the too-cozy relationship between irresponsible Wall Street bankers and the government was what drove us off the fiscal cliff in the first place. Occupy doesn’t dispute that. But they took it too far, suggesting that the entire American upper class — the one percent — should be punished for what went wrong.

By heaping blame on the one percent, Occupy has fired the first gunshots, so it’s no wonder many are calling for the fighting to stop. First, division will not get the nation anywhere, and Occupy has served as more of a divider than a solver. Second, the vast majority of the one percent is completely innocent of anything Occupy should object to, except for the fact that they are the one percent. Contrary to what some “Buffett Rule” advocates would have you believe, most of the one percent do not take advantage of tax loopholes that allow them to pay zero or very low taxes. According to CNN, most of the one percent are business owners, doctors, lawyers or scientists — not Wall Street bankers and speculators. To be fair, many of the one percenters were key players in the events that led up to the financial crisis.  But it is wrong to blame an entire demographic for the failings of a few.

In order to get out of this economic mess, we will have to work together. Higher taxes on the rich probably have to be part of the solution, and public opinion certainly seems to shift that way. But it is wrong to say that the 99 percent may force whatever they want on a small segment of the population, simply because that segment is a minority.

Occupy should have moved beyond the rallying cry “We are the 99 percent” and focused on the real issues at hand: how to reinvigorate the mired economy and find jobs for scores of the un- or underemployed. “We are the 99 percent” is not a fiscal plan, nor does the exclusion of the one percent provide any meaningful suggestion on how to fix things. Occupy has passion in spades, but passion alone cannot solve the complicated problems of the twenty-first century. Division, even in terms of ninety-nine and one, is not healthy. Not everyone will agree with the solution we eventually find. But at least everyone will be a part of it.

We are all in this together. We are all the one hundred percent.

Occupy Wall Street has made several important contributions to the debate around economic reform. These include drawing attention to the unfairly low tax rates paid by many wealthy Americans, stressing the importance of education by declaring it a human right, and, perhaps most importantly, highlighting the income gap between the lower 99% and the top 1%. While income inequality was far from the source of the whole crisis, it remains a lead balloon hanging over recovery and prosperity for all Americans.

In 2007, right before the crisis struck, the top 1% of the population made 23.5% of the earnings. The only other time in the last century when inequality was so high was in 1928 — right before the collapse that caused the Great Depression. While it is inappropriate to draw a causal relationship from this data, excessive income inequality has the capacity to prolong a recession by making the crisis hurt worse for the working and middle classes, while the upper class remains well-protected.

Though it wasn’t the movement’s only message, Occupy’s advocacy of income equalization may affect real change. Figures like Warren Buffett now carry the Occupy standard in redistributive tax policy proposals, so that the rich will contribute their fair share towards social programs like the Affordable Care Act to improve the lives of all Americans. The next time a crisis strikes, Occupy’s input will make it more bearable for everyone.