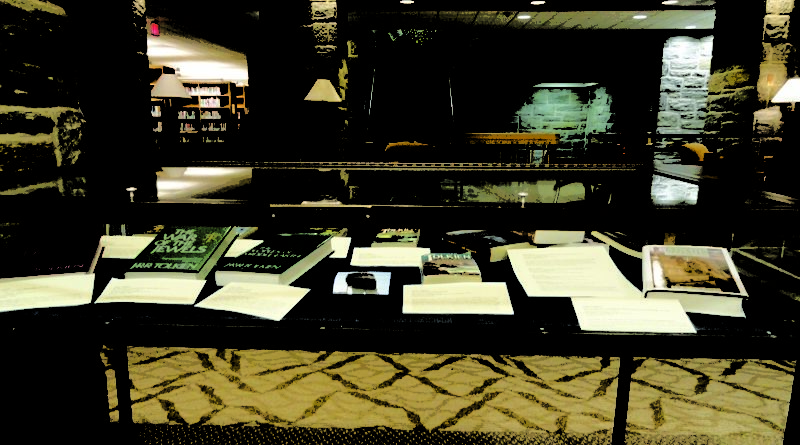 Stephenie Meyer’s “Twilight” topped The New York Times Best Seller List in 2005 and impressed readers with both the superhuman abilities of its supernatural characters and the budding romance between a seventeen-year-old young girl and a vampire. However, this novel, which enjoyed great popularity around the world, is now listed as one of the Top Ten Most Challenged Books of 2010. This annual challenged-books list, released by the American Library Association Office, is based on the complaints about the books from students, parents and organizations. Some of the books on the list are removed or restricted in some public schools or libraries.

Saturday, September 24 marked the beginning of the annual Banned Books Week, organized by the American Library Association. Students who come to the MaCabe library during this time period can read or get to know the books which have been banned in other places. It’s an annual event, usually held in the last week of September. Pamela Harris, the Head of Reference at McCabe Library, explained the purpose of this event.

“We want to use this chance to remind people the value of the freedom of speech and how important it is to protect all opinions, even when they are the ones we don’t agree with,” she said. “We hope to have all perspectives available for people to look at so that they can make up their own lines.”

Most of the books are banned for their sexual content or for religious reasons.

Sometimes, graphic description of violence and controversial views on racial issues also cause opposition to certain books. Harris points out that banned books still have great value for readers. They can sometimes change readers’ perspectives greatly.

“Beloved,” by Toni Morrison, is a novel based on the true story of a woman who escaped slavery in 1856. Because of its brutal description of the abuse of humans and the mention of bestiality and sexual abuse, this book has been banned. “This book changed my life,” Harris said. “It changed the way I saw history. The way I had been taught history is very different from the way history is taught recently.

This really opened my eyes. It makes slavery look as horrible as it really was.”
Catherine Park ‘13 read “Brideshead Revisited,” also a banned book, in an English class at the college. This book has been banned because of its portrayal of homosexuality.

However, Park believes the book’s value lies in this portrayal. “It’s important for people to realize that homosexuality is not the only perspective that we should look at in the book. We should acknowledge that while some people may be opposed to the homosexuality context, there are also other things in the book.”

The college will not ban any kind of book. Instead, starting this Monday, 40,000 new titles are available to students on Tripod. Covering a wide range of topics, this resource of electronic books brings students a great number of new opinions in an efficient and convenient way.

Harris states that it is her duty to question censorship. She agrees with the the Article Three of the Library Bill of Rights which states, “Libraries should challenge censorship in the fulfillment of their responsibility to provide information and enlightenment.”

She also thinks that there are better approaches to books that contain difficult or controversial subject matter. “Instead of banning books, if people have an issue with what is printed in a book and the book is very popular, they should read the book and talk about what makes them uncomfortable rather than pretending it doesn’t exist,” she said. The library, as well as the whole college, provides students with a platform to listen to all kinds of voices and shows how the freedom of speech is respected.

Shawn Noh ‘14 agreed. “Students can freely talk about their ideas all the time,” he said. “On academics, for example, students don’t need to agree with the professors.”

“There is more than one side to look at… Rather than just saying I know about something, I am trying to understand all the different reasons behind the issues,” she said. “This way helps me look at things objectively.”