The Borough of Swarthmore was named the #1 “Awesome Neighborhood to Call Home,” by Philadelphia Magazine. The article described “access to Swarthmore College’s 300-acre Arboretum” as a main perk and President Rebecca Chopp as a “resident you ought to know.”

Philadelphia Magazine compiled a list of towns in their “Best Places to Live” issue to highlight suburbs situated off the Main Line. Senior Editor Christy Speer explained, “We sort of wanted to call people’s [attention] to places that aren’t talked about all the time—not that people don’t know about Swarthmore, but I do think it is a little bit, at least to our readers, less in the limelight.”

Speer was particularly drawn to Swarthmore College because she felt that it provides the town with a young flavor without overshadowing it. “It feels like the good parts of a college town, [but] not so collegiate that it’s inappropriate for families to live in,” she said. Speer also noted that the college seemed to be well integrated with the community.

Since the magazine is geared to a demographic older than college students, it’s no surprise that some Swatties who have lived in the Ville do not necessarily share Speer’s enthusiasm. Alum Ailya Vajid ’09 who lived in an apartment above the flower shop her senior year, said, “There wasn’t anything in the town that was pulling me there. I was still a student at Swarthmore all day and it was where I went home at night.” She felt no more integrated into the town than when she lived on-campus.

However, resident and Dean of Housing Rachel Head has found Swarthmore to be an improvement from Hanover, N.H., the college town of Dartmouth. “That area of the country is beautiful, but there is not a lot of stuff for a young, single woman do outside of the College. Driving 90+ minutes to the next ‘large-ish’ city got pretty old pretty quickly,” she said.

Head current lives in faculty apartments in Strath Haven Condominiums. Unlike most Swarthmore residents, however, Head straddles both the college and the town community. She admitted that the close proximity between the two has made for some awkward encounters with students at WaWa at 3am in the morning. She elaborated, “[it has] me wondering if they walked all the way to the store and them probably wondering why I am still awake at that hour!” 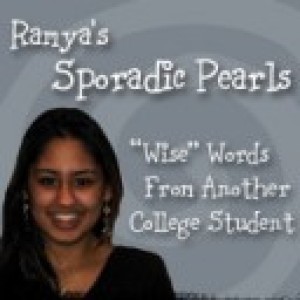