For potter, painter, and singer Rivers Redclay ’23, art is a method of community bond-building and a connection to the natural world. At Swarthmore, she is majoring in studio art and film and media studies. She grew up around art, and since arriving at Swarthmore, has been inspired by the art and painting professors. 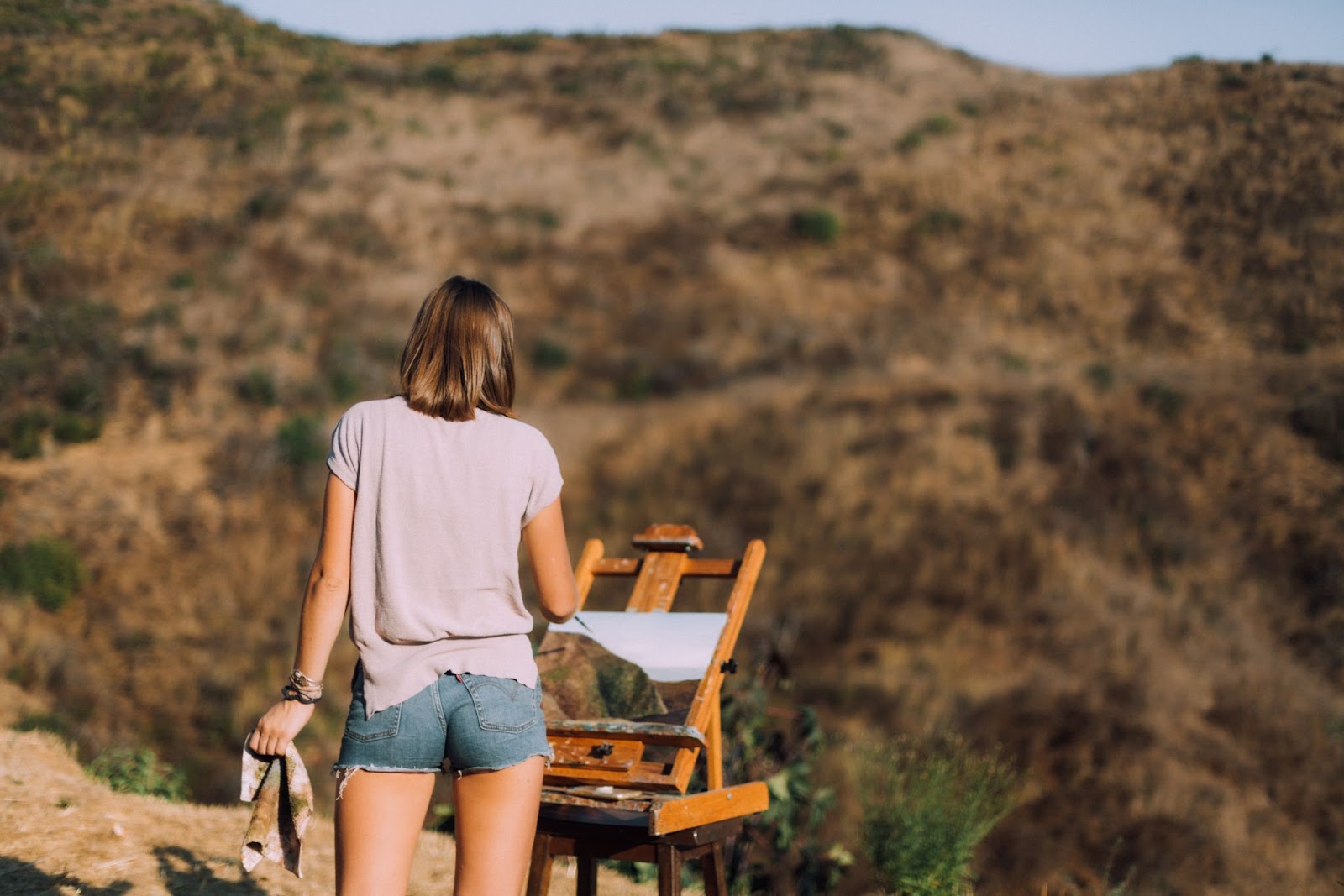 Redclay explained, “I took a Zoom class [Painting 1] with Randall Exon, and he is one of the most incredible painters I have ever gotten to speak with. I decided that I wanted to take the opportunity that I had to learn from him.”

“In my methods and materials class with Logan Grider, which has been a wonderful class, we’ve learned how to make all these different types of paint, including oil paint and egg tempera…You just crack an egg and use the yolk and raw pigment and you paint onto a primed panel. It’s very fun.”

The process dates back to Ancient Egypt, and is extremely involved. First, Redclay makes cradled panels at the makerspace. Then, the tradition is to create a powder out of rabbit skin.

“We didn’t do this; we had pre-ground rabbit skin,” Redclay said.

Next, once soaked and boiled, it creates a glue, into which Redclay adds fine marble dust and chalk, which turns into a gesso to use for priming the panels. She primes the panel with at least six layers, then sands it. Priming takes four to five hours, because each layer must dry. Then, Redclay separates an egg yolk from the whites and mixes it with distilled water, finally adding raw pigments; some are ground from rocks while others are synthetic. 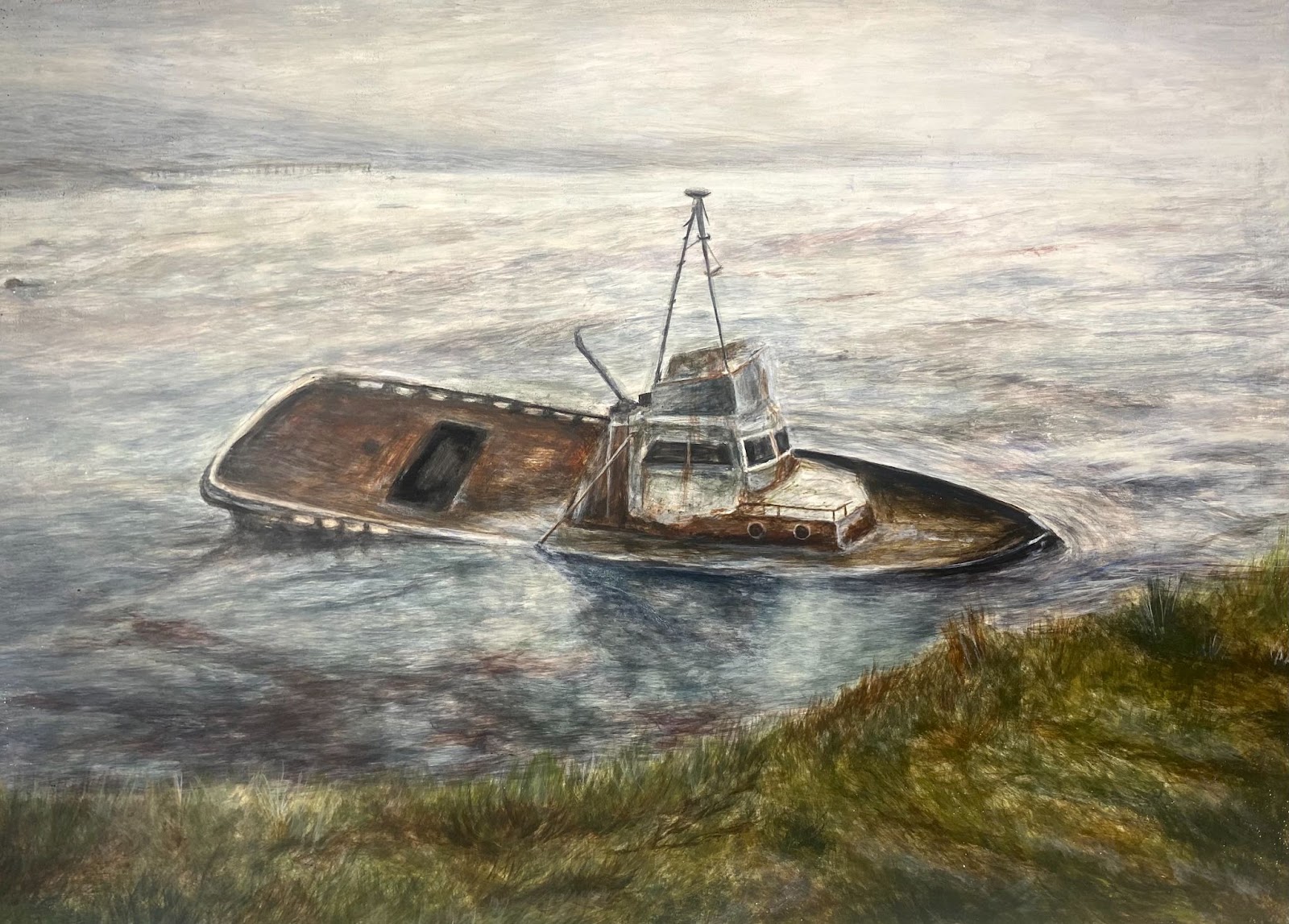 “I painted a photo that had been taken of a sinking ship, because I think there’s the ability to create really interesting high-contrast paintings with egg tempera, and also you can create such incredible detail and layers. Really, painting with egg tempera is about working with layers, because you can’t load the egg yolk with that much pigment, so it’s often very translucent when you paint with it. I was painting water, so I was able to paint under the water first and then layer more translucent layers on top of it, so it really has a lot of depth. And the sinking ship that I painted was also very rusty so I was able to get a very cool rust effect.”

In using natural elements to depict landscape scenery, Redclay forms a connection between her process and her subject. Her focus on the natural world is not only in the visual sphere, but also in the tools and production of her art. The final result of her layered egg tempera is a strikingly multidimensional scene with a barely visible pier in the background. The water surrounding the boat reclaims the ship with a force redolent of the powers of the elements, in some sense emblematic of the way that the materials controlled Redclay’s creative development.

Redclay’s craft and use of earth-based materials also extends to pottery, something that she began with her dad as a hobby. Redclay immediately fell in love with the pottery wheel, and she worked prolifically to perfect her craft, making so many ceramics that she needed to find new homes for them.

“I started a small business [Redclay Pottery Company] in my town in which I would sell at local stores and popups, and also I have stuff in stores up and down the coast of California. People always think that it [Redclay] is not my actual name…particularly when I go to order clay. They say, ‘who’s this order for?’ And I say, ‘it’s for Redclay.’ And they say, ‘no, the name, not the type of clay.’” 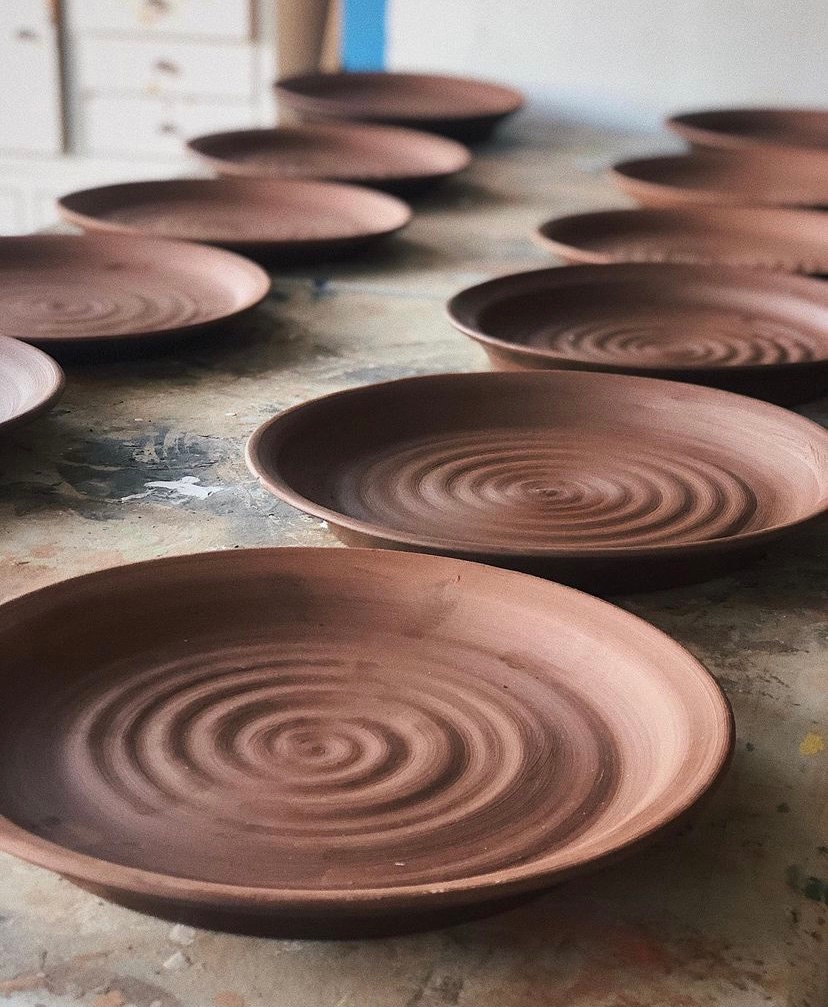 Redclay’s pottery has made a name for itself in her community. As more people supported her art and purchased her mugs, she appreciates that the utility and beauty of pottery encourages others to interact with her work.

“I do a lot of work on the wheel, specializing mostly in mugs because I love to make something that people will use every day. My goal is to make each person’s favorite mug that they’ll be reaching for every morning…I am currently making a bunch of Christmas ornaments for my friends.”

Redclay finds particular joy in sharing her work and seeing its purpose and novelty for others. In all of Redclay’s art, she looks to capture “beautiful moments in nature,” be it through physically molding clay, using mineral pigments, or painting a dozen layers to form a single wave. 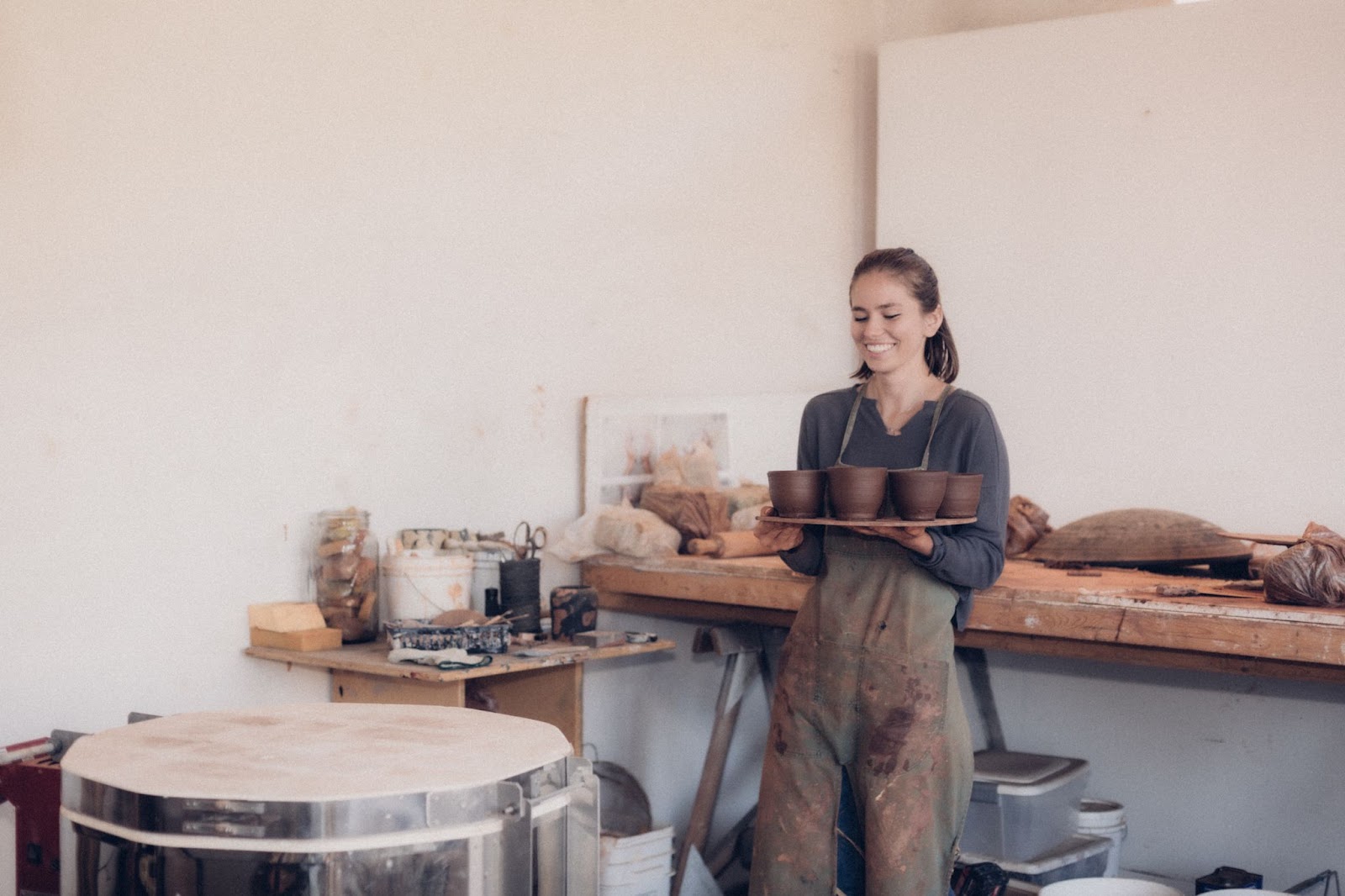