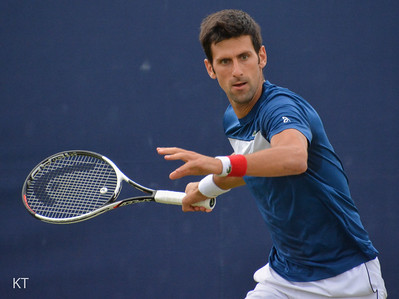 The Australian Open concluded on Saturday in Melbourne. Despite a COVID-19 lockdown in the city which caused several matches played without spectators, competition remained intense with historic and surprising wins in all brackets of play.

In the Women’s Singles tournament, three Americans — tenth-seeded Serena Williams, 22nd-seeded Jennifer Brady, and unseeded Jessica Pegula — finished in the final eight. Williams, who has won the Women’s Singles tournament seven times at the Australian Open, most recently in 2017, bested seventh-seeded Aryna Sabalenka of Belarus in the fourth round in a 6-4, 2-6, 6-4 fashion, to enter the quarter-finals. Williams then earned her bid to the semi-final round by topping the second-seeded Simona Halep of Romania 6-3, 6-3. Pegula’s entrance into the final eight came with an upset win over fifth-seeded Elina Svitolina of Ukraine. Though unseeded, Pegula’s most recent win, in addition to a first-round win against twelfth-seeded Victoria Azarenka of Belarus, suggested she would be a strong contender to advance further in the tournament. Despite an early lead in her quarter-finals match against Brady, Pegula’s quick rise to prominence in the tournament ended last Wednesday with Brady earning a spot in the semi-finals.

Also in the quarter-final round were number-one seeded Ashleigh Barty of Australia and number-three-seeded Naomi Osaka of Japan. Barty, who was competing for her first title at the Australian Open and her second Grand Slam title, finished in the semi-finals at the Australian Open last year and won the French Open in 2019. Though Barty was seeking her first Open title in her home country, she was defeated in an upset win by 25th-ranked Karolina Muchová of Czechia in the quarter-finals. Despite an early lead by Barty and a medical time-out by Muchová, Muchová earned her bid to the semi-finals by besting Barty in the final set of the match. Despite her astounding victory over the number-one seed in the tournament, Muchová was then defeated by Brady in the semi-finals.

On the other side of the bracket, both Williams and Osaka qualified for the semi-finals in a long-awaited rematch of the U.S. Open finals in 2018. Though Williams has had a longer history of success at the Australian Open, Osaka boasted the most recent tournament title which she won in 2019. While Williams still remains the all-time great in women’s tennis, Osaka won their semi-finals match last Wednesday in two sets, 6-3, 6-4. Osaka’s path to victory continued through the finals on Saturday, Feb. 20, where she bested Jennifer Brady 6-4, 6-3. Osaka won her fourth Grand Slam title and her second title at the Australian Open.

The Men’s Singles event also concluded with an unsurprising victor — first-seeded Novak Djokovic of Serbia — who has now won the Australian Open for three consecutive years and nine times overall. However, Djokovic’s path to victory was not inevitable, as six players who remained in the final eight were all seeded in the top seven. Djokovic earned a bid to the semi-finals with an intense, four-set victory over sixth-seeded Alexander Zverev of Germany. Fortunately for Djokovic, he did not have to encounter second-seeded and long-time rival Rafael Nadal of Spain at any point during the tournament. Djokovic and Nadal have met in sixteen Grand Slam finals previously, with Nadal winning ten of the match-ups. Nadal was eliminated in the quarter-finals last Wednesday in a devastating five-set match to fifth-seeded Stefanos Tsitsipas of Greece. Despite his epic victory over Nadal, Tsitsipas was later eliminated by Daniil Medvedev of Russia. Unseeded Aslan Karatsev of Russia was the first to earn a bid to the semis with his win over eighteenth-ranked Grigor Dimitrov of Bulgaria. Karatsev was then defeated by Djokovic in the semi-finals, forcing a Djokovic and Medvedev final round matchup. Djokovic defeated Medvedev on Sunday, Feb. 24 in three sets, 7-5, 6-2, 6-2 to earn his eighteenth singles Grand Slam title and third consecutive Australian Open.

In Women’s Doubles, an unseeded pair of American teenagers, sixteen-year-old Coco Gauff and nineteen-year-old Caty McNally, earned a spot in the quarter-finals with an upset over the number ninth-seeded pair of Alexa Guarachi of Chile and Desirae Krawczyk of the United States. Gauff and McNally have competed together in doubles several times within the past few years and have won championship titles at the junior level. The pair finished in the quarter-finals of the Australian Open in 2020. Despite efforts to extend their campaign even further this year, Gauff and McNally were eliminated on Tuesday in two sets by the fourth-seeded pairing of Nicole Melichar of the United States and Demi Schuurs of the Netherlands. Elise Mertens of Belgium and Aryna Sabalenka of Belarus, the second-ranked pair in the tournament, won the Women’s Doubles tournament on Friday. The title in Men’s Doubles was won by Filip Polášek of Slovakia and Ivan Dodig of Croatia. Barbora Krejčíková of Czechia and Rajeev Ram of the United States won the title in Mixed Doubles.

Despite challenges presented by the COVID-19 pandemic, the Australian Open continued to deliver a stellar level of competition through the final rounds of the tournament this past weekend, with upset victories and well-deserved titles in all tournaments.