Campus Journal » College Will Not Test Near-Campus Students, Claiming they are Already Immune 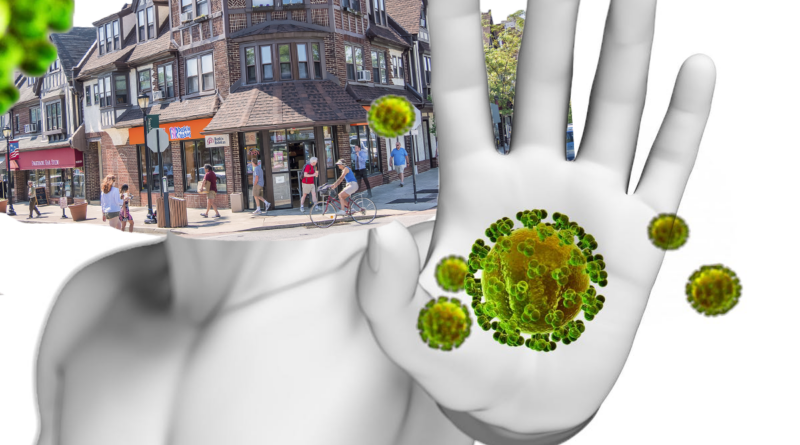 Students living near campus in the Ville have found themselves in a sort of liminal space, existing somewhere in the gray zone between being on-campus students and being remote students. College policy regarding students living in the Ville has for the most part treated them as if they are remote students, denying them access to on-campus facilities including COVID testing. Yet they are in such close proximity to campus that in many respects they are de-facto on-campus students, interacting with students on campus and needing resources that are available only to students on campus. Primarily, the students in question have repeatedly requested access to COVID testing. While the administration’s denial of these requests has caused much anxiety among the student population recently, a new announcement in a recent email from the administration has quelled all conflict and solved the problem painlessly for all.

Before this new development, the administration had supported its policy of treating near-campus students the same as far, off-campus students by arguing that upholding a strict divide between campus and off-campus (even areas very close to campus) is essential to maintaining a COVID-safe “bubble.” They argued that providing testing and resources to off-campus students would endanger the bubble since off-campus students do not need to abide by the Garnet pledge and are thus at a higher risk of contracting the virus and transmitting it to students on campus.

This issue has been bitterly divisive and difficult for both sides to navigate. The administration has an obligation to protect students living on campus as much as possible, but the circumstances put them in an uncomfortable position. They find themselves protecting students on campus from students off-campus, who are just as much a part of the community as students on campus. Near-campus students have been left feeling abandoned, in a strange position of being treated as remote students, yet still finding themselves in need of college resources.

This seemingly hopeless stalemate ended abruptly with an exciting announcement in a recent email by the administration.

“We are thankful to all the students who have thoughtfully expressed their concerns about the unavailability of testing to off-campus students,” began the email from the administration. “This has been a very difficult time for our community. This unprecedented pandemic has tested all of us, but through the hardship we have been inspired by the acts of kindness that have brought our community even closer together,” the email read.

“In the process of creating our campus COVID policy, we give much thought to the unique situation of off-campus students living very close to campus. We wanted to offer testing to these students, but after consulting with health-policy experts we determined that it would be impossible to do so. We understand that this is a difficult situation, and regret the strife and anger that this has brought to our community.”

After a few more similar paragraphs came the grand announcement that resolved the entire problem.

The administrator praised the researchers and the donors who funded their work.

“This research, conducted tirelessly in the basement of Martin over many feverish nights and days, was only possible through extensive funding provided by esteemed alumni. We are endlessly grateful for their contributions to our community.”

The announcement continued, explaining the consequences of this new discovery.

“As such, we will continue our current policy of not offering testing to near off-campus students,” it said. “In light of this new revelation these students’ concerns are no longer relevant, and we will not be engaging in any additional discussion of the testing policy as it applies to them.”

Administrative decision makers welcomed the announcement, which signaled an end to their period of unease. “The original plan was to ignore off-campus students, just pretend they don’t exist,” said a representative of the administration. “We were just going to keep our fingers crossed and hope there wouldn’t be an outbreak or anything that would endanger students on campus,” they said.

“To be honest, we were worried about it. I mean, it’s completely irresponsible to just ignore the problem and to let students fend for themselves. But now that we know that the students are immune we can just continue to do nothing as before, except we don’t have to feel bad about it!”

The sense of relief in the administrative halls of Parrish was palpable. No more would administrators have to expend mental energy towards consciously ignoring the existence of near off-campus students, nor towards maintaining the wishful delusion that an impermeable “bubble” exists. Gone was the perpetual cognitive dissonance of knowing that Bryn Mawr and Haverford include off-campus students in their testing plan, while simultaneously knowing that they both have noticeably fewer cases than Swarthmore and more students living on campus than Swarthmore. No more would the administration need to argue that off-campus students are a danger to campus because they do not abide by the Garnet pledge, knowing full well that they abide by COVID regulations just as much as on-campus students do.

“We used to try really hard to ignore dozens of students living off campus who do not have access to COVID testing that we could easily provide,” said another administrator. “Now we can continue to not offer them testing, but thankfully we don’t have to listen to any more complaining about it!”

Yet despite the cheery mood of the administration, near off-campus students, who are the subjects of this now-defunct administrative policy of exclusion, have expressed great confusion with regards to this announcement due to the fact that, contrary to the administration’s assertion, they are not in fact actually immune to COVID.

“When we asked them to address the issue, this isn’t what we thought would happen,” said a student living in an apartment in the ville. “I guess I appreciate the time and effort that went into conducting this research, but I think we’d be better off if those resources were instead allocated to providing us with COVID tests.”

The student continued, “I never really understood why they wouldn’t test me for COVID when the tent they do tests in is just a few yards away from here on Parrish beach. Can’t they just invest some time and money into figuring out another testing alternative for near off-campus students?”

Another off-campus student expressed a similar sentiment of confusion. “How can they possibly claim that we’re immune? Why won’t they just listen to us when we say that we’re in direct danger of infection?”

She continued by detailing the arduous process she currently goes through to get COVID tested. “The CVS on Baltimore Pike is the nearest place to get tested, it’s 1.5 miles away and it’s a drive-through clinic so they only let people in cars get tested,” she said. “So I have to wheel myself through the drive-through in a shopping cart that I decked out to look like a red 1996 Honda Civic, and hope that they don’t notice.”

When asked about this student’s predicament, a dean responded with a straightforward answer backed up by their scientific findings.

“She doesn’t need to go to CVS to get tested. Because she’s immune. She’ll be alright. She shouldn’t worry so much. She should just stop thinking about it. She just needs to remember that she’s immune, she’s not in danger. It’ll be ok.”

With this problem sorted out, administrators no longer need to waste time crafting carefully worded emails harshly denying students the services they need without sounding too uncaring or unsympathetic. Administrators have reallocated this new free time to other urgent pursuits: “Minding the Light” emails will now be sent out twice a day, and Public Safety will conduct regular room inspections to ensure that every resident is minding this light to the fullest extent. Additional white rectangles will be painted on Parrish lawn, and on every path in the Crum Woods. Pearson Hall will be converted into a Target, so that on campus students will not break the bubble when they have to buy more deodorant.