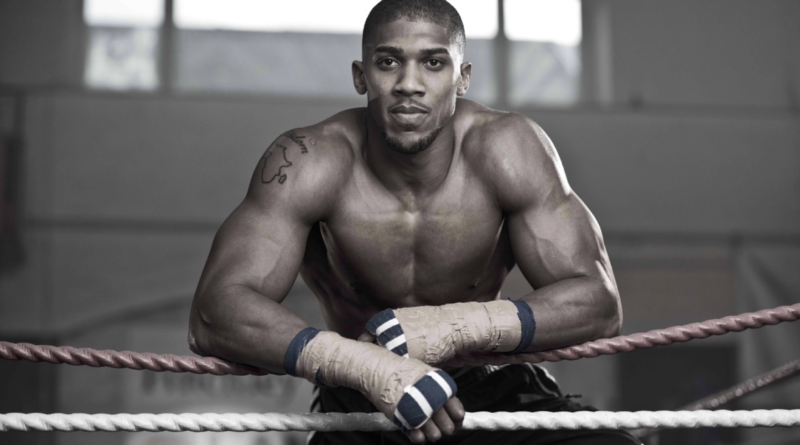 The home stretch for boxing approaches as the year draws to a dramatic close. However, there still remains momentus action in the heavyweight division following the return of Britain’s best pound for pound fighter: Anthony Joshua.

Boxing fans everywhere are in for a spectacle when Andy “The Destroyer” Ruiz Jr., a heavyweight boxer comes face to face with the 6’6 Joshua at a specially-constructed open-air venue in Diriyah, Saudi Arabia. The fight is set to be a revenge match for Joshua, who lost these belts in what many boxing fans consider to be one of the greatest upsets in boxing history.

In a bout at Madison Square Garden against Ruiz back in June, Joshua suffered a crushing defeat in a seventh round TKO after four knockdowns earlier in the fight. To add insult to injury, originally, American trash-talker Jarrell Miller was set to face Joshua instead of Ruiz, but failed multiple voluntary pre-fight drug tests. Ruiz jumped at the opportunity to deliver Joshua’s first defeat of his career derailing Joshua’s streak of wins and he did so on short notice.

Madison Square Garden is the mecca of boxing with a storied and controversial history. Some of the foremost fights, standing the test of time, including Muhammed Ali vs. Joe Frazier, “The Fight of the Century,” Mike Tyson vs. Mitch Green, “New York Is Busting Out”, and Holyfield vs. Lewis, which ended in a controversial split draw. If a boxer wants to get his share of the boxing fame, competing within the confines of the Garden is the way to do it.

To lose in “The World’s Most Famous Arena” is something no boxer can ever truly forget. For UK native Joshua, who was making his American boxing debut, this loss was more than just a stain on his then perfect record, but the rematch vs. Ruiz is his shot at redemption. It’s his shot to let boxing fans around the world know that he is made of that precious mettle that champions are made of.

Despite the shuddering, jaw dropping moment when Ruiz tagged Joshua with a dashing left hook in the third round, which left Joshua dazed until the fight was called off in the seventh round and instilled into the crowd a sense of doubt, Joshua still remains one of the biggest sporting stars on the planet.

Born in Watford, England and a late comer to the sport, Joshua turned pro following his success at the 2012 London Olympics in his 2013 debut at 23 years old. After his debut, he added thirteen consecutive wins, before avenging an amateur defeat by Dillian White. The fight was seen as a challenge for Joshua, but seven rounds into the fight, Joshua got the job done with a blinding cross, followed by a shattering uppercut, ending the fight in a KO. Next, Joshua finished off Charles Martin inside 5 minutes to claim the IBF title, and swiftly went through Dominic Breazeale and Eric Molina to retain the IBF title. He then defended his belts against Carlos Takam, Joseph Parker and Alexander Povetkin.

Joshua’s win against Wladimir Klitschko held in Wembley Stadium added the IBO and WBA titles to his collection, but also launched him to the status of international superstar. As of now, Joshua’s record is nearly immaculate at 22 victories and 1 loss: 21 victories came by way of KO, 1 by unanimous decision, and one defeat to Ruiz.

Joshua is unhappy with all the praise Ruiz had been receiving, following his defeat. British boxing’s marquee boxer is looking forward to putting an end to all the critics and doubt surrounding this defeat and the speculation concerning his mindset. Joshua expressed strong sentiments in an interview with Sky Sports, “You saw me in the ring [before the fight] – I wasn’t fighting King Kong, was I? [I didn’t have] that mindset… Apparently I’m fighting the quickest hands and the best fighter in the division. So once I beat him, I want everybody to bow to me.”

Joshua believes that because he did not have a camp designed to prepare for Ruiz, he did not have the proper mindset that would prevent him from overlooking Ruiz’s quick hands and tenacity by focusing on his unathletic physique.

Now, however, Joshua is a man on a mission.

Ruiz, on the other hand, has boxing in his blood. At the age of six his father, Andy Sr., pushed him into the world of boxing, leading to his first amateur fight at the age of seven. Ruiz’s amateur career took off in Mexico, where he achieved a dominant 105-5 record, won several national championships, and even made it to the qualification stage for the 2008 Olympics as part of the Mexican Squad.

Ruiz made a choice early in his amateur career to turn pro at 19. His pro debut was held in Tijuana, Mexico on March 28, 2009 attaining a first round KO against his opponent Miguel Salvador Ramirez. After two wins in Mexico, he made his U.S. pro debut on March of 2010 against Luke Vaugh, finishing him in similar fashion as Ramirez. It was in December of 2016 that the 29-0 boxer would face Joseph Parker for his first world title: the vacant WBO World Heavyweight Championship. In a controversial defeat, Ruiz felt motivated to bounce back and did just that in spectacular fashion with a first round KO against Devin Vargas.

In an interview with ESPN Deportes, Ruiz said, “It will not be an easy fight. I think it will be a hard fight, but nothing is easy in life, so we are training very hard. We will be prepared for whatever he brings… I will arrive in better condition…. lighter, faster and more powerful.”

Recent clips and photos from his camp reveal a slimmer, meaner looking boxer.

Ruiz is a man of equal, if not greater, drive to shut down the critics and doubters who have constantly looked at him as an underdog for his stocky physique as well as his short stature amidst the top heavyweight contenders who tower over him such as Doenaty Wilder, Tyson Fury, Joshua, and Wladimir Klitschko,who all stand around 6’5”. Unlike last time, Ruiz also has time to study his opponent and form a full camp dedicated solely to defeat Joshua.

Joshua, fighting from an orthodox stance, carries immense power in his punches. He has the footwork to cut off the ring, but lacks the critical skill of being able to tacitly getting in and outside the pocket. A way of doing this is with light footwork, while also using the jab to create distance between you and your opponent after throwing your punches. Joshua works behind a hard jab to set up his punches, whether it’s his favored cross to the body or a brief combination. Joshua isn’t one to barrage his opponents. Rather, he applies constant pressure at his own pace looking for openings, judiciously applying the power behind his punches. Following a strict, technically correct approach to throwing his punches, he never throws punches from odd angles as you would normally see from Ruiz. When finishing opponents, he uses short hooks and uppercuts with speed and power, which could make an appearance if he is able to land his infamous right hand.

Joshua maintains a long range defense, using his front hand to parry his opponent’s punches from a distance. He keeps his right hand glued to the side of his face, mitigating any hooks, and has an exceptional ability to duck hooks. Overall, his boxing ability isn’t stifled by technique, but by fluidity. His foot speed and hand speed is not at the elite level that would undoubtedly erase doubt from critics. It is not on par with the likes of Deontay Wilder, Tyson Fury, or even Luis Ortiz. This disadvantage surfaces in his inability to fight laterally, which ultimately cost him the first fight.

Ruiz, in similar style, has slow feet, but compensates with incredibly quick hands. He applies quick pressure and fights with heart. If someone throws something at him, he will reciprocate at an even quicker speed. His style is defined with his short reach. He cannot afford to let his opponent breathe in between their punches. He has to close the distance while his opponent thinks they’re going to land something — then he can get them in his range and unleash his much quicker, stronger punches. If he fails to properly close the distance, Ruiz uses looping right hands or a right hook. Ruiz’s slow feet also define his defense. He relies more on head movement to duck under punches and then return with a barrage of his own.

Both fighters have the boxing IQ to appropriately capitalize on their strengths and make it their opponent’s weakness. Both are slow on their feet, but this is a game of deceit and expression. Ultimately, this comes down to how Joshua manages his distance and chooses to confront Ruiz’s fast hands and whatever he may come at him with. Ruiz cannot be fooled into thinking that this is going to be a repeat of the first match and utilize his quickness and ability to throw accurate punches from unexpected angles.

Come this Saturday, both men have a lot to prove. Solidifying their legacies and shutting down doubters is at the top of their list. Ruiz was a late replacement and close to a nobody; he needs to shock the world twice with his iron fortitude to prove his elite skill. For Joshua, if he wants to continue on this path of going down as one of the all time greats, he’ll have to put a stop to Ruiz.