Lenny Seidman’s latest project “ARC”a full length performance suite that combines tabla and taiko drumming with contemporary dance and Japanese butoh, was presented at Swarthmore College on October 5th, 2018. “ARC” derives its name from the intention of the performance: to identify the arc between North India’s tabla and Japan’s taiko in order to consolidate a wide range of global drumming and dance practices. It is not only a multidisciplinary amalgamation of dance, but a statement piece in the current political climate.

The performance begins with a bright theater, with Gavino, Hunter, Oshiro, and Small entering the audience at separate times and entrances. All four repeat slow and trancelike movements. The first few minutes are unnerving — there is an occasional blowing of a horn, chanting, and beating of a drum, but no movement is particularly striking. Suddenly, the four dancers meet on stage and are joined by Seidman, Kageyama, Scholnick, and Marmor. Gavino and Hunter start to move rapidly and aggressively, both making wide, synchronized movements.

The dancers’ gestures become increasingly uncouth, their bodies (jerky and contorted) moving around the stage like furious specters. This shift to traditional, primordial motions of Japanese butoh produces some discomfort in the audience, with individuals shifting around in their seats and shooting apprehensive looks towards each other. Yet, in this way, the dancers are successful. The butoh was originally designed to be the polar opposite of contemporary Western dance and construct a new aesthetic that rebuffed the established practice. By incorporating movement and rhythm beyond traditional Western drumming and dance such as butoh, “ARC” combines both the different art forms and the most beautiful intentions behind each culture.

Tabla, for instance, is a traditionally north Indian pair of small, barrel-shaped drums. It produces the rhythmic framework of classical Indian tihai, a dance offered to provide inspiration and courage. Taiko drums, on the other hand, which are played with bachi (wooden sticks), have a cultural history that reflects opposition to the norm and a desire to cultivate a post-war identity. Similarly, the Japanese butoh not only intends to subvert expectations, but is also inspired by the core Buddhist value of compassion.

“Thundering taiko drums will offer a dynamic contrast to the quieter, complex rhythms of tabla; and as the taiko drummers explore a complex personal kinesphere with the space and volume of their drums, dancers will seek out sonic spaces and the rhythms that define them,” Arrow stated in his introduction to “ARC.”

Indeed, it is the difference of the two disciplines that allow them to mesh so well: the raw and deafening sound of the taiko drums against the exacting rhythm of tabla creates an incomparable and powerful synergy. Every beat is culturally entangled.

In terms of dancers and sonic spaces, the rhythmic acoustics of stomping, panting, writhing, laughing, humming, and chanting are essential to both Hunter and Gavino’s movements. While the two dancers often mirror each other and work together, Hunter’s background in hip-hop is manifested in his movements, as is Gavino’s passion for polyrhythms and training in folk dance. Even the costumes are distinct yet complementary — her bells are on her right ankle, his bells are on his left. As they stomp en masse, one dancer is silent while the other speaks.

It is clear that neither the drummers nor the dancers are the focal point of the performance. After a concentrated dance segment, the focus is reallocated to the drummers, with dancers even motioning towards the drummers. Furthermore, each discipline has an opportunity to showcase its instrument, and two of the concluding movements are a tabla solo and a taiko solo. The solos made it impossible to deny the phenomenal talent of the drummers. Not only were the drummers effortlessly fast, but moved as though they were extensions of each other’s minds and bodies. The final beats of the tabla and taiko drums playing in harmony, along with the pitch-black theatre illuminating only the six drummers, produced an unforgettable moment.

“ARC” makes no definitive, categorical statements. However, the intent to encourage and inspire collaboration is evident throughout the drum and dance experience. It is not only about connecting these different rhythmic and artistic mediums together, but about framing them in a way that would do justice to each. It is about connecting artists who had never previously worked together, about agreement and unanimity amongst nine creators. It is about immersing an audience and evoking joy, uncertainty, reflection, and appreciation. Seidman was more than successful in mixing different artistic expressions together; the performance was a masterful celebration of culture and difference. 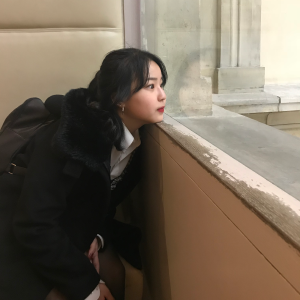