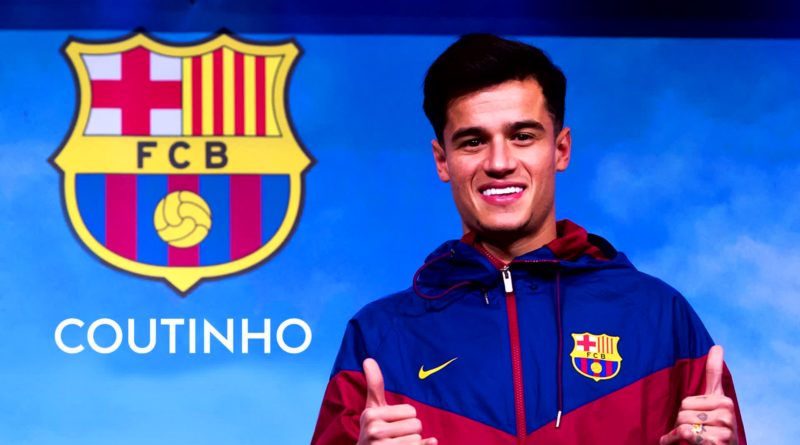 The month of January is one of the most exciting in European football, but not because of anything that occurs on the pitch. January is the month of a “transfer window,” the period in which football clubs around Europe can sign players from the transfer market and make deals with opposing teams. It is essentially, in American sports terms, the trade deadline, except it only lasts one month. Once the window ends, players cannot leave or join other clubs. In European football, there are only two opportunities for teams to transfer players: the January window and the summer window, which spans from June until September. These exact windows are only present in European football: leagues on other continents having slightly different schedules when it comes to transfers. The January window is especially unique because it is situated right in the middle of the European football leagues’ seasons. This gives teams the opportunity to bolster their squad on the quest to winning league titles, or cup competitions. It provides the opportunity for teams to replace injured players, pursue players who have been enjoying good seasons for other clubs, and send away players who are not in good form. The biggest signings tend to happen over the summer, when no leagues are in season and teams have an opportunity to work their new signings into their lineups in preseason. However, this past January, there were a multitude of big money signings that shocked the footballing world.

In recent years, the amount of money spent by football clubs has been enormous. Just nine years ago, Cristiano Ronaldo, whom many regard as the best player in the world, was sold for 80 million pounds to Real Madrid by English club Manchester United. Prices have only gone up since then. In 2013, Welsh winger Gareth Bale was sold by Tottenham Hotspur to Real Madrid for 89 million pounds. In 2016, French Midfielder Paul Pogba was sold to Manchester United for 105 million pounds. Last summer, Neymar was purchased from Barcelona by PSG for 222 million euros. Although no transfers were quite that large monetary wise in this window, the January 2018 window had some exciting moves nevertheless.

In England’s Premier League, widely regarded as the most competitive league in the world, there was a lot of shuffling among the top clubs. The Premier League was at the center of almost every large deal in this window, with over 554 million pounds’ worth of deals taking place. Liverpool FC, who currently are fighting for a top four spot had quite the window, selling their best player, Brazilian center attacking midfielder Philippe Coutinho to FC Barcelona, for a club record price of 106 million euros. To offset this big talent loss, Liverpool also purchased center back Virgil van Dijk from the mid-table English team Southampton for 75 million euros, making van Dijk the most expensive defender in the history of football. Van Dijk is nowhere near being regarded as the best defender currently in Europe, but considering his relatively young age at 26 and the way transfer prices have escalated over recent years, 75 million euros is a reasonable price for his talents. League leaders Manchester City also had a busy transfer window, purchasing center back Aymeric Laporte from La Liga side Athletic Bilbao for 57.2 million euros to complement John Stones and Nicolas Otamendi in their back line. Arsenal FC, to the delight of many fans who have been urging the club to go out and spend money for years, participated in some pricey deals as well. The Gunners purchased striker Pierre Emerick Aubameyang from the German club Borussia Dortmund for 56 million euros, while also performing a swap deal with English giant Manchester United, sending Chilean winger Alexis Sanchez to the Reds in return for the Armenian winger Henrikh Mkhitaryan. Other notable transfers include long time Arsenal players Theo Walcott and Olivier Giroud leaving for Everton and Chelsea, respectively, and Tottenham Hotspur signing Paris Saint-Germain winger Lucas Moura. Chelsea also signed Ross Barkley from Everton.

The other top leagues around Europe, the La Liga, Bundesliga, Ligue 1, and Serie A were not nearly as active as the Premier League. There are a couple reasons for why this may be the case. In some of these leagues, like the Serie A, most clubs don’t have the financial standing a multitude of Premier League clubs hold. As a result, these clubs cannot spend as much money in the transfer window. Additionally, in leagues like La Liga, the Bundesliga, and Ligue 1, the title has essentially been decided by this point, with Barcelona, Bayern Munich, and PSG as the likely winners of each league. Other teams in their leagues feel that it is not worth it to spend a lot of cash to jump only a few spots in the league table. In La Liga, there was obviously the massive signing of Philippe Coutinho by Barcelona, but otherwise, the league was rather quiet in the transfer window. In the German Bundesliga, Dortmund signed center back Manuel Akanji from FC Basel with no other teams completing any deals worth over 10 million euros.

As none of the other top five leagues had active windows, I will focus my analysis on the Premier League’s January and how certain additions and losses for the top clubs will impact the league going forward. Manchester City is comfortable in first place with Manchester United holding down second place by five points. At this point, it seems that Liverpool, Chelsea, Tottenham, and Arsenal will be battling for spots in the top four, which qualify teams for next years Champions League, Europe’s premier competition. Obviously for Liverpool, losing Coutinho hurts. He is one of the world’s top playmakers, but considering Coutinho was bound to leave in the summer, selling the Brazilian for 106 million euros to a team that is not going to compete for a league title in England seems like a good alternative. Coutinho had been linked to a transfer to Barcelona for some time, and there were rumors swirling that he wanted out of Liverpool for a period as long as five months. Signing van Dijk for 75 million pounds seems questionable at first glance, but with prices for players as high as they are now, the deal was definitely in Liverpool’s best interest. Waiting to sign van Dijk even a few months could have cost Liverpool millions of pounds. However, City buying younger center back Laporte for around 57 million euros was a bit of a head scratcher. The team already has three able center backs on its roster in veteran Vincent Kompany, Nicolas Otamendi, and John Stones. Despite this, it never hurts to have another option at center back. The signing of Laporte highlights City’s clear intention to see out the league and make a push for a Champions League title. All of those extra games require a rested, healthy back line.

The most notable deal of the transfer window was undoubtedly the Sanchez-Mkhitaryian swap between Arsenal and Manchester United. I think both teams benefited. Sanchez was either leaving for nothing in the summer or for something in the winter. His situation was comparable to Coutinho’s. Sanchez had wanted out of Arsenal for a while now because of Arsenal’s lack of success, and would certainly not have signed a new contract in the summer, allowing him to walk free. Arsenal was able to get a comparable winger in Mkhitaryan in return. Mkhitaryan was not seeing much time at Manchester United after consistent feuding with United manager Jose Mourinho, and will slot right into Arsenal’s starting 11. Sanchez joins an already world class attacking line at Manchester United, and seems to be poised for success after a couple promising games for United already. Arsenal acquiring Aubameyang is also huge for the club; Arsenal is poised for a bright future with Aubameyang paired with Lacazette up top, along with Mkhitaryan on the wing and Ozil, who just signed a new contract, at attacking midfield.

Do I think any of the Premier League signings will change the fate of this season’s title winner? No. Manchester City are too good. However, the race for the remaining three spots in the top four has gotten a lot more interesting, and hopefully, for the neutral fan at the very least, the title race will be a lot more intriguing for years to come.