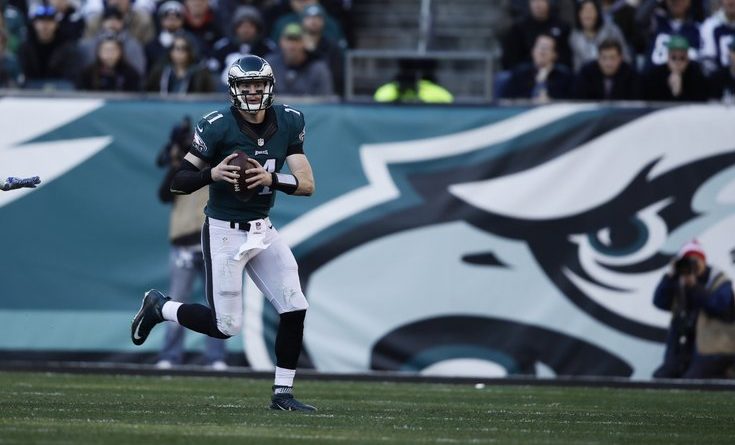 The 2017 season has been full of twists and turns, from the entire kneeling saga, to the recent benching of New York Giants franchise quarterback Eli Manning, to the issues concerning head injuries. There was also the stellar play of rookie Deshaun Watson of the Houston Texans, whose season was tragically cut short by a torn ACL. Injuries have plagued the season as many stars have faced season ending injuries: Odell Beckham Jr., J.J. Watt, Andrew Luck, Aaron Rodgers, Richard Sherman, David Johnson, and Julian Edelman to name a few. Despite these ugly storylines, there has been a surplus of intrigue and entertainment that every NFL season provides.

Several teams have had shockingly fantastic seasons this year: the Eagles are 10-2, shattering my earlier prediction that Eagles fans should have somewhat reserved expectations for the year. The Minnesota Vikings are 10-2 as well, the Los Angeles Rams are 9-3, and the Jacksonville Jaguars are 8-4, three teams who have not had strong seasons in a while. Currently, the playoff picture is pretty surprising, for fans and NFL analysts alike. As many expected, the New England Patriots and Pittsburgh Steelers are at the moment the first and second seeds, respectively, in the AFC. However, the Baltimore Ravens are doing quite well at the sixth seed, and the Tennessee Titans are exceeding expectations at the third seed. The most surprising outcome so far are the Jacksonville Jaguars, who currently sit at the fifth seed in the AFC.  Despite being the laughingstock of the NFL along with the Cleveland Browns for the past five or six years, the Jags are sitting pretty at 8-4. This is 3 more wins than they have had in the past six seasons; the Jags went 5-11, 2-14, 4-12, 3-13, 5-11, and 3-13 from 2011 to 2016. This allowed them to consistently get high draft picks and develop a young, talented team. The Kansas City Chiefs round off the current AFC playoff picture at a meager 6-6, despite such a strong start to the season.

In the NFC, the playoff bracket is much stronger than the current teams in the AFC playoff picture. No team in the NFC bracket has less than eight wins. The Vikings and Eagles are currently the 1 and 2 seeds, respectively. The Rams have done well in their first season in Los Angeles at the 3 seed, the New Orleans Saints are a strong 4 seed, and the Carolina Panthers and Seattle Seahawks bring up the rear with 8-4 records. It is unlikely that in the remaining four weeks of the season that much of this bracket will change. Some teams may shift seeds, but I predict that the previously mentioned teams will all make the playoffs.

I used the ESPN 2017 NFL Playoff Machine Generator to make my predictions for the playoffs. I believe that all teams currently in the playoffs will make it, with the exception of the Kansas City Chiefs missing out, with the Los Angeles Chargers taking their place. In the AFC, I believe the Jaguars will defeat the Titans but will lose to the Patriots in the next round, and the Ravens will beat the Chargers, but lose to the Steelers in the following round. The Steelers will beat to the Patriots in a rematch of last year’s AFC Championship and head to the Super Bowl. In the NFC, I believe that the Vikings will beat the Panthers, and the Eagles will reach the NFC championship. The Seahawks will beat the Rams but lose to the Saints, who will go on to defeat the Vikings in the NFC championship. The Saints will then lose to the Steelers, who will win their seventh Super Bowl. These are just my predictions, and obviously a lot can change in these next four weeks, but I believe these are the most likely scenarios. In my opinion, Pittsburgh fans should be very optimistic about their team’s chances in the playoffs this year.

It will be interesting to see how the rest of the NFL season plays out. There have been so many great stories this year, like Carson Wentz’s quarterback play, the Saints surprising rushing attack, and the play of the Los Angeles Rams. The playoffs are the most exciting time of the year, and I’m sure it’ll be full of surprises, just like this season so far. Until then, all we can do is enjoy the drama in the remaining weeks.