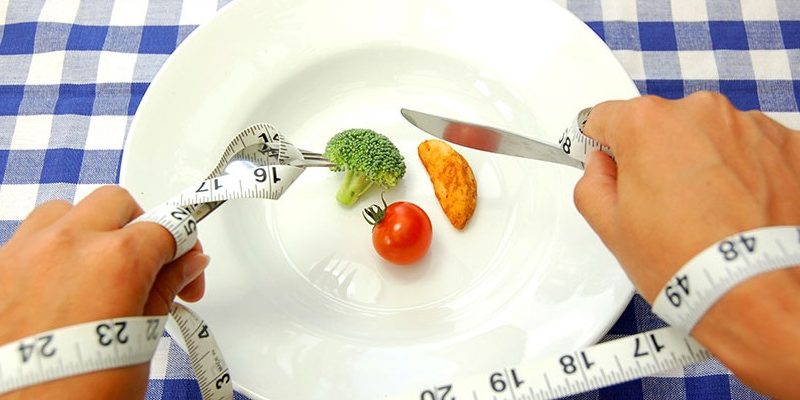 For the past three weeks, my usually non-toxic Facebook feed has become a hotbed of articles instructing me on how to “fight off the festival fifteen” and maintain my weight (and, consequently, as societal rhetoric would have it, my beauty/identity/worth in the world) throughout the period of turkey, pies, and eggnog. As someone who has struggled with body dysmorphia and disordered eating for over a decade, seeing the world of female-targeted media shift its focus towards what my weight would be on January 1st made me, initially, anxious – what was I going to eat during the holidays?

Then it made me angry. Thanksgiving has always been my favorite holiday; Christmas is a close second. I have had some very crappy holiday experiences (think Blair Waldorf eating – and subsequently purging – an entire apple pie in Season 1 of Gossip Girl bad), but I also have some really beautiful memories of teaching my mom how to lattice a crust and saving my food stamps for weeks so I could bake pumpkin cookies for my coworkers. To have the holiday season reduced to a “choose your own adventure” of diet plans was sickening and enraging all at once. And yet, the voice in the back of my head that still knows how many calories are in an 8 oz. glass of eggnog would not be assuaged.

The holidays are about being thankful. The media’s holiday rhetoric, at least a lot of it, is about how we can survive the season while making sure our thighs still don’t touch. And that, to put it bluntly, is really, really fucked up. In response to every article I have read about avoiding the “hidden holiday calories,” and in support of any woman who has heard the comment that she’s “eating a lot” (or, conversely, not eating enough), here is one girl-in-recovery’s guide to food-shaming around the holidays.

There are a million things about a person that are more important than the number that appears when they step on a scale. Yet so often, when we re-encounter old acquaintances, the first thing that leaves our lips is, “You look great! Have you lost weight?” Sure, this is intended as a compliment. But the silent lesson is that losing weight is the quickest (and, often, the only) path to looking good.

Instead: compliment someone on something – anything – else.

Maybe you saw how politically active they were. Maybe they ’grammed that their volleyball team made the Final Four. Maybe they went on an interesting trip to Europe. Pick any of the plethora of other things that make a person who they are and focus on this instead of focusing on their weight.

The first thing they tell you in treatment for any eating disorder is to stop treating food as a dichotomy between good foods and bad foods, salad on the one end and fudge on the other. The vast majority of suggestions for holiday eating plans involve avoiding the “bad” foods in tremendously restrictive or ridiculous ways, including daily (!) weigh-ins to “monitor your own progress.” As someone who spent several months on a medically-mandated eating plan through the refeeding process, I can tell you that it’s not cool or trendy to have to bring your own food to a meal that someone put thought and care into cooking for you. It sucks. To have this manipulated into a diet plan (bring your own salad to Thanksgiving dinner so you won’t be tempted by turkey!) only serves to contribute to the already-existing fetishization of eating disorders.

Highly-regimented food plans are not the makings of a healthy relationship with food; they are an emergency solution that should only be used when you truly cannot be trusted to nurture yourself and take care of your body. If that’s not reason enough for you, restrictive diets have been shown not to work  — they actually serve to make cravings for certain foods stronger, while simultaneously making the act of eating itself feel wrong.

Instead: eat what you want, when you want it – just listen to your body.

A preemptive note on this point – obviously, for medical reasons, everyone has different dietary restrictions and needs.

I will let you in on a secret that somehow we have forgotten (or at least have decided to tell women the complete opposite of): one cup of eggnog is not going to kill you. Here is a list of other things that are very, very unlikely to kill you:

Listen to your body and your own needs, instead of what someone on The Odyssey Online has said is the magic bullet for holiday weight-loss. And if your body is telling you to have another plate of (full-fat) mashed potatoes with (full-fat) gravy? Go for it.

Stop: saying no (or yes) because you feel like you “should.”

Another tidbit from treatment: the word “should” is toxic. There is no “I should eat this” or “I shouldn’t eat that.” Beyond being damaging to those around you who may be struggling with disordered eating and actively trying to quiet these thoughts, this type of comment teaches children who might overhear to associate certain foods with guilt and shame, increasing the likelihood that they will grow up to have their own struggles with disordered eating or body positivity.

Instead: say yes (or say no) because you want to.

Stop: remaining in situations that are toxic.

The bottom line, if I can leave you with anything, is this: people are going to say and do things that are challenging and problematic. You will encounter groups of (predominantly) women discussing whether they prefer Atkins or South Beach, or talking about how they’re waiting to revamp their online dating profiles until they’ve lost another 10 pounds. You do not have to listen to them.

Instead: remove yourself and do something that nourishes your spirit.

Ask your baby cousin what she’s building out of Legos. Sit and journal about what you’re thankful for. Watch Vikings-Lions (or Chargers-Cowboys or Giants-Redskins, if you’re into that sort of thing). Find a source of affirmative imagery (@bodyposipanda on Instagram is one of my personal favorites). Don’t force yourself to stay in a damaging, negative environment during the most wonderful time of the year.

This all may sound aspirational. It is. It’s easy for me to sit here and feel removed, to write about the importance of body positivity and how to remove toxic thoughts as though it’s the way I live my life, and I owe you the disclaimer that it’s not. I wrote this in part because I think it’s important, and I think it might help, and in just as large a part because I needed to read it. I can sit and wax on about the bullshit way the media depicts women — but I also looked at the new recipe for sweet potato casserole and immediately panicked at the thought of putting mini marshmallows in my body. Recovery is not easy, and it’s not constant, and some days are wonderful and some leave you curled up in a ball, wondering if you really needed that extra helping of stuffing.

My hope is, if nothing else, to give you a counterpoint, to pit the unending suggestions of diet plans against an alternative way of looking at the world, and to remind you that, as hard as it can be to recognize, you are so much more than your caloric intake or the number on the scale. You are important and valuable, just by being you.