Campus Journal » The Quest to be Costumed 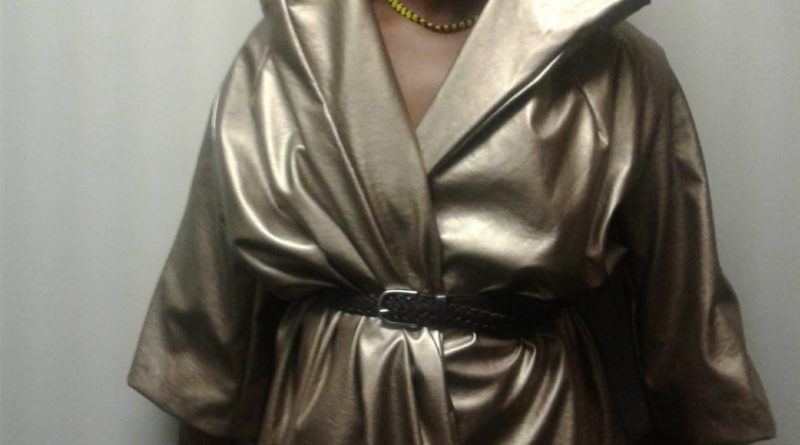 As a child, during the heady, early stages of Halloween costume planning, when I was constrained only by my imagination and the fine motor skills necessary to render its products in Magic Marker, I was always attracted by the idea of becoming an inanimate object. I think it was the promise of complete transformation that appealed to me – that for one windy fall evening you could completely and truly leave your everyday form behind and metamorphose into a lamp or half of a sliced avocado. My mom, more familiar with the earthly limitations of cardboard and cotton batting, would gently try to steer me in the direction of something with a marginally more humanoid shape, meeting with mixed success.

The past few years at college, my costumes have become more and more haphazard.  The prospect of planning a costume can feel less like an opportunity to radically break with the ordinary and more like another necessary step to be taken in the constantly-enacted but never-quite-complete process of creating a distinctive public identity. Unable to think of something clever, this year I wore a black-and-gray beehive wig and a Goodwill dress with commanding shoulder pads that I recycled from freshman year. My hairdo stuffed with plastic bags and wobbling precariously, I felt appropriately and festively transformed, but part of me sensed that through the mists of time, my younger self, carefully weaving drugstore plastic snakes through a headband to dress as Medusa, was shaking her head disapprovingly at my lack of concept.

The next day I found that quite a substantial portion of the Internet is devoted to providing assistance to people who have trouble coming up with Halloween costumes. This includes a number of websites that offer the services of a “costume generator,” which randomly combine adjectives and nouns. My particular favorites were the generator that offered mildly racy ideas like “erotic mermaid egg” and “sensual weasel,” and the one that drew all of its nouns from the titles of Wikipedia pages so that the suggested costumes were, shall we say, not easily recognizable: “sexy members of the Victorian Legislative Assembly, 1945-1947,” and “scary Guaiquerí-class patrol boat” are representative examples.

Amused but unsatisfied, I turned to Emilie Shepherd ’18, a lifelong Halloween enthusiast and crafting expert, for her advice on the costume creation. When asked about how she comes up with ideas, she, like many great artists, found her artistic process difficult to describe, as concepts tend to come to her in unexpected moments of inspiration. However, these flashes of creativity are fostered by consciously keeping oneself in a constant state of receptivity to costume ideas.

“I usually start thinking about my next costume as soon as Halloween is over,” said Shepherd. “I’m often just struck with something, so there’s not usually a long deliberation process. I’ll just think of something and be like, oh, that’s it. And sometimes it happens a week before Halloween, or two months before, or two days before.”

Accordingly, her suggestion to other costume seekers is “always be thinking about Halloween one hundred percent of the time.”

Shepherd particularly enjoys costumes that involve a moment of excited recognition for the viewer, and consequently tends to dress as minor characters from movies or TV shows. Last year she and Shantanu Jain ’17 dressed as Tammy and Birdperson from “Rick and Morty”.

“I feel like the best Halloween costumes are not the most obvious,” Shepherd said, “but they’re still recognizable so that someone who knows the reference can be like, oh, you’re that guy!”

She enjoys pun costumes for a similar reason, but it is important to her that they also work on an aesthetic level: “I like something that looks like a good costume even if you don’t get it. You can tell a person put thought into it and you’re like, oh, cool!” Notable puns from Shepherd’s past include a thesaurus, depicted as a “nerdy dinosaur,” a pirated movie, and a “walking dead language” in the form of a zombie in Roman garb.

For Shepherd, much of the joy of costumes comes from their construction.

“I really like crafting,” she said. “I love the process of making a costume, so it’s important for me that my costume reflects that I put time into making it. I approach it as an art project.”

This amount of time can vary from two hours to the innumerable hours she once spent welding together two Rock Band guitars as part of a “Doof Warrior” costume from the film “Mad Max: Fury Road.”

However, she also respects simple costumes, noting that her best outfit over the years may have been when, as a four-year-old, she dressed as “purple pants purple shirt,” and that crafting doesn’t need to be an integral part of the Halloween experience for everyone.

“My biggest thought about Halloween is that I love it and I want people to enjoy it, so if you find making costumes stressful, don’t do it. Throw on some cat ears or whatever — it’s supposed to be fun. Just pour your heart and soul into it. If you wear things with confidence, it’s going to look good.”

Being in the presence of Shepherd’s enthusiasm for the spiritual core of Halloween reminded me that ultimately the importance of the costume is secondary to its effects on the wearer. Wearing a costume may offer you the opportunity to exercise your artistic (and structural engineering) skills and demonstrate your commitment to the festivities in a way that builds community, as it does for Shepherd. It may allow you to step outside your everyday gender presentation or to otherwise alter the way you normally show your body to the world. It may help you to utter particularly effective prophecies or to feel safe from evil spirits, as it did for the Druids who painted their faces white and wore animal heads and skins on a festival known as Samhain that was celebrated on the night of Oct. 31 and is thought to be an ancient precursor of Halloween.

Or it may help you yourself to feel a little more evil and a little more powerful, as I certainly did in my large wig, and as I suspect Shakina Kirton ’18 did when I attempted to interview her on Halloween night. Magnificently dressed in a gold cloak and obscuring the lower half of her face with a golden mask, she agreed to have her picture taken, but as I began to ask her to explain her costume, she interrupted.

“Concept!” she said, before stalking off into the night.